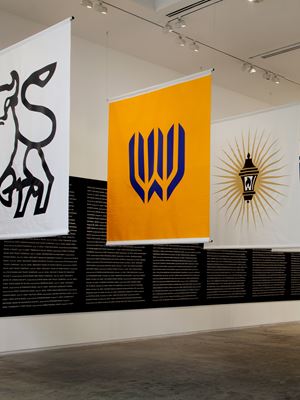 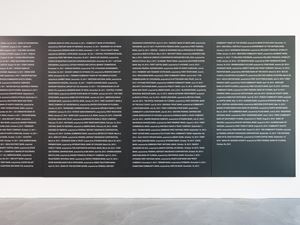 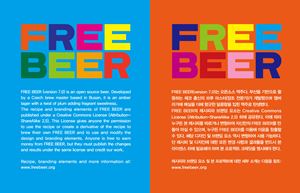 Kukje Gallery is pleased to present a solo exhibition of work by SUPERFLEX on view at the gallery's Busan space from August 14 to October 27, 2019. Founded in 1993 by Jakob Fenger, Bjørnstjerne Christiansen, and Rasmus Nielsen, SUPERFLEX contemplates the nature of a globalized world and its power structure while persistently questioning the role of artists within a contemporary society. Titled In our dreams we have a plan, SUPERFLEX's first presentation with Kukje Gallery weaves together a narrative of power and symbolism mediated by the global financial crisis of 2008. While the exhibition title appropriates the lyrics of ABBA's Money Money Money (1993), it shifts the original 'I' to the plural 'we,' hinting at the current crisis that we face not as individuals but as humanity.

Installed on one side of the gallery is the Bankrupt Banks painting series, portraying the logo of banks that declared bankrupt and were subsequently acquired by other banks, governments, or private entities in the effect of the global financial crisis in 2008. Originally designed to serve as symbols of authority and confidence, the logos now adorn the walls as abstract portraits of failed power structures. On the other side of the gallery is the Bankrupt Banks wall piece, a long black panel in memory of the global financial crisis. Beginning with the statement that Alliance & Leicester was acquired by Grupo Santander on July 14, 2008, the piece is an ever-growing timeline that charts not only the collapse but the consequent reconfiguration of the global financial system. Also visualizing the irregularities of the system is Connect With Me, illustrating the dramatically fluctuating value of Bitcoin, the most controversial currency of our time. The sculptures materialize the abstract flow of the cryptocurrency's value during an 18-month period in which it peaked the highest thus far.

The financial crisis that hit the world in 2008 quickly deprived us of our faith in advanced finance and quondam trust in neoliberalism. The younger generations that had not had the experience of living through the utopian modernist days of dreaming of and creating a better future were suddenly forced to witness the collapse of the globalist fantasy and demise of postmodernism. As the human world fluctuates, nature no longer idly awaits. Hinting at the ominous threats of nature is Après Vous, Le Déluge, installed near the gallery entrance. The three blue glass sculptures embedded on the wall indicate the rise of sea level caused by climate change, following the specific predictions of the 2015 Paris Agreement. When the role of contemporary artists is to provide a new perspective with which to gauge the world, SUPERFLEX seeks to faithfully visualize the invisible powers that propel our present and future.

In celebration of this show, SUPERFLEX also presents FREE BEER in collaboration with Kukje Gallery's neighboring pub Praha 993, also located within the F1963 cultural complex. Promoting the spirit of not 'free (of charge)' but 'freedom (of speech),' FREE BEER was first conceived by SUPERFLEX in 2004 with students of the IT University of Copenhagen in an attempt to apply the modern concept of open source and free software to a traditional material product. The recipe and branding elements of FREE BEER are published under a Creative Commons (Attribution-ShareAlike 2.5) license. Anyone is thus free to brew their own FREE BEER using the shared recipe and yield profit from it. The 'FREE BEER Version 7.0,' launched on the occasion of the exhibition with Kukje Gallery and developed by a Czech brew master based in Busan, is an amber lager with a twist of plum that adds a uniquely fragrant sweetness. Throughout the exhibition period, the 'FREE BEER Version 7.0' is available for sale at Praha 933.

In our dreams we have a plan 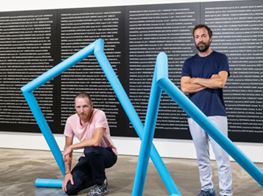 BUSAN ― Danish artist group Superflex interprets the symbolism of power and capital at the heart of the 2008 global financial crisis in "In our dreams we have a plan" at Kukje Gallery Busan. The title of the exhibit is borrowed from the lyrics of ABBA's hit song Money Money Money, but changed "my" to "our,"... 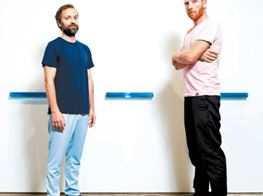 Visitors to Kukje Gallery's Busan branch will encounter three sculptures that look like blue pipes with curves and corners. The first stands low and has smooth curves, while the second one stands higher with sharp corners and the third is even higher with even sharper corners.

Sign up to be among the first to know when new exhibitions by Superflex or at Kukje Gallery open.