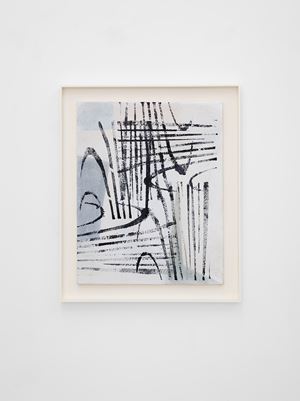 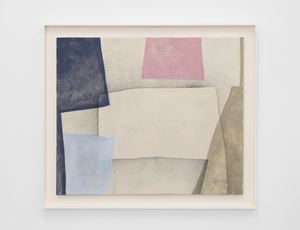 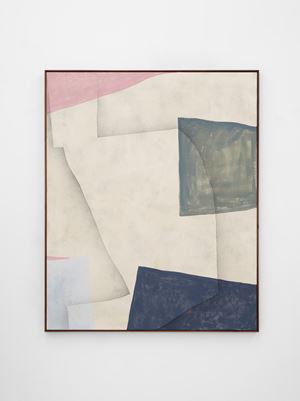 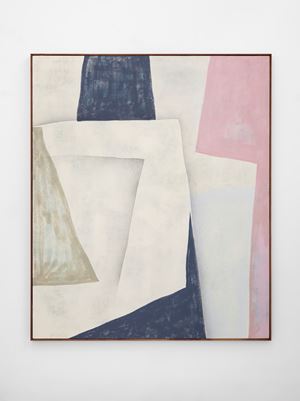 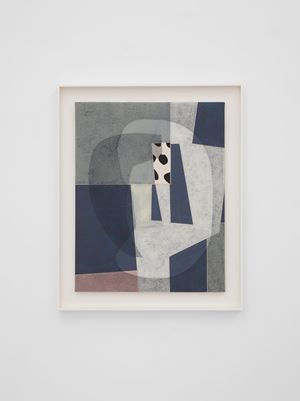 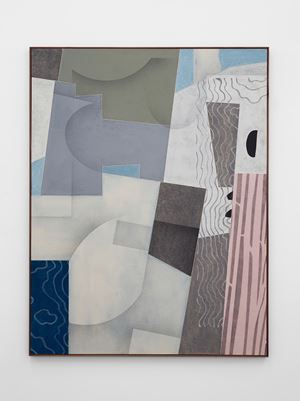 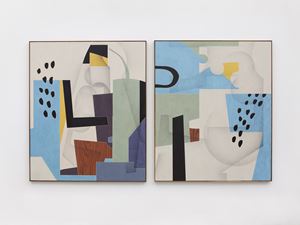 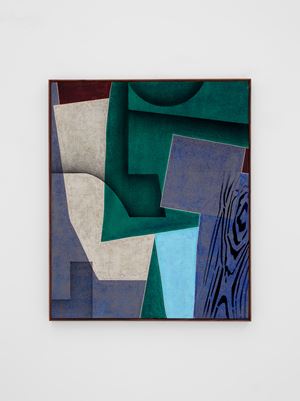 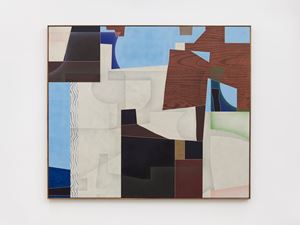 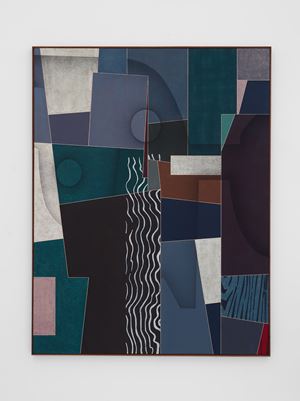 In this new series of works, Rodney Graham continues to play as a modernist painter. Drawing on the vocabulary of 20th century art, he splices together different styles, from Braque and Picasso, to Rodchenko and Fontana.

The works on view evolved out of the paintings created by Graham for his lightbox, Vacuuming the Gallery, 1949 (2018). Each of Graham's lightboxes involve a meticulously curated stage-set, with every prop, costume or backdrop carefully designed and produced. This four-panelled work, exhibited at Lisson Gallery during Frieze London 2018, depicts a pipe-smoking mid-century art dealer vacuuming his gallery, perhaps before an opening. Surrounding the dealer in his faux-gallery are a series of paintings that make up his new exhibition. These works were created by Graham to represent the abstract paintings that would have been radical, and represented by such an art dealer at the time, post-World War II. Graham even commissioned individual frames appropriate for the era. The language of these paintings was inspired by a single drawing from 1940 by Rodchenko, painted on canvas with gesso and sand, referencing this use by modernist artists from Picasso to Dubuffet, but layering the paint to create new textures.

Previous and recent painting series by Graham are also referenced throughout, including Possible Abstractions, based on a 1950s cartoon from a men's magazine lampooning modern art; the Psychomania Variations, variants on a prop modernist painting in one of the sets of a 1970s British biker movie; the Inverted Drip Paintings that evolved from The Gifted Amateur lightbox, picturing an amateur painter inspired by a Morris Louis exhibition in 1962; and a series of recent polka dot relief paintings. Sampling aspects of these paintings, Graham has created a new style, with various new modernist compositions.

Watch a video of Graham in the studio discussing this body of work here.

Sign up to be among the first to know when new exhibitions by Rodney Graham or at Lisson Gallery open.