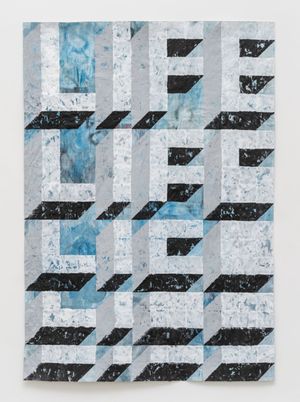 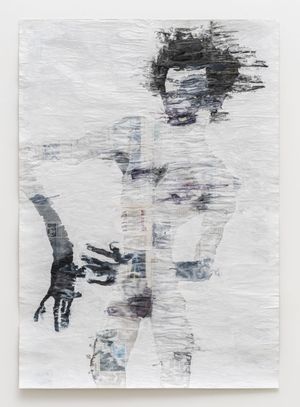 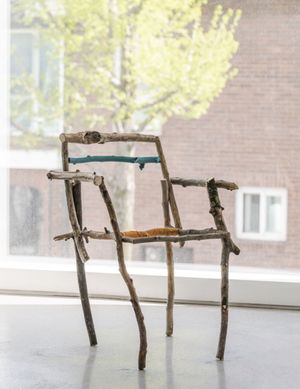 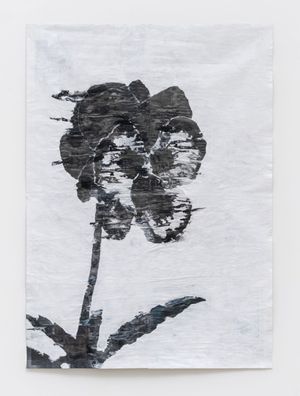 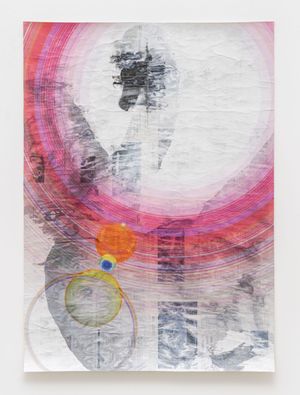 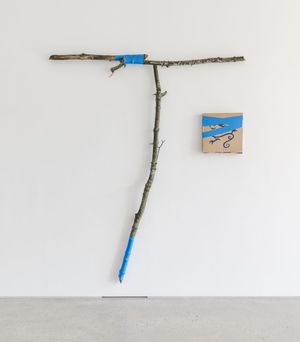 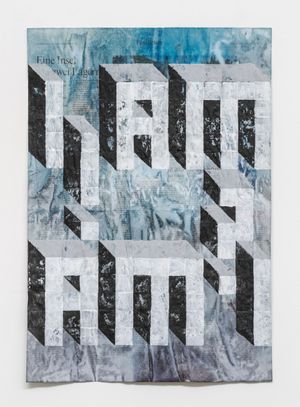 PKM Gallery presents a solo exhibition titled LIFE by Gabriel Vormstein (b.1974), who is an artist based in Berlin and has been active in Europe. In total of 17 works are on display at the exhibition for the first time in Korea, including his latest wood sculptures and paintings that he created in homage to Egon Schiele which eventually led him get recognised in the art world.

Vormstein has been focusing on the theme of transience, futility, and temporality with his distinctive and acute visual language. He initiates his subject matters from reconsidering the traces of time or that of art movements throughout history that emerge and fade to question the established criteria in art and its materials.

Vormstein mainly works with newspaper that is considered a 'low,' povera, and impermanent artistic material. He incorporates the process of covering the grids of information and advertisements inscribed on newspaper made of recycled paper with pencil and paint. Thus, the finalised paintings become layers of substances and a synthesis of diverse meanings. Multiple layers are enclosed within the delicate and fragile surface of his paintings; texts and images intermingle on the surface where only some parts are decipherable.

In his early paintings, Vormstein took figures from paintings by Egon Schiele, who was his main source of inspiration during his youth. The combination of constantly consumed news and feeble bodies recall the notion of death. Endangered animals and withered flowers that appear on his recent paintings are also related to the idea of 'memento mori' which has been a recurrent theme in the history of art. Moreover, his paintings that took the motif from 'swan song,' meaning the final performance, also reminds one the fact that life is temporary.

On the other hand, tree branch is another material used by the artist. Vormstein uses branches that are fragments of city environment and have their own grid and index like newspapers to create sculptures in the shape of a chair or alphabet letter. He chooses elements that are volatile and transient and repeats the process of reconfiguring and scattering them. The exhibition aims to provide multiple layers of meanings placed between the organic and the geometrical, the distant past and its corresponding present, and the various points that cannot be grasped.

Vormstein studied at the Academy of Fine Arts Karlsruhe and has held numerous exhibitions and projects at prominent institutions within Germany including the Kunsthalle am Hamburger Platz, Deutsche Bundesbank, Kulturzentrum am Münster, Kunstverein Dillingen, and in countries such as the Netherlands, France, Spain, Norway, and the United States. His works are included in the collections of K21 - Kunstsammlung Nordrhein-Westfalen (Düsseldorf), Indigo Collection (London), Fondazione Morra Grego (Naples), and CCA Andratx (Mallorca).

Sign up to be among the first to know when new exhibitions by Gabriel Vormstein or at PKM Gallery open.
Sign Up