Janaina Tschäpe was born in Munich, Germany in 1973. She received her Bachelor of Fine Arts from the Hochschule für bildende Künste, Hamburg and her Master in Fine Arts from the School of Visual Arts, New York. Throughout her twenty-plus year career Tschäpe’s multidisciplinary body of work has encompassed painting, drawing, photography, video and sculpture.

In her practice, Tschäpe often incorporates themes of aquatic, plant and human life to suggest dreamlike, abstract landscapes that blur perceptions of illusion and reality. Referencing interests in myth, morphology and the mysteries of aquatic states, she has developed a distinctive language of abstraction in which organic forms are imbued with a remarkable quality of luminosity. Her distinctive compositions convey a sensation of movement, their biomorphic shapes and gestural marks functioning as emotive signifiers of her interior thoughts.

Her carefully nuanced canvases and drawings include imagery evocative of the natural world suggesting growth, transition and metamorphosis. Tschäpe’s paintings in particular contain innumerable layers of information accrued through the meticulous application of media including watercolor, casein, colored pencil and pastel. There exists in her work a dynamic tension between the loose, luscious forms that pervade the canvas and the precise systems of markings that often overlay and unify these compositions. 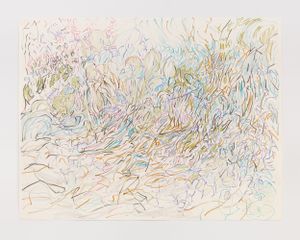 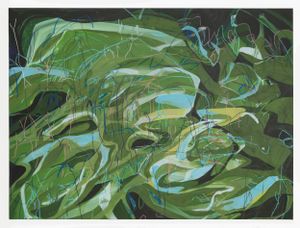 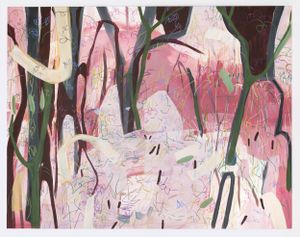 With the impending winter melancholy yet awaiting behind glitter-laden holiday vitrines and a few illusively warm afternoons, art galleries contribute to the season's festivities with ambitious solo e

WASHINGTON, DC — Dual exhibitions at the National Museum of Women in the Arts (NMWA) in Washington, DC, challenge the artistic interpretation of nature by women as something always beautiful and frag

Thought to lack the imagination and intellectual gravitas for serious art, women were historically encouraged to stick with still lifes and natural scenes, says Deborah Gaston, education director for

Creating a series of major new paintings, Tschäpe's inaugural at Sean Kelly features canvases with increased scale and intensity. Expansive fields of color capture and reflect the alternately bold and