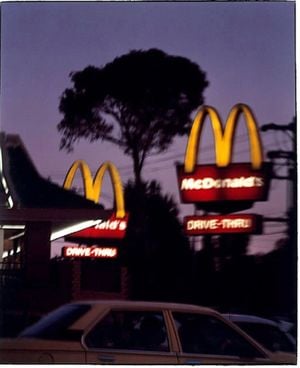 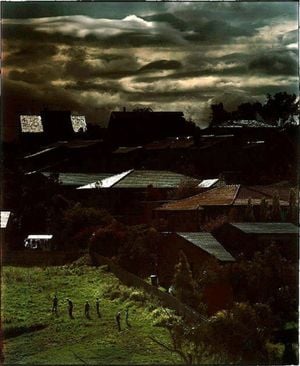 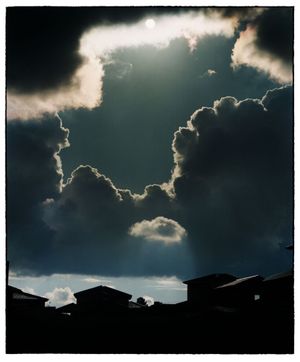 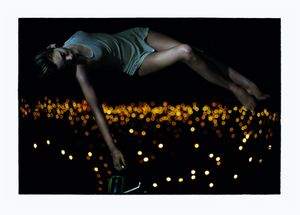 Bill Henson is an internationally renowned Australian artist who uses photography to capture the human condition in visual form. Drawing on his early training as a painter, Henson employs the history of art, particularly portraiture and landscape painting, to create large scale works that blend formal techniques with cinematography and dreamscape to skilfully evoke mood and drama. Henson's work can stop you in your tracks and make you draw breath, or take you somewhere unknown. Cropped portrait close-ups and dramatic angles rupture the picture plane, allowing the viewer insight into the emotional landscape of an individual, experience, or place but asking that you add your own to it as well. Each image is a meaningful instant frozen in time, ambiguous but richly immersive. For his first solo exhibition at Starkwhite Bill Henson has selected key photographs from his long career that represent his practice at its finest. Overwhelmingly vast landscapes and ethereal portraits sit side by side – Henson isn't afraid of life's peak experiences and draws us closer to them too through his exceptionally beautiful surfaces and emotionally rich content.

Bill Henson will also be exhibiting at Starkwhite Queenstown in June 2021. In connection with the Wakatipu Music Festival Starkwhite will present several images from Henson's acclaimed Paris Opera Project series. The painterly and cinematic references characteristic of his work are drawn on to visually represent the physical feelings stirred by music. Henson's use of intense colour hues suggests the heightened emotive state music can produce and, juxtaposed with evocative moody night skies, alludes to spiritual transcendence.The photographs on display in Queenstown are an extract from the series of 50 images, the quantity and positioning of which was designed by the artist to reflect the rhythm and complexities inherent to musical scores.

In 1995 Bill Henson was Australia's representative at the Venice Biennale and his ongoing commitment to the arts saw him awarded with an honorary doctorate from the University of New South Wales in 2005. Henson has developed an extensive international reputation through many high-profile exhibitions including those in New York, London, Paris, Beijing, Tokyo, Montreal, Barcelona, Vienna, and Amsterdam.

Sign up to be among the first to know when new exhibitions by Bill Henson or at Starkwhite open.
Sign Up