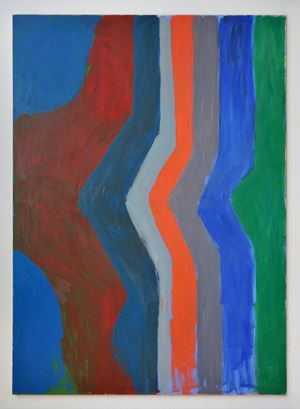 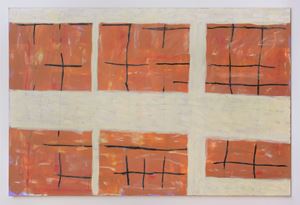 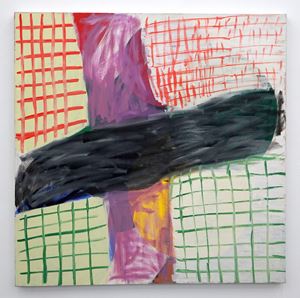 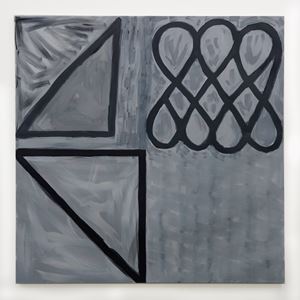 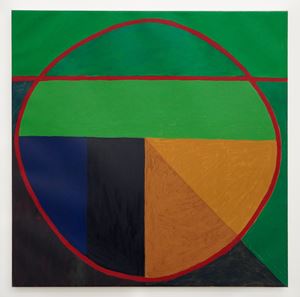 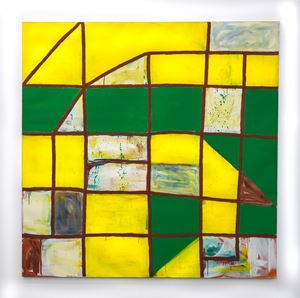 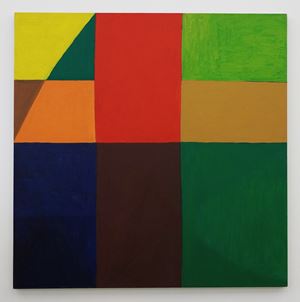 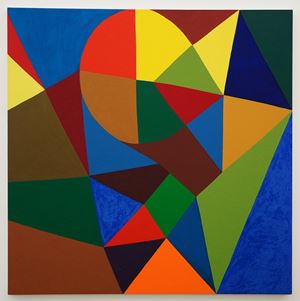 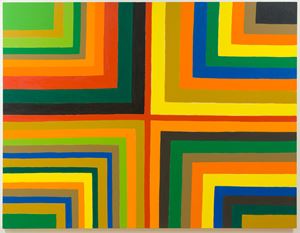 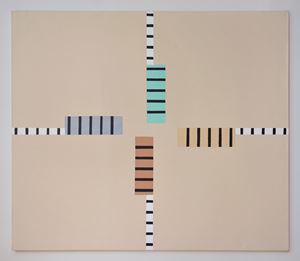 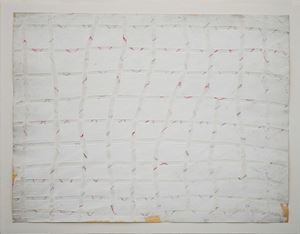 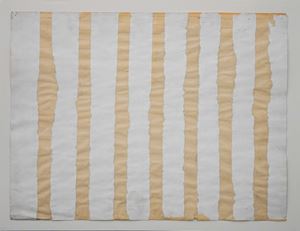 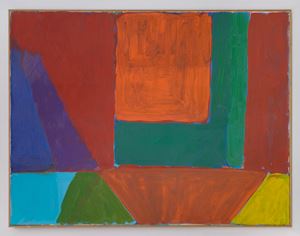 We are very excited to announce Notes on Painting: 1969 -2019, Harriet Korman's second show with the gallery, which will feature some of her seminal paintings from the early '70s and trace her development until 2019 (an exhibition of her most recent work will then follow in fall of 2021). At the very onset of her career, Korman's work was widely noticed which led to exhibitions with Galerie Rolf Ricke (Cologne), 112 Greene Street (New York), Daniel Weinberg (San Francisco), and Galerie m in Bochum (with Frank Stella).

Korman published an illustrated catalogue with personal statements to accompany the exhibition, which was previewed by John Yau on HYPERALLERGIC, May 23 2020. You can see the full article further below. The catalogue can be acquired at or ordered from the gallery ($ 25 postage paid).

Korman's "scrape paintings" which she began in 1969 – large canvases traversed with crayon lines, covered with gesso and then scraped through with a piece of wood or trowel to reveal some of the lines underneath – led Roberta Smith to rate her 1975 Greene Street Gallery show "as one of this year's best in its own, modest, youthful way" (Artforum, Sept. '75). She particularly noted the artist's confident touch and nonchalance, qualities that are consistent throughout her work.

Also during the early '70s, Korman produced taped, hard-edge paintings on unprimed canvas–sort of facsimiles of the gesso process paintings. She even built structures out of wooden bars, drawing her brush across them, the result replicating the scrape off paintings in reverse.

In 1977, finding the systematic nature of the process limiting, she switched to oils for more flexibility, change, and exploration. She felt that 'what happens while you paint is more interesting than what you think before you paint'1. As she continued, her work developed into distinct groups every few years.

A pivotal moment occurred in 1996 after completing a black and white series. Her colour seemed to offer less contrast by comparison, and she decided to paint without adding any white. This also reinforced her interest in painting without any recognisable elements, light, or space aiming for 'the paintings to be an example of things as they are'2. Even with that limitation, the subsequent multiple series have developed with great variation–organic shapes and gestures, geometric configurations and structures–sustaining her ever since.

Sign up to be among the first to know when new exhibitions by Harriet Korman or at Thomas Erben Gallery open.