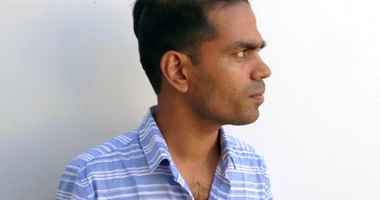 Baptist Coelho´s projects frequently merge personal research with collaborations from various cultures, geographies and histories. These works begin to take on the form of human-shaped media-landscapes and often contend with conflict, emotion, culture, gender, history and the environment. The artist incorporates various media into his practice such as installation, video, sound, photography, performance and found objects, which may develop into site-specific work or public-art projects. While exploring these stories and ideas from various geographical backgrounds, Coelho has discovered that the values and ideas which are expressed through these collaborations can often describe a much larger, global, perspective.

In 2012, Baptist will exhibit new works at the Pump House Gallery, London and will participate in 48Sheet, a Billboard Project in Birmingham. In the same year he will be Artist-in-Residence at Récollets, Paris and Art Today Association, Plovdiv. The artist lives and works in Mumbai, India.

Yorkshire-born businessman Howard Bilton is the founder and chairman of the Sovereign Art Foundation, established in Hong Kong in 2003. The Foundation focuses on both recognising the abundance

Indian artist Baptist Coelho may have only recently won the 2016 Sovereign Asian Art Prize, Asia’s most prestigious contemporary art prize, but he has been studiously thinking about ideas of ‘nation-state’ and boundaries, its traditional arm of influence, i.e., the military, and sites of conflict since as early as 2006, when he...

Sign up to be notified when new artworks and exhibitions by Baptist Coelho are added to Ocula.
Sign UpLogin