With a distinctive Op art aesthetic, Emma Coulter's site-specific painted installations, plastic sculptures and paintings on linen and board display a union between her interests in the built environment and visual arts.

In her site-specific installations, Coulter paints brightly coloured triangles, trapeziums, and other geometric forms directly onto walls, floors, and ceilings. These installations expand on the physical spaces they inhabit and explore—according to the artist's statement on her website—'the use of colour as an idea that functions as a set of rules or a predefined language'. In the 'spatial deconstruction' series (2014-18), for example, Coulter responds to architectural features such as doorways, fireplaces, ceilings, and floors by painting colourful forms directly onto and around them. In the case of spatial deconstruction #9 (marvel intervention) (2014)—at Hotel Windsor in Melbourne—Coulter's eclectic colour spectrum and geometric forms were contrasted with the historic hotel's heritage wooden doors and plush red carpet.

The formal motifs in Coulter's installations extend to her paintings on canvas such as Chrominance (2015) or Multichromatic Synesthesia #2 (2015), as seen in her 2015 her solo exhibition Chrominance at Anna Pappas Gallery. Her practice also extends to small sculptures that play with light and colour. The sculpture construction #8 (shifted pyramid) (2017), for example, is made of layers of brightly coloured semi-translucent plastic; as the viewer moves around the artwork, the plastic and mirrors bounce reflections in different directions. Others sculptures, such as domestic prototypes (2018), see synthetic polymer paint on cast plaster and concrete balanced on the floor; the work looks like children's playing blocks built up to waist height. In the installation adaptable construction #4 (2016), Coulter's geometric forms and lines leave the walls to become free-standing three-dimensional sculptures made from gloss enamel on steel.

Coulter holds a Master of Contemporary Art from the Victorian College of the Arts, and a Bachelor's degree in both Built Environment and Visual Art from the Queensland University of Technology. Coulter has exhibited in Australia, the United States, and Germany, including solo exhibitions with THIS IS NO FANTASY: Dianne Tanzer + Nicola Stein, Melbourne (2018); Palmer Art Projects, Sydney (2017); Anna Pappas Gallery, Melbourne (2015); and CHASM, New York (2014). Coulter has been a finalist in the Deakin University Contemporary Small Sculpture Award (2018); an Ian Potter Cultural Trust grant recipient (2018); and winner of the Woollahra Small Sculpture Prize's Viewers' Choice Award (2016); the Linden Art Prize (2016); the Fiona Myer Award (2015), and a NAVA Australian Artists' Grant (2015).

Coulter lives and works in Melbourne. 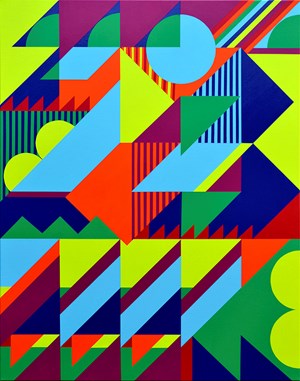 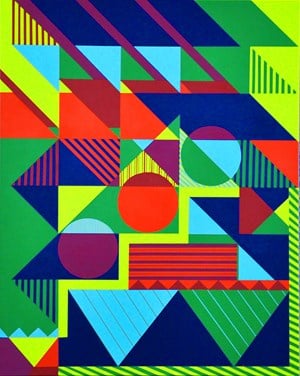 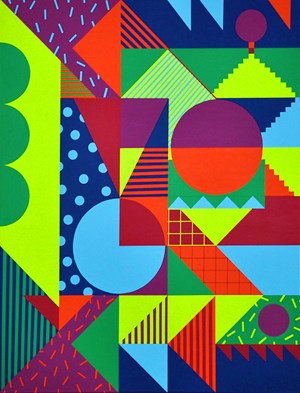 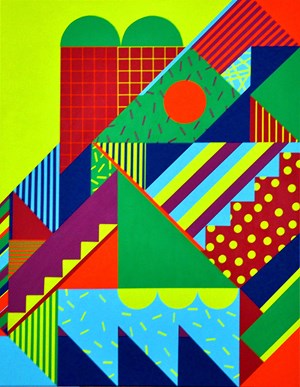 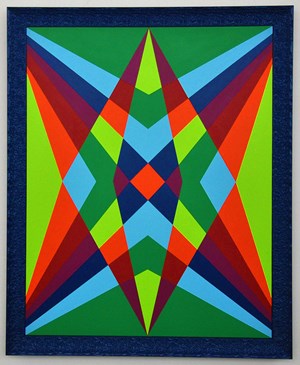 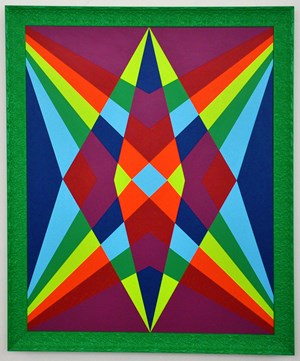 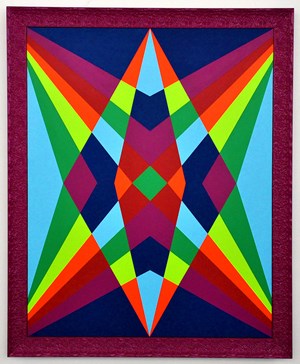 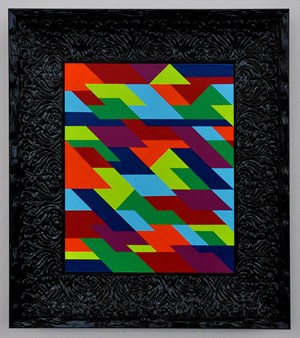 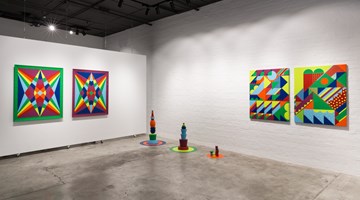 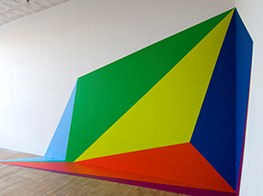 BH: Emma, what hit me when I first came across your work, and I'm thinking the in situ installation pieces, was the strength of the color and forms you had used. And then there was that space – never completely adding up while offering a convincing cohort with the architectural elements that you chose to work with. EC: For the last 3 or 4... 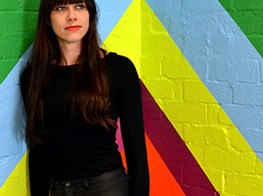 Currently juggling a number of projects, from a solo exhibition to creating an installation at Melbourne Indesign, Emma Coulter is one busy woman. While her roots are in Northern Ireland, Emma belongs in Melbourne now, clearly immersed in the art and design world it offers. 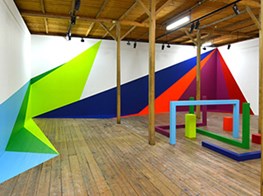 Emma Coulter limits herself to a distinct, eye-catching palette of colours. There are shades of cyan, lime, orange and blue. There's a bright green, a rusty red and a Tyrian purple. Across canvas, walls, floors, and timber and metal sculptures, Coulter lays on her hues in solid, hard-edged blocks.

Be among the first to know when new artworks and exhibitions by Emma Coulter are added to Ocula.