For Joseph Beuys, drawings were a way to work out ideas in their early stages. He described them as reservoirs‘ from which he could take source material and return to many times. The look of the drawing was not of central important to Beuys, as it was primarily designed to capture and represent his ideas.

During a period of personal crisis that followed the trauma of his wartime experience in the German Air Force, Beuys drew prodigiously. Throughout the fifties and early sixties, he adopted motifs from Nordic myths, Christian religion, Shamanism, and local folklore, later enhanced by social, economic, and political issues. In 1967, Beuys founded the German Student Party, one of the numerous political groups that he organized during the next decade. He increasingly became involved in political activities and in 1976 ran for the German Bundestag. In 1978, he was made a member of the Akademie der Kunst, Berlin.

In 1964 he participated for the first time in documenta III in Kassel (1968,1972,1977 and 1982). The 1970s were also marked by numerous exhibitions throughout Europe and the United States. Beuys represented Germany at the Venice Biennale in 1976 and 1980. A retrospective of his work was held at the Solomon R. Guggenheim Museum, New York, in 1979. He was made a member of the Royal Academy of Fine Arts, Stockholm, in 1980. During the inauguration of the 1982 Documentain Kassel, Beuys planted the first of 7,000 oak trees; in other cities, he repeated this tree-planting action several times in the following years. In January 1986, in the year of his death, Beuys received the Wilhelm Lehmbruck Prize in Duisburg. 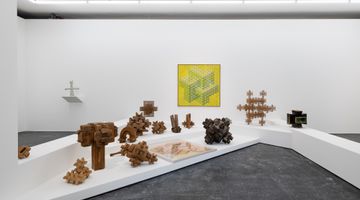 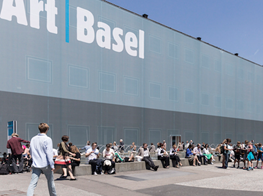 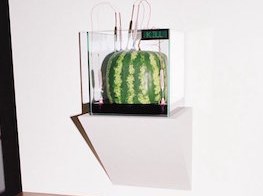 Related Press What It’s Like to Live With Art That Doesn’t Love You Back 29 September 2017, NY Times

Paul Leong, A young banker who lives in downtown Manhattan, spends an unusual amount of time thinking about square watermelons. He wonders where to get them, how long they'll last, when they'll next be in season. This is because two years ago, Leong bought a work by the Los Angeles-based artist Max Hooper Schneider called ''Genus... 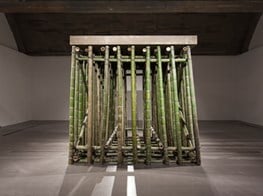 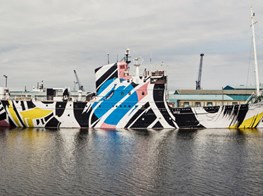 The UK’s largest annual festival of visual art returns to Edinburgh on 28 July with a dynamic programme of partner exhibitions and pop-up events taking place across the Scottish capital. This year’s Edinburgh Art Festival (EAF) is set to be its biggest edition to date, and will include 43 solo and group presentations curated by the... 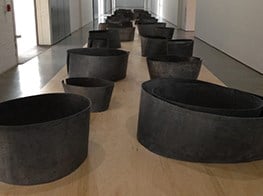 A visit last weekend to Dia:Beacon, the vast repository of Minimalist art on the east bank of the Hudson River, brought home once more the complexities and contradictions of a movement whose goal was to be as plain as the nose on your face. It also underscored the ways in which reductivism — whose puritanical bent has been frequently...

Be among the first to know when new artworks and exhibitions by Joseph Beuys are added to Ocula.