From fruit and balloons to Dyson fans and treadmills, Hong Kong-based artist Mak Ying Tung 2 is known for bringing disparate elements together in surprising and unpredictable ways. While unrestricted by a single media, Mak's practice can be defined by a sense of wry humour and an interest in human connections with machinery.

Mak's trademark play on the whimsical and absurd is visible in her early works, which are often products of simple means and materials. Office items, for example, constituted the works of her first solo exhibition, Funny Stationery, at Run Run Shaw Creative Media Centre, Hong Kong (2012). These works included I was not born to be straight, a bent ruler; I can't live without you, a calculator without the 'equals' button; and Everyone makes mistakes, a compass attempting to draw a square. In Almost Empty, a solo presentation at Hong Kong's Gallery EXIT (2014), Mak used balloons cast in resin to devise works such as No One Wins (2014), in which one such balloon supports an office chair, and No, I insist (2014), a broken resin balloon with its pieces on the floor.

Though light-hearted, Mak's works are revealing of the contemporary period. In her video performance Sterilization (2013), a pair of hands removes strawberry seeds with a needle. This seemingly monotonous and innocuous action concludes on a malicious note when the fruit becomes a lump and the hands are stained in red. By sterilising the strawberry, and therefore rejecting productivity, Mak confronts the meaning of the codes and ethics that shape our behaviour. Increasing surveillance is at the core of her installation, You Better Watch Out (2017), in which a transparent sphere—reminiscent of childhood ball pools—contains pieces of paper with QR codes that, when scanned, direct the audience to a live-stream video of themselves.

In her 2018 solo exhibition, The Anything Machine, at de Sarthe, Beijing, Mak considered the impact of technology on human life, highlighting our dependence on machines for entertainment and even, in the case of artists, art-making. 'Relic' (2018), for example, is a series of five lenticulars that contain images of popular electronic devices from the late 20th century, including Nintendo Game Boy and Tamagochi. By surrounding these gadgets with such religious motifs as doves, cherubs, and flowers, Mak suggests that our love for machines is akin to religious devotion. In Physicality II (2018), two Dyson fans induce a range of colours on heat-sensitive paper—almost replacing the artist as the producer of artwork.

Expanding her interest in the human-machine relationship, Mak interrogates the boundaries between fantasy and reality—and imitation and authenticity—in her solo presentation Home Sweet Home (2019) at de Sarthe, Hong Kong. In the exhibition, a series of triptychs depict spaces Mak first created using the life simulation game The Sims and then commissioned artists on the Chinese platform Taobao to paint. The resulting works, though belonging to a digital world, are indistinguishable from scenes of reality; Mak contemplates the distance between the two spheres, while questioning modes of reality construction.

In 2016, Mak formed the artist duo COME INSIDE with Hong Kong-based artist and writer Wong Ka Ying, with the aim of exposing gender constructs in Hong Kong. Their joint works include a performance as part of Invisible Cities, a 2017 group exhibition at the Crow Collection of Asian Art, Dallas, Texas, in which the duo played tennis, and Baby Shower (2017), an exhibition at Gallery EXIT that examined the similarities between the ways idealised women and babies are represented in marketing world-wide. 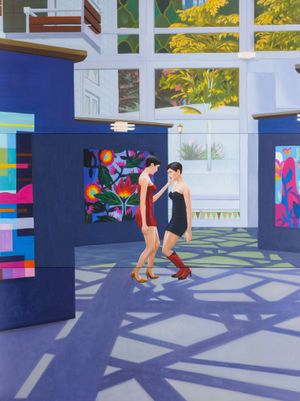 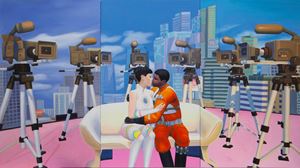 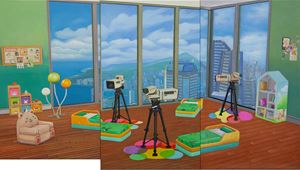 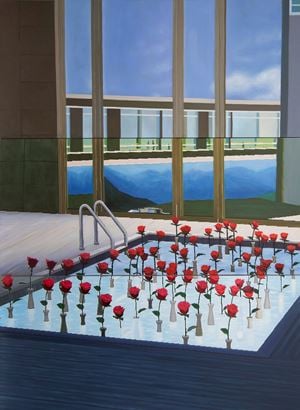 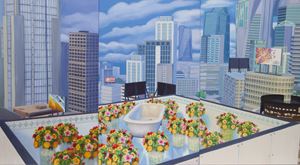 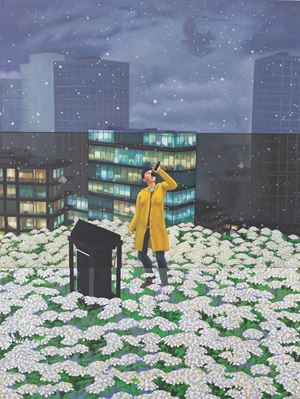 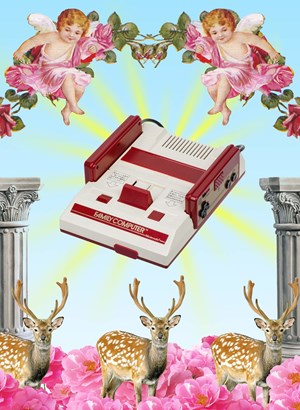 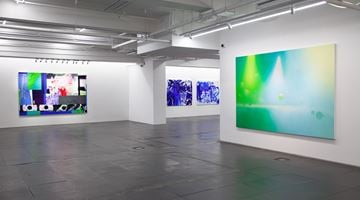 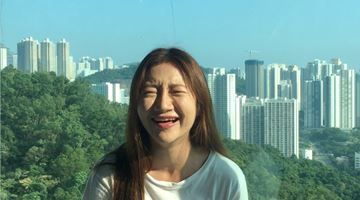 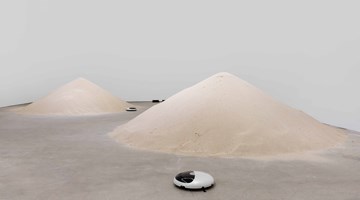 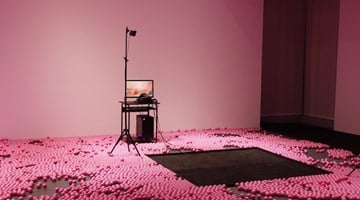 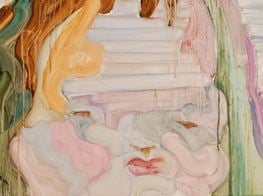 Political turmoil poses an additional challenge for initiatives such as UNSCHEDULED, announced today. 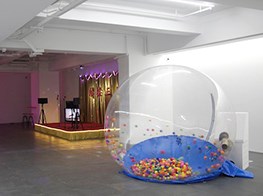 de Sarthe Gallery unveils its new 10,000-square-feet gallery space in the burgeoning art district of Wong Chuk Hang in the Southern part of Hong Kong. Located on the entire 20th floor in the Global Trade Square building, Reversal Ritual, the inaugural group exhibition of five emerging mainland Chinese and Hong Kong artists, is on view from 23...

Be among the first to know when new artworks and exhibitions by Mak Ying Tung 2 are added to Ocula.
Sign Up