Ranging from work comprising cookies glued to a desk, to a performance of spelling words with bagels, the multimedia works of Uri Aran are often cryptic with a touch of humour. Though unbound by particular media or approach, Aran is most known for his sculptural installations and performances that oscillate between the familiar and the uncanny and examine the hierarchies behind everyday interactions.

Aran's performances often investigate power dynamics behind social encounters. For Frieze New York in 2012, Aran's Untitled (Ticket Shack) turned an abandoned ticket office into a hospital replete with a cast of doctors and patients. The exchanges that emanated from the pretend hospital, which were projected live at the fair, documented the way in which the actors manipulated themselves to fit their roles. By extension, their transformation reflected the stereotypical behaviours involving authority figures—in this case, doctors—that contemporary media circulates. Another performance for Aran's solo exhibition Multicolored Blue at Sant'Andrea de Scaphis in Rome (18 September–7 November 2015) incorporated a group of jazz musicians and dancers who moved on Aran's direction. As the choreographer of the group's movements, Aran noted his interest in exploring social situations, and in particular an interest in exploring how whoever is in charge could 'shift paradigms, or power situations, through formal exercises, but without being able to separate personalities'.

Another defining feature of Aran's performances is their sense of circularity or relay and repetition in their actions. In 2015 Aran hired a group of actors to narrate a single story in succession. Through repetition, the story began to lose its meaning as a story; instead, the performance came to resemble a sort of formal exercise on how to tell the same story in different ways. Other performances such as Chimpanzee (2013) and Uncle in Jail (2012) follow a similar formula, in which Aran directs actors to repeat short stories. Each time, the narrative changes—either slightly or significantly—leaving room for variations and subsequently new departures.

In his sculptural installations, Aran typically uses a table as a blank canvas on which to place found objects. The materials he uses include grapes, balls of string, chocolate chip cookies and coffee cup lids—objects that echo his inclination towards circularity. Focusing on the process of arranging, Aran often leaves these tablescapes seemingly incomplete or in a state of transition. This is apparent in the series 'Departments', commissioned by Liverpool Biennial in 2014, which comprises timber cases that house Aran's collection of found materials. Aran deliberately left the cases open or partially covered, thus making it uncertain if they were being prepared for departure or being unpacked after arrival.

Aran's fixation with what critic and lecturer Declan Long in an article for Frieze called 'transitional forms' possibly derives from the artist's design background and expatriate status. Aran originally began his career in design and although Israeli-born is a long-time resident of New York. He is therefore familiar with statuses of ambiguity—of not entirely belonging to one or the other. His use of passport photographs—also a staple in his work—indicates his acute awareness of negotiations with meanings and identities; on the one hand, the passport pictures are merely images, yet they also determine one's mobility between borders. By repeating passport photographs in the same way as he does circular objects and performances, however, Aran also destabilises their particular meaning.

Aran graduated with a Bachelor of Design from Bezalel Academy of Arts and Design, Jerusalem, Israel, in 2004, after which he went on to study visual arts at Columbia University. Since his first solo exhibition at Rivington Arms in 2008, he has exhibited across the United States, United Kingdom and Europe. Aran's work has also appeared in various international exhibitions including the Whitney Biennial (2014) and Venice Biennale (2011 and 2013). 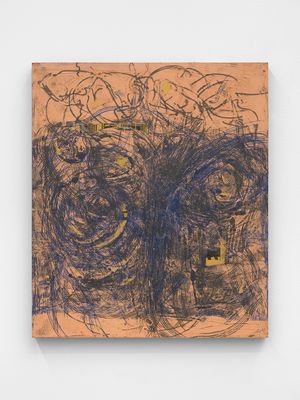 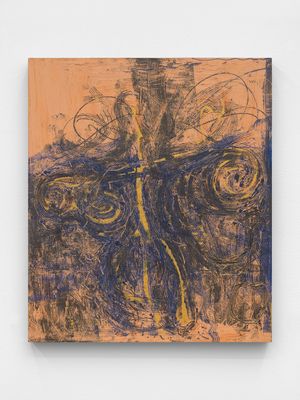 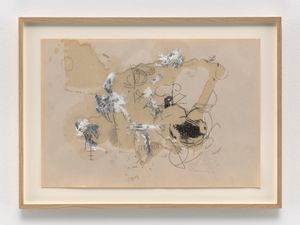 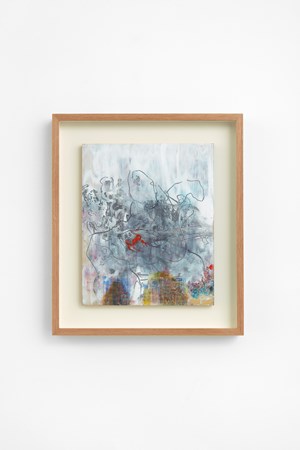 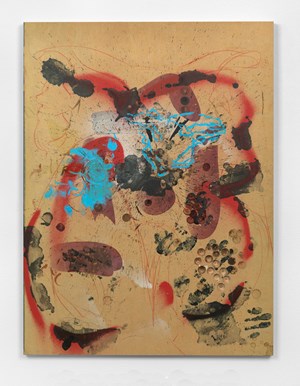 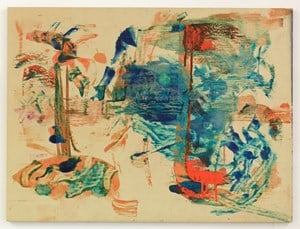 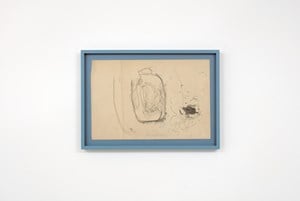 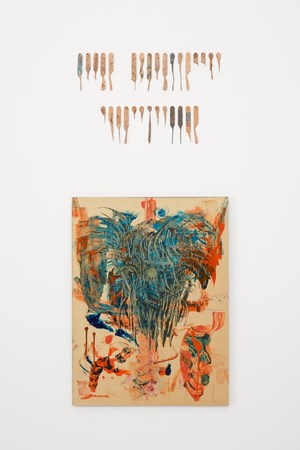 Sign up to be notified when new artworks and exhibitions by Uri Aran are added to Ocula.
Sign UpLogin