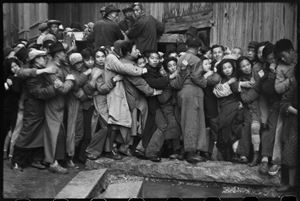 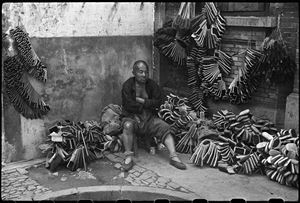 The exhibition is a collection of very unique and important assembly of works in Henri Cartier-Bresson's photojournalism career, and it is also the first research and thematic exhibition of his related works in China. From 1948 to 1949, Cartier-Bresson stayed in China for ten months, during which he published multiple photographs of what he saw in China in magazines such as Life and Paris Match. This was during the period of the Chinese Civil War, yet the battle were not seen in these images, instead, it highlighted the everyday life in the big era. This series of photos also became some of the best works in the history of Documentary Photography. In 1958, accompanied full-time by Chinese officials, the artist saw the rise of reforms such as the Great Leap Forward and the People's Commune, and he recorded these seemingly prosperous castles in the air. At this time, Cartier-Bresson was already a highly-renowned master of photojournalism.

This exhibition is co-curated by Michel Frizot and Ying-Lung Su, around 170 original photos, and related original correspondence and magazines are presented.

Sign up to be among the first to know when new exhibitions by Henri Cartier-Bresson or at Taipei Fine Arts Museum open.