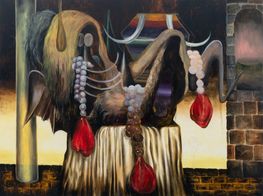 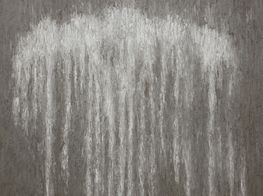 Now in its eighth year, the car park art fair has new programming and more galleries than ever.

Sixty-one galleries, including major regional players such as Gajah Gallery and Yavuz Gallery, are exhibiting this year, up from 36 in 2019. As well as commercial galleries, the fair will include presentations by six incubator spaces for the first time: art/n23, Giatay, Limbo, Loadnadito projects, Project 20, and Signum.

New programming has also been introduced to help the fair reach a broader audience.

Film, another new section, seeks to celebrate the past century of Philippine cinema through a selection of features, shorts, documentaries, animations and experimental films. It will be curated by Erwin Romulo, Philbert Dy and Teddy Co.

These new offerings build on the fair's existing Projects, Talks and Photo sections.

Among the Talks will be a panel on Onib Olmedo, a founding member of the Filipino Expressionist movement, while the Photo section will shine a spotlight on Filipino contemporary artist Poklong Anading.

Gene Paul Martin (b. 1989, Manila) is a graduate of the Far Eastern University, Manila (BFA Painting, 2013). He was immediately offered solo shows at Secret Fresh Gallery and Silverlens. Since then he has had nine solo exhibitions, and several group

Poklong Anading was born in 1975, in Manila, Philippines. He earned a BFA in painting from the College of Fine Arts, University of the Philippines (1999). He completed residencies with Big Sky Mind, Manila (2003–04), and Common Room, Bandung,

As Carlos Celdran explains, the Manila Biennale was created especially for Intramuros, and locally, it has come to be known as the 'Bayan-ale'—Bayan translating loosely into 'town', 'nation', and 'community'.