The National Gallery of Australia (NGA) said today it will return 14 works from its Asian art collection to the Indian Government. The works include bronze and stone sculptures, a painted scroll, and six photographs.

They're valued at around AU $3 million.

The NGA said it has a new framework for assessing the provenance of an artwork. If they believe an artwork was likely stolen, illegally excavated, exported in contravention of the law of a foreign country, or unethically acquired, they will try to return the work.

'This is the right thing to do. It's culturally responsible and the result of collaboration between Australia and India,' said Nick Mitzevich, the director of the NGA.

The NGA spent nearly AU $11 million on 22 works from Subhash Kapoor's Art of the Past gallery in New York over a period of several years, according to ABC News. Works Kapoor brought to market have since been found to have been looted.

The Manhattan district attorney's office filed a criminal complaint against him in 2019 alleging he orchestrated the trafficking of more than 2,600 looted objects into the US from 1986 to 2016. Those items have a combined worth of US $145 million.

Interpol extradited Kapoor from Germany to India in July 2012 where he remains in custody, charged with stealing and illegally exporting antiquities.

'Following this action, along with the repatriation of works in 2014, 2016 and 2019, the National Gallery will no longer hold any works acquired through Subhash Kapoor in its collection,' the NGA said in a statement.

In addition to the works being repatriated, another three sculptures bought from Art of the Past have been removed from the museum's collection. Further research is being conducted into the works' origins.

Mitzevich told the Sydney Morning Herald another 12 objects in the NGA's Asian collection were under 'live investigation', including a bronze statue of the Buddhist Bodhisattva Padmapani. 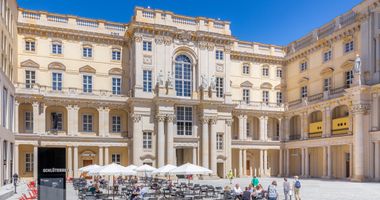 Museums around the world have begun to pay closer attention to the provenance of works in their collections.