The $30,000 Toi Kō Iriiri annual prize is the first of its kind in Aotearoa New Zealand.

The Arts Foundation Te Tumu Toi o Aotearoa has announced a new Laureate Award that will be presented to queer artists annually for the next ten years.

The NZ $30,000 award will go to an artist or collective whose practice meaningfully impacts the queer community.

Artist and Member of Parliament Dr Elizabeth Kerekere gave the award its māori name, Toi Kō Iriiri. She said it references 'art that transforms – that moves us in or out of discomfort, but always to a new place.'

The inaugural recipient of the award will be announced in August 2022 following the establishment of a selection panel under the guidance of Kerekere and former Arts Foundation laureates val smith and Elyssia Wilson-Heti.

'Some of the most innovative, form-pushing, boundary-breaking, glass-ceiling-shattering work comes from queer practitioners,' offered Wilson-Heti, a member of the FAFSWAG collective and the Creative Director of Auckland Pride Festival.

'They absolutely should get recognised for that contribution,' she said.

While the Arts Foundation already has a track record of awarding queer artists, the organisation's Lead, Jo Blair, told Ocula Magazine that 'in the same way we have traditionally awarded female artists but also have the Theresa Gattung Female Arts Practitioners Award, we believe more is more.'

The award is backed by an NZ $300,000 gift from Hall Cannon, owner of Otahuna Lodge, one of the country's most luxurious hotels. Cannon, who was raised in Memphis, Tennessee, recently became an Arts Foundation Te Tumu Toi Trustee.

'With this award we have a really exceptional opportunity to be, frankly, a global leader in this space,' Hall said.

Other queer art awards globally include the Midsumma and Australia Post Art Award, an AU $6,000 prize open to queer Australian artists that was established in 2016. This year it was won by Emma Armstrong-Porter for her quilted vulva work NOT URS (2019). 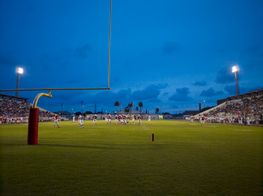 Catherine Opie is an American photographer best known for her portrayal of fringe facets of contemporary American life. Personal Life Born in Ohio, she completed her studies in California, receiving a BFA from the San Francisco Art Institute in

Patrick Sun, founder of the LGBTQ-focused Sunpride Foundation, reflects on what he has learned in the process of developing an institution that aims to broaden perspectives surrounding identity in Asia.