Roger Ballen to Drop ‘Roger the Rat’ NFTs on misa.art 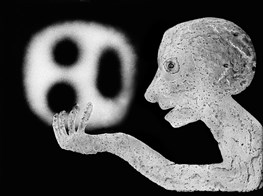 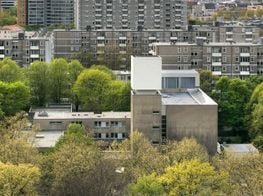 Previously unreleased NFTs by artist Roger Ballen will soon drop on misa.art. They will be available for 24 hours from 8pm CEST on Thursday 18 August.

Ballen describes the character as 'a human id'.

Roger Ballen, Surprise (2015). NFT. Courtesy of the artist and misa.art.

Born in New York, Roger Ballen moved to South Africa in his work as a geologist. His black and white documentary-style photographs of small towns there often exposed dark aspects of Apartheid-era South Africa. He went on to stage photographs using mannequins, masks, rats, and dark, run-down rooms, a visual language evocative of horror movies.

'The purpose of my work is to produce archetypal images that have a deeper psychological impact,' he said.

In the misa.art drop on 18 August, Ballen will release seven unique photographs that were shot as part of the 'Roger The Rat' series along with five videos, which will be released in editions of three.

KÖNIG GALERIE launched misa.art just over a year ago, on 10 August 2021. Ballen isn't officially represented by KÖNIG GALERIE, but NFTs have provided dealers opportunities to work with artists outside their rosters.

Similarly, Ballen is excited to reach new collectors with his NFTs.'What interests me the most about NFT's is the potential new audience for this media,' Ballen said. 'At this point in time it is substantially different to those interested in collecting traditional photography.' —[O]