After graduating from Slade School of Fine Art in 1960, where she became the school's first female tutor in 1968, Tess Jaray received a grant to travel to Italy. The trip set her on a path to developing an approach to hard-edge, geometric abstraction that remains consistently fresh and uniquely her own.

The early Renaissance buildings Jaray saw in Rome, Florence, Siena, and Venice had a particular effect on the artist. Especially the architecture of Filippo Brunelleschi, famed for devising a method to erect the dome of Florence's cathedral, the largest masonry vault in the world.

After returning to England, where the artist's family fled from Vienna in 1938 as the Nazis continued their deadly ascent, Jaray resolved to develop a pictorial language capable of articulating a comparable spatial experience to what she felt in Italy.

An epiphany came with a horizontal line that she drew across the middle of a canvas, with two lines sloping in towards the centre, which she repeated upside down.1 'Oh, my God, I'm making space', Jaray thought. 'I realised that's what I wanted'—'to make something that you could disappear into.'2

Line, colour, and shape became the formal elements with which Jaray created the conditions for that vanishing point, executed with a lightness of touch that feels as if surfaces have been painted into, rather than over.

Early works speak to the Italian spark that started it all. Cupola Blue and Cupola Green (both 1963) interrogate Renaissance interiors as formal grids to work out spatial abstractions.

The former, executed in shades of green, takes the one-point perspective of a room but turns its back wall into an internal frame, whose view is disrupted and redefined by a horizontal line, above and below which a coffered lattice mirrors the view of a domed ceiling.

Colour plays a vital role in Jaray's geometries. The shape delineated in St Stephen's Green (1962)—included in the Centre Pompidou show Women in Abstraction, now at Guggenheim Bilbao through February 2022 (the painting, along with Palace Red, is in the Pompidou collection)—is reminiscent of an hourglass warped by a diagonal axis.

Stretched out against a deep green-black plane, the shape is defined by a sharp medley of green-scale edges moving downwards to enclose a trio of luminous upward triangles.

The strong tones of these early canvases give way to a lighter palette and more fractal geometries, as seen in Rialto (1966), named after Venice's historic commercial centre. On a large horizontal canvas primed mauve, sand stripes score a configuration centring around a hexagram contained by an octagon, the negative spaces created by their intersecting lines defined by a teal that in turn borders their shapes.

It is this perfect play, of colour and line illuminating shapes in pictorial space—Jaray describes elements on the canvas holding one another in tension—that gives these paintings an indelible presence.

Finial (1966) follows a similar colour code. The architectural element crowning a pinnacle point is abstracted into an arrow composed of four diamonds that join to form a central tip. The background is lavender grey, a colour that edges tan lines defining each of the arrow's components, themselves painted internally a pastel mauve that colours the stripe demarcating the entire central form from its ground.

It is this perfect play, of colour and line illuminating shapes in pictorial space—Jaray describes elements on the canvas holding one another in tension—that gives these paintings an indelible presence. Such that, as critic Brienne Walsh observed, they exude a physicality even when viewed online.3

Jaray has written about achieving tonal contrasts that resist a 'definite or absolute relationship' between unit and ground, in order to create 'the look of being "caught momentarily in space".'4

On the subject of Fifteen (1969), a canvas with 15 flat twists distilled to blue and pink lines on white, the artist talks about avoiding acute diagonals, not to mention curved lines, because they produce 'too great a dynamic which would work against the feeling of suspended structure'.5

The 1966 canvas Minuet offers another insight into Jaray's approach; its name pointing to a musical form where a composition's central section is bordered by the repetition of the first movement. 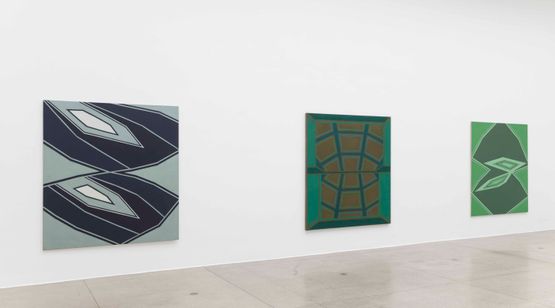 Artist and author Janet McKenzie observed a parallel between the immediacy of Jaray's compositions and music in Thinking on Paper. Drawings from 1969-2000, a publication chronologically unfolding the artist's sketches, released on the occasion of her 2021 exhibition at Vienna Secession.6

To look at Jaray's work through a musical prism renders the likes of Villandry—a 1966 painting of a flattened multi-faced polyhedron rendered with blue and red lines on white—a graphic score.

A fluid musicality not only abstracts geometric form but expresses a feeling of it. Think of John Cage's 4'33'' (1952), and the notion that a frame of time filled with contingent sounds can define the textures of a composition.

As Jaray once said, 'I think in the end nothing can quite beat music.'7 In keeping, lines leaping from point to point perform a conjuring; of geometries inviting sensory engagement, much like the architectures that continue to inspire Jaray's practice.

Minaret (1984), for example, which flattens the curve of its cylindrical namesake and distills it to blue diamonds, speaks to Jaray's travels to Morocco and Jordan in the 1980s.

The painting was included in Jaray's 1988 survey of works from the 80s at the Serpentine Gallery, among them Green Pyramid (1987), which builds a striking three-dimensional impression of the painting's titular shape with gradated diagonal green lines on white (a red version dispensed with perspectival angles). 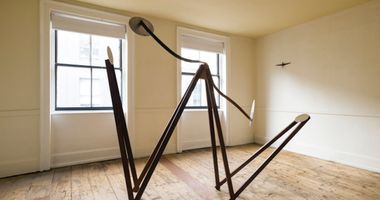 Four works from this show are on view alongside preparatory drawings demonstrating the artist's meticulous thought process, in Karsten Schubert London's presentation at Artissima in 2021, in collaboration with EXILE. Connecting each painting are hues recalling what Jaray once said of thinking about colour in terms of weather.8

In Cast (1981), ten rows of paired windows move from small to large—sky blue to dusk-purple to dawn-rose—in a downward curve; while in Still Point (1982), pink and rose cubes stretch into vertical rectangles to form what feels like a sliced view of a panelled floor lit by a dawn sun.

The Serpentine works form an exceptional series. A reflection of Jaray's clear-eyed focus 'to push an idea to its extreme pictorially, grasp its essence, so that there would be no point in ever doing the same idea again.'9

That determination to explore pathways of formal distillation has resulted in an electrifying balance across the trajectories that define the artist's practice: of staying rooted in a visual lexicon while simultaneously innovating that language to continue discovering painting's possibilities. 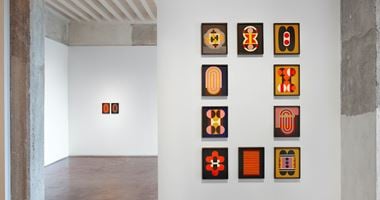 From the mid-1980s, Jaray has taken on public commissions, creating a striking interplay with the source material for Jaray's paintings, including paving for two concourses at London Victoria station in 1985, and Centenary Square in Birmingham in 1991, where clashing zig-zags and diamonds pay homage to the city's red and blue brick buildings.

More recently, Jaray unveiled Aleppo at the Tapestry Building at King's Cross in 2017. Six panels of pink, white, and purple, with edges delineated by a descending chain reminiscent of white rivets, constitute a monumental manifestation of paintings extending from Jaray's visit to Syria, two years before the war.

There, she was struck by lintels on mosque entrances constructed from stone blocks in alternating colours that informed her King's Cross install.10

Never one to rest on a compositional trope, Jaray presented a new body of work in 2021 at New Art Centre in the U.K. (23 January–3 May 2021) that responded to the frescoes of 15th-century painter Piero della Francesca.

One series follows an architectural trajectory, like the distilled, greyscale tiled floors angling out of grey planes in Flagellation I and Flagellation III (both 2019). Another is unusually referential; in Victory of Eraclio 2 (2019), sharp grey spikes rise up against a teal ground to catch a helmet.

Another group of large canvases in that show leaned in to hard-edge geometries completely. Bold chrysoprase and pale mint zig-zags fill the entirety of Echo (2017), save for a grape rectangular base; while angular blocks in Glimpse (2017) recall a stone doorway, with a maroon head and wide green jambs enclosing a mauve void crowned by a green zig-zag lintel.

These works in particular exemplify Jaray's unceasing experimentation: a dynamic that keeps the artist at the vanguard of abstract painting. 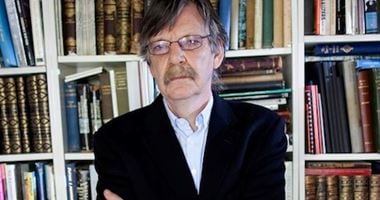 What seems to drive it all is an inimitable motivation to mine the depths of line, pigment, and plane to see what opens up in the process.

'Every single time the colour and pigment comes across differently,' Jaray told John Stezaker in 2017. 'Then one day something very slightly differently happens ... and suddenly it's there.'11 —[O]

2 Ben Luke, 'Tess Jaray: "I wanted to make space, to make something that you could disappear into', The Art Newspaper, 5 April 2021, https://www.theartnewspaper.com/2021/04/05/tess-jaray-i-wanted-to-make-space-to-make-something-that-you-could-disappear-into 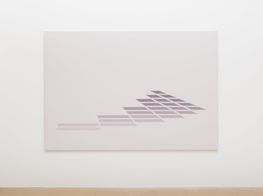 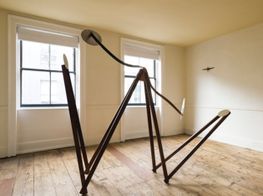 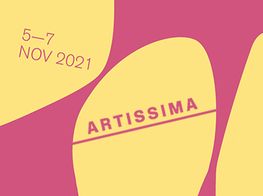 The 28th edition of Artissima is held at the Oval in Torino from 5–7 November 2021. Artissima is Italy's most important contemporary art fair. Since its establishment in 1994, it has combined the presence of an international market with a focus on 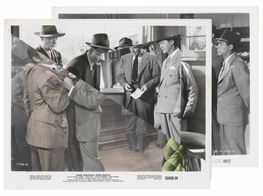 Acclaimed London-based artist John Stezaker is known for his photographic collage works, that draw on the artist’s immense archive of mid-twentieth century cinema memorabilia, agency head-shots, postcards and photobooks. In a practice

I'm obviously an image fetishist, and the desire in image fetishism relies on seeing the image as a whole as well as seeing both into it and through it.