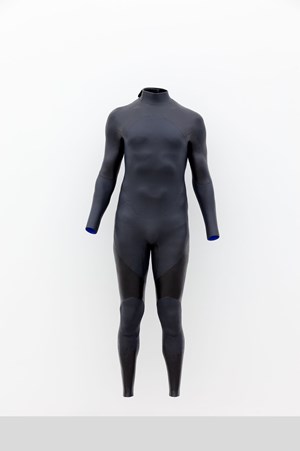 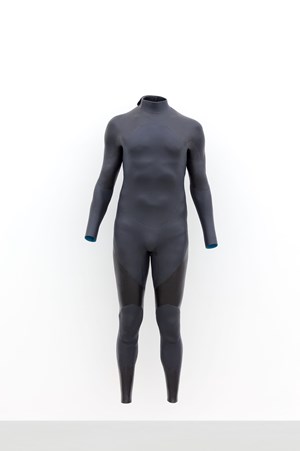 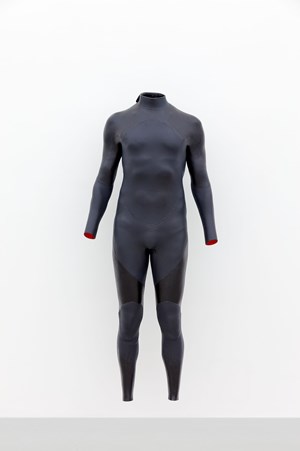 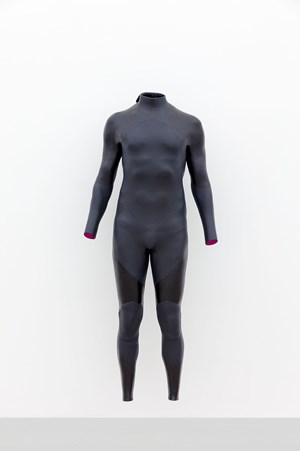 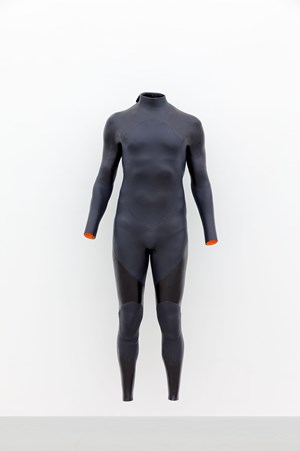 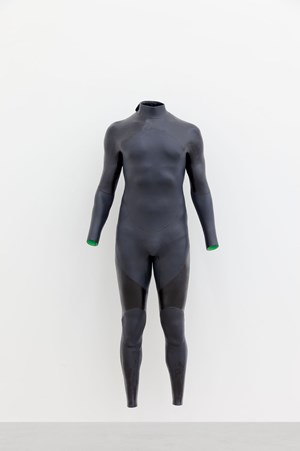 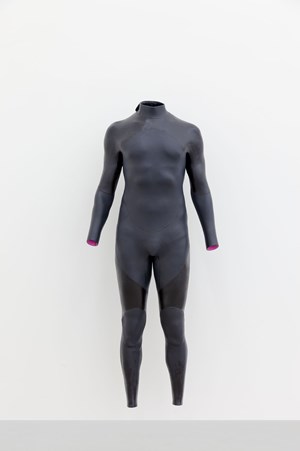 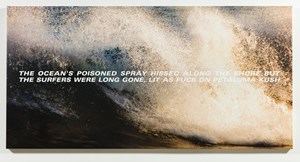 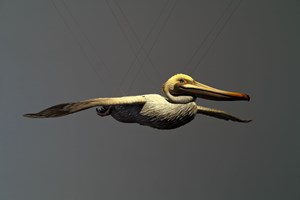 Earlier this year, Alex Israel told me that his spirit animal was a pelican. He came to this conclusion while filming his forthcoming teen movie SPF-18—there was always a pelican sneaking into the background of the scenes he was recording. He further explained that pelicans are the closest living animals to pterodactyls, and that they can be found up and down the coast of California. At the time, he had just started working on a sculpture of a pelican with Michael Curry, who designed animal puppets for the Broadway musical The Lion King. Alex wanted this sculpture to be suspended in the air, and its flight to be manually activated by the viewers. He sent me a video of Michael Curry commenting on a prototype flying above his head in a big warehouse. The object looked a little like those hanging mobiles for children, traditional wooden toys representing birds, whose wings flap when a string is pulled. Even though the object was rather rudimentary at this preliminary stage, the video nevertheless showed the sophistication of the mechanism animating the pelican’s wings, while Michael Curry discussed the technical details of its fabrication, (ie. the position of the string activating the flapping of the wings, the number of attachment points on the ceiling, the tensile strength of the cables—160 lbs.—the duration of the movement, etc.).

The finalized sculpture is now exhibited all by itself in a room at Almine Rech Gallery. The intricacies of its genesis are not immediately apparent; instead, a sense of simplicity prevails as it does with all the artist’s works, from Flats to Lenses, or Sky Backdrops to Self-Portraits. Indeed, his works always seem extraordinarily simple, belying the complexity of the processes through which they came into being. They present themselves with an immediacy that makes them seem benevolent, friendly, or almost compassionate in a way. Unlike so many artworks nowadays, Israel’s works aren’t particularly contentious. They appeal neither to our tolerance, nor our cynicism, nor even our credulity; in short, they are the ideal artworks for “Generation Wuss,” an expression coined by Bret Easton Ellis to describe those Millennials who avoid conflict and repress criticism at any cost. What is remarkable about this era, in which Israel’s practice thrives, is that it bears witness for the very first time in the history of the avant-garde to a generation of artists who do not oppose the preceding one, nor the other ones before that. It is a generation that “likes,” yet never “dislikes”—a judgment deemed so taboo that Instagram and Facebook don’t even offer it as an option.

When the string is pulled, the bird engages in a gracious and hypnotic movement for about a minute: its eyelids start blinking, and its wings begin to flap. Since the automated sculptures of Jean Tinguely or Takis, the possibilities for animated sculpture have evolved in tandem with the emergence of new technologies. Yet, the blunt reality of such animatronics couldn’t be more opposed to the disarming quietude of our pelican, which offers a kind of commentary on them through its use of a hand-powered spring mechanism. Its resolutely low-tech appearance further brings to mind Georges Braque’s Oiseaux noirs or the simple paper cut-out birds of Henri Matisse. As is the case with all outstanding artworks or exhibitions, the sculpture distinguishes itself through its ability to trigger a multitude of associations, which arise spontaneously like pop-ups on a computer screen, a rich ensemble inviting the mind to go beyond mere comprehension.

Alex Israel has titled the monograph, which has just been published on his work, b. 1982, Los Angeles. The two pieces of information that constitute this title define what characterizes his art—his generation and the city of Los Angeles being decisive factors when it comes to approaching his practice, which might be conceived as a continual self-portrait, figuratively speaking. In a more literal sense however, his portrait (the signature outline of his face) gives form to many of his paintings, the contents of which are drawn from photographic images. Among his latest Self-Portrait paintings, one depicts a pelican on the waterfront in Santa Barbara, which served as the model for the one flying at Almine Rech Gallery. Another represents three surfers, all young but each a different age, all wearing black wetsuits. Further on in the exhibition are the artist’s new Self-Portrait sculptures, which also reference wetsuits. Made of painted aluminum, Alex Israel’s body was cast to give shape to these sculptures, which celebrate Los Angeles by alluding to one of the city’s most emblematic sports. Their stiffness, however, and their lack of heads, hands, or feet, make them more evocative of Greco-Roman statues and the remains of lost civilizations than of surfing per se.

The title of Alex Israel’s previous exhibition at Almine Rech Gallery (June 13 – July 25, 2015) was Summer.  He has titled this new one Summer 2. In doing so, he has adopted the strategy of the sequel, commonly used for tentpole summertime films by Hollywood studios. However, while Israel’s art certainly has narrative ambitions akin to those of a fictional movie or TV show, its overall purpose is arguably closer to that of a documentary (dedicated to Los Angeles) or a biopic (dedicated to Alex Israel). No matter what, his work exemplifies the ways in which art and entertainment coexist and cross-inform one another in our current day and age.

Sign up to be among the first to know when new exhibitions by Alex Israel or at Almine Rech open.