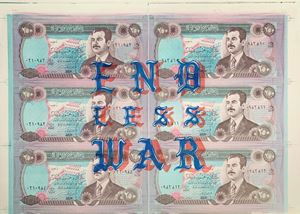 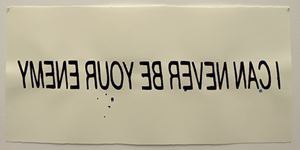 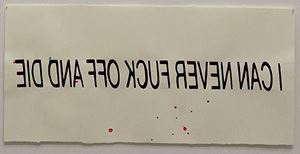 Aaron SandnesI can never remember what it was like, 2016Acrylic and graphite on paper
14 1/4 x 30 inches Baik Art Contact Gallery 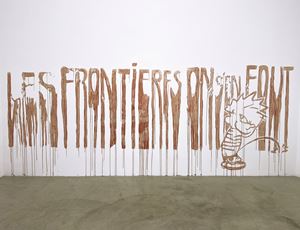 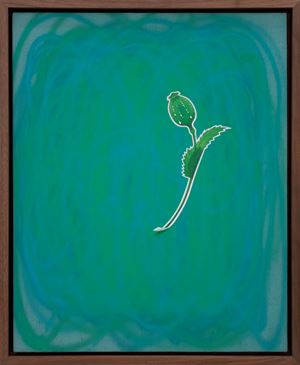 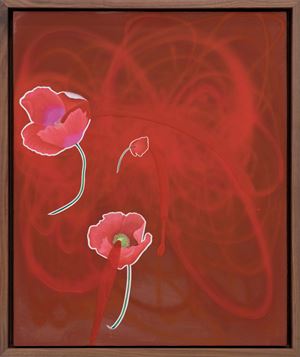 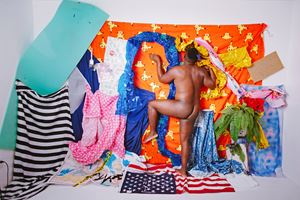 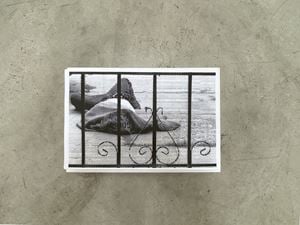 Baik Art is pleased to present Yesterday-Tomorrow, a group exhibition featuring works by Juan Capistran, Rakeem Cunningham, Aaron Sandnes, and Taravat Talepasand. This installation examines the marginalising effects of polarised institutional governance on a country’s inhabitants during times of political campaign. Reflecting on tensions associated with bi-partisan representation, this show questions the efficacy of promoting value systems through codices of pre-ordained thought—An inquiry that reminds us how socio-political problems of our past, if not re-evaluated equitably, will inevitably become the obstacles of our tomorrow. Yesterday-Tomorrow will be on display from March 21st–May 31st 2020.

Why does economic growth insinuate exploitation? How do acts of inclusion trigger radicalised congregation? And what links the empowerment of oppressed individuals to the creation of an adversarial villain? All are questions often subverted within the discourse of political correctness and patriotism. Therefore, we must challenge this fixation on what’s right and wrong and good or evil—as these metrics lack the empathy to overcome our perpetual need for a loser. Works in this exhibition utilise motifs associated with anarchist philosophy to challenge paradoxical notions that have yielded a political zero-sum game.

Greeting visitors is Rakeem Cunningham’s photographic portrait, Untitled, in which his body is formalised by its integration into a broader assemblage of various personal belongings. Viewers are confronted by the artist’s bare body as it shuns any proverbial gaze and affirms its precarious balance on a single foot, firmly mounted on a fallen American flag. A nationalist signal for dire distress and instances of extreme danger, the inverted flag rests beside culturally disparate and banal artefacts, further placing the body in a state of uncertainty. Perhaps intended as an allegorical nod to this country’s relationship to the proletariat class and people of colour, the collaged imagery also asserts a foreboding presence where the individual continues to be displaced rather than affirmed by a cohesive and equitable whole.

Exploring issues of social justice, Taravat Talepasand’s body of work speaks to the troubled, yet hopeful, differences between Governments and their female citizens. Driven to dissolve distinctions between the tolerable and taboo, Talapasand’s 'Opium Tear' paintings reveal a political relationship between fetishised floral signifiers and the heavily regulated and trafficked nature of these substances. Further denoting government inflicted trauma, the artist defaces real Iraqi Dinar (found during the Iraq War) with the words 'Endless War.' The text, phonetically arranged, reads as both a declarative statement and visual design. Seeming to liken the phrase, and its weighted geopolitical implications, indistinguishably from the currency and economic systems for which it finds itself affixed.

Juan Capistran’s mural on the gallery’s interior wall relates to the artist’s continued tradition of producing works within the urban environment as he investigates the ways communities are defined by, and respond to, sociopolitical turmoil. Freestanding prints, available to take, pose obscure text and imagery that evokes sentiments of loss, corruption, unity, and rebellion. The act of disseminating such charged pictorial information, in a highly politicised climate, presents us with an incomplete, yet empowered, understanding of these images as viewers are informed only by their collective assumptions. Challenging traditions of democratic assembly, Juan reveals a reality where those within a community or nation are unjustly manipulated through channels of classification, conjecture, and misinformation.

Beyond Juan’s prints are drawings by Aaron Sandnes from his series, 'Deep Incompleteness' which uses found language within punk sub-genres and personal encounters to create moments of political innuendo. Phrases such as 'Fuck Off + Die' are paired with the artist’s mantra, 'I can never' as a way to illustrate the tensions between social distress and his personal capabilities. The mirrored text further implicates the body as it implies ones’ reflection within each statement and vaguely connotes this language as verbiage for both victim and aggressor. Painted in diluted red and blue acrylics, the layered drawings involve a retracing of each phrase until a deep purple is achieved. Perhaps insinuating the colour of blood, the red and blue of a police siren, or even the two major political factions in the U.S.—the incompleteness alluded to in this series depicts a largely divided understanding of patriotism and sheds light on the artist’s own feelings of political alienation.