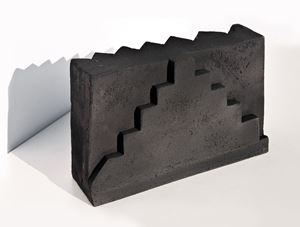 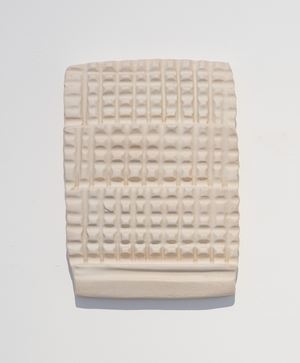 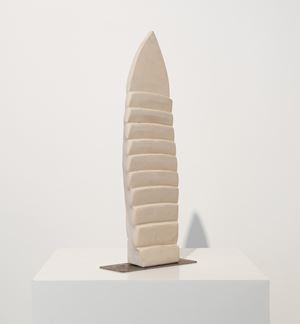 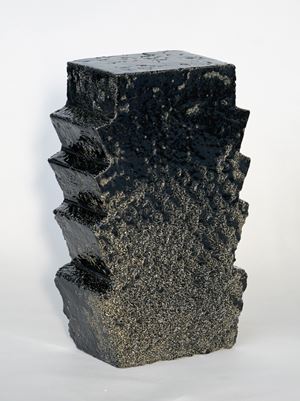 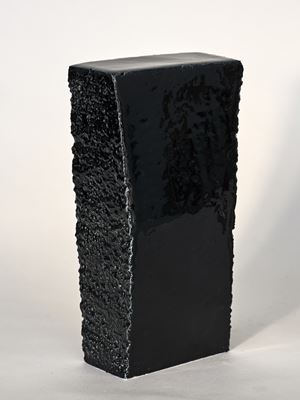 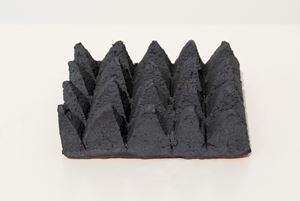 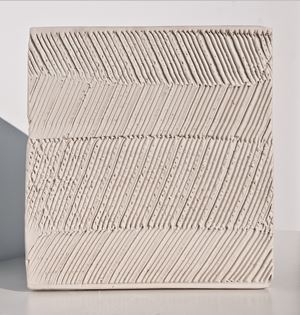 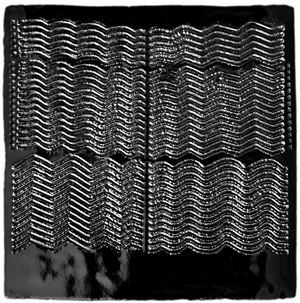 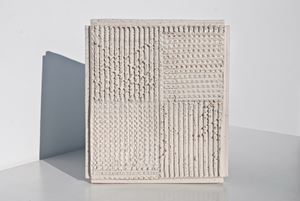 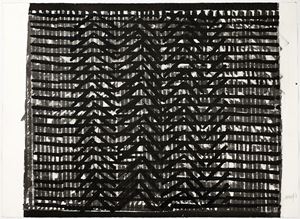 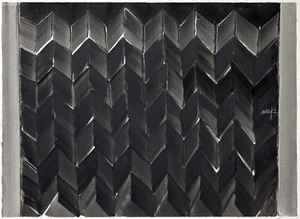 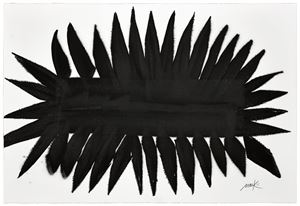 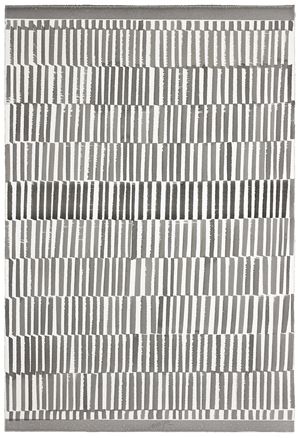 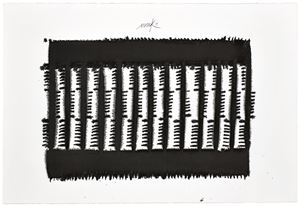 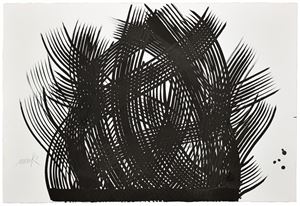 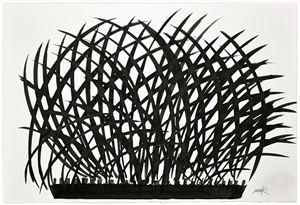 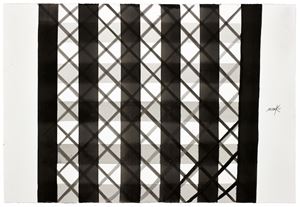 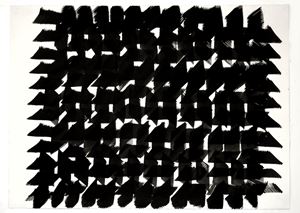 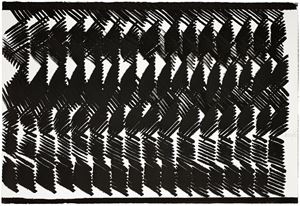 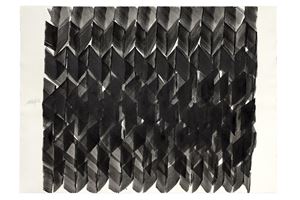 Heinz Mack will celebrate his 90th birthday this year. We look back on his fulfilled life. His creative urge is still undamped. After six successful exhibitions with Heinz Mack, as well as numerous international fair presentations, 12 published books and international projects, also outside our gallery spaces, Beck & Eggeling is now delighted to present ink drawings and ceramics by the multi-talented artist, parallel to the large solo-show at the Kunstpalast.

The art works shown in the exhibition concentrate on black and white and yet display an enormous wealth of variation, not least in the interplay of light on the glazed surfaces of the ceramics. It was the artist's explicit wish to combine these particular works in this presentation.

Our long standing collaboration with Heinz Mack focuses on the ZERO-oeuvre of the artist and this aspect is not disregarded. The ink drawings and ceramics feature structures that were taken from the ZERO-period and developed further. Dynamic structures, elementary forms and chromatic constellations in monochrome colouring not only represent parallels to Mack's 'ZERO language' here, but also expand it with multiple expressive possibilities.

When Heinz Mack first turned to the technique of ceramics almost by chance in 1997, he began an intensive creative phase with this medium and was particularly fascinated by the archaic firing process. In doing so, the artist followed his famous colleagues such as Chillida, Fontana, Miró and Tàpies, who in their time reproduced their own formal language in clay. He worked with a team of specialists in the workshop of Niels Dietrich in Cologne, to create sculptures in clay–some of them of considerable size–and developed an independent glaze design that reflected his strict idea of a colour scheme, preferring the pure colours as they appeared in the light spectrum. Since then, the sculptor Mack has made the art of ceramics his own and has managed to implement it skilfully.

The rhythm that is always recognisable in Heinz Mack's works–the structures that become dynamic and begin to vibrate–is also applied by the artist in his use of the brush with ink. Black ink intensified or softened in the application, superimposed or placed parallel, creates rich nuances and optically almost cancels out the two-dimensional plane of the paper. Alongside grid-like structures, however, there are also free, virtuosic executed ink drawings, in which curved lines and spiky formations burst the page like fans and reveal an impulsive joy of workmanship.

In addition to the intense friendship of the two gallery owners Ute Eggeling and Michael Beck with Heinz Mack, we are particularly proud of the collaboration on the monumental sculpture project The Sky Over Nine Columns, which has attracted international attention since 2014.

Sign up to be among the first to know when new exhibitions by Heinz Mack or at Beck & Eggeling International Fine Art open.
Sign Up
}