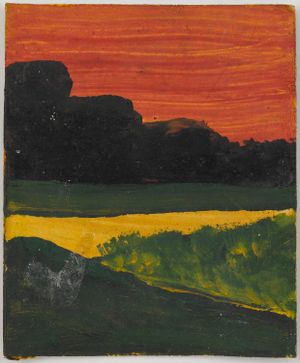 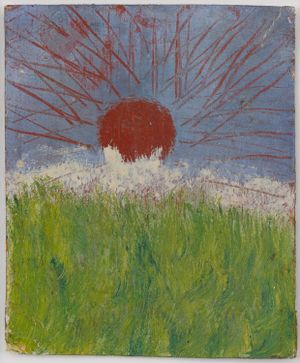 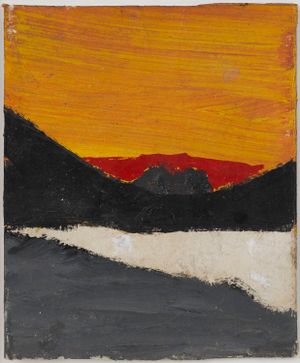 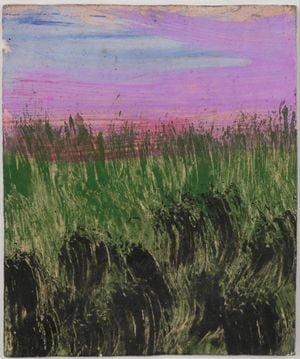 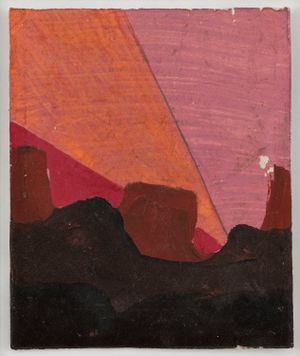 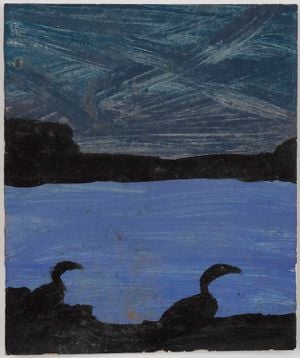 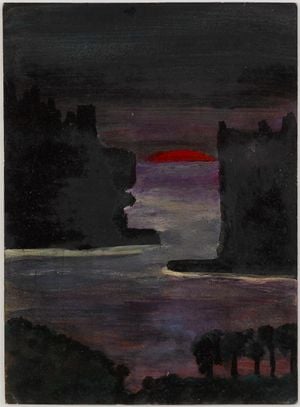 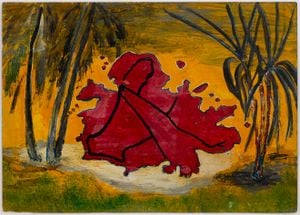 Frank WalterUntitled (Yellow around a red map of Antigua with trees)Oil on back of photograph
12.5 x 20.5 cm David Zwirner Contact Gallery 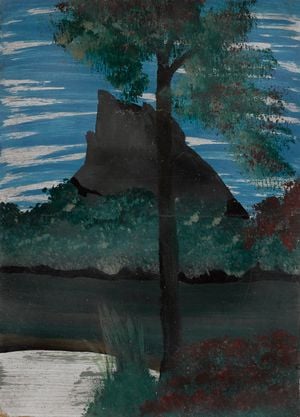 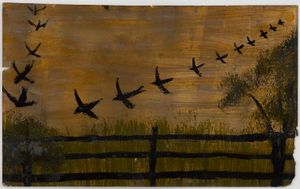 Frank WalterUntitled (Birds flying over a fence and meadow)Oil on back of black and white photograph
12.5 x 20 cm David Zwirner Contact Gallery 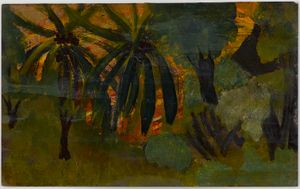 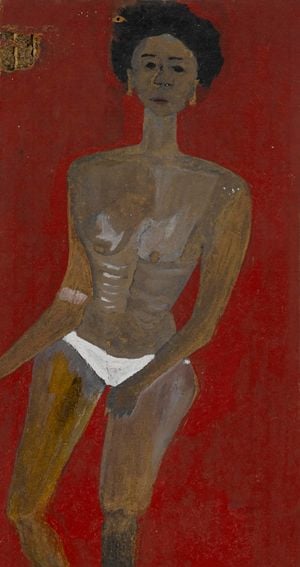 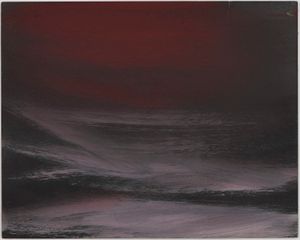 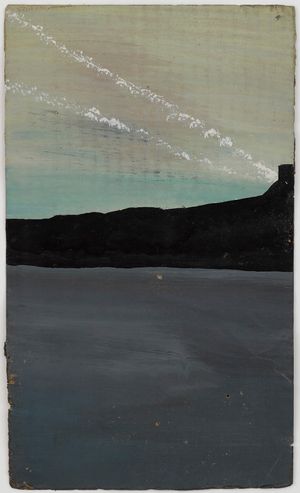 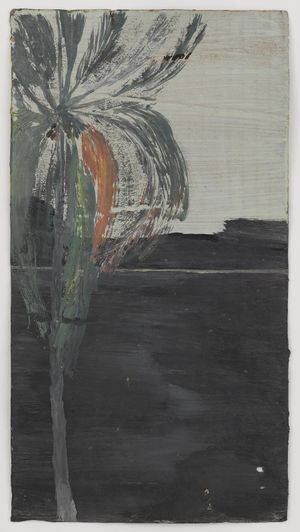 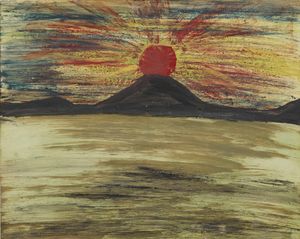 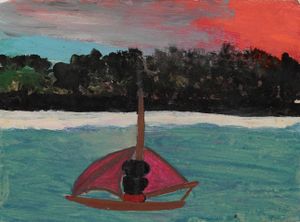 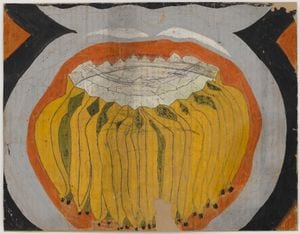 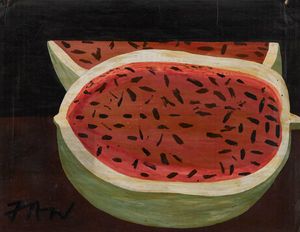 Art is a festival in which a narrative is told.It makes its drama constantly; and speaksIn human flesh, the actor ever bold,On canvas, wood or paper, an audience it seeks.—Frank Walter, from the poem 'What Art Is'

David Zwirner is pleased to present an exhibition of work by Antiguan artist, writer, and polymath Frank Walter (1926–2009) at the gallery's London location. Organised in collaboration with the artist's family, the exhibition will mark the first solo presentation of Walter's work in London. Building upon his recent, celebrated retrospective at Museum für Moderne Kunst, Frankfurt, the presentation will showcase the immense depth of Walter's intellect and creativity and his prolific artistic output. It will include several works that have never been exhibited before.

Over the course of six decades, Walter, a descendent of slaves and plantation owners, created a vast body of work that encompasses a variety of media, styles, and formats. His paintings range from highly individualistic, vividly coloured landscapes that evoke the Romantic spirit of William Blake and Caspar David Friedrich; to formally inventive and probing portraits, many of which reflect the complexities of racial identity; to systematic, abstract compositions reminiscent of the paintings of Hilma af Klint, all rendered in the artist's own absorbing palette and distinctive visual style. Describing the breadth of Walter's art and his innately creative spirit, Susanne Pfeffer, director of the Museum für Moderne Kunst, writes, 'The complexity of Walter's subject matter is matched by the great variety of his materials. He created works on wood, Masonite, cardboard, paper, linoleum, and the backs of photographs, and he painted and drew with oil paint, tempera, watercolour, crayon, pencil, shellac, and glitter. When he was not painting, he wrote; when he was not writing, he made sound recordings. Walter's creativity had an unbelievable intensity, which one can see, feel, and sense in his work.'^1 ^

Though his work was deeply personal and autobiographical, Walter believed in the universal accessibility of his art. As Nina Khrushcheva, who has studied his writing and work, notes, 'The impressive culmination of Walter's output demonstrates that an artist's oeuvre often maps the contours of his life. Each piece Walter created contributed to his self-invention and aided in the construction of his identity and worldview. The immediacy of his images ... forms layers of meaning and builds on significant memories, ideas, and fantasies. In total and in situ in his home, Frank Walter's work formed a holistic and ingenious universe.' At the same time, 'Walter saw himself as a Renaissance man. He was versed in a variety of arts and sciences and ordered his art practice in a universal way, covering many aspects of knowledge and human interactions.'2

During the last years of his life, Walter developed a close friendship with the art historian Barbara Paca, and the two worked to bring his art to the global stage. On the importance of his work, Paca writes, 'As a kind of creative compensation for the discrimination he faced in Europe and the hardships he experienced, Walter's diverse interests and universalism take on added meaning. His vast knowledge and ability in art, politics, science, philosophy, history, and spirituality meant he was capable of assessing life's many complexities, from ecosystems to treatises.'3 She adds: 'The artist's ultimate desire was to affect his audience in a positive way, lifting even the most melancholic and societally bereft to a higher level of being.'4 In 2017, eight years after he passed away, Walter finally received the international recognition he deserved when he was honoured at the 57th Venice Biennale as representative for Antigua and Barbuda—the first time the island nation had been featured at the biennial—with a major retrospective exhibition curated by Paca, Frank Walter: The Last Universal Man, 1926–2009.