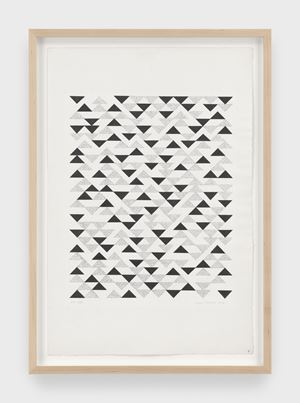 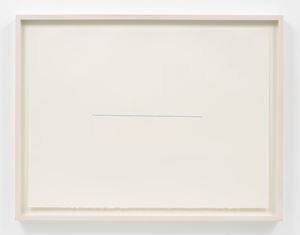 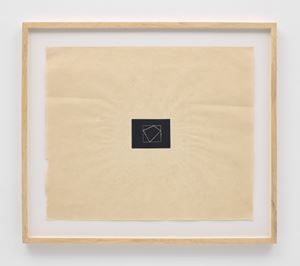 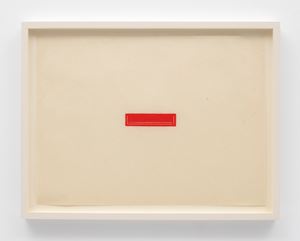 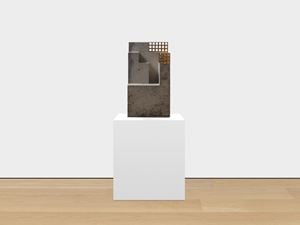 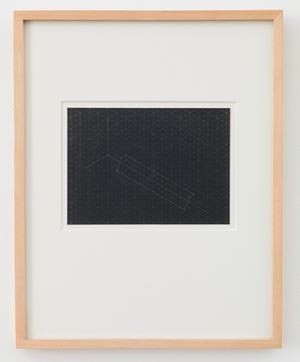 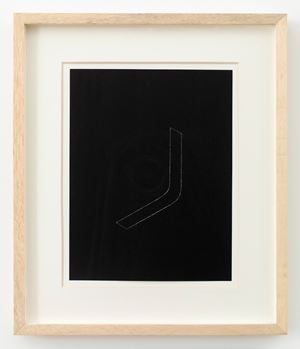 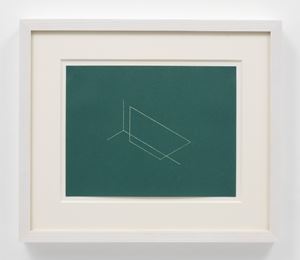 David Zwirner is pleased to present Pure Form, an exhibition that explores the formal qualities of abstraction, on view at the gallery's 69th Street location.

This exhibition highlights a variety of ways modern and contemporary artists have expanded the boundaries of art by exploring the inherent qualities of their media, materials, and forms. Some of the included artists sought purity of expression through their singular dedication to their chosen medium. Others challenged medium specificity while engaging the expressive and experiential potential of methodically reduced forms and unembellished surfaces. Some works in the show play with spatial representation, such as Fred Sandback's use of the seemingly infinite vertical line to create a phenomenological experience of space, while others rely on distinctive and repetitive marks and patterns to create ordered compositions. Featured works date from the 1950s—including a complex sculpture by Ruth Asawa and a perceptually demanding painting by Ad Reinhardt—up to the present, featuring Suzan Frecon's work that focuses on the process of painting itself and the sensuous and evocative potential of paint, surface, and form. In this way, the artworks demonstrate each of the artists' intuitive and devotional exploration of their medium, revealing the wide range of expressions that have been pursued within a focused and restrained set of formal means.

The exhibition showcases representative works by a variety of artists who pioneered unique approaches to form. Among them are works by artists who studied and taught at Black Mountain College, including Anni Albers, Ruth Asawa, and Ray Johnson. Albers's intricately patterned DR XVI (B) (1974) is composed of arrangements of shaded triangular forms. Triangles such as these became a dominant motif in her work during this period, in part due to the difficulty of including triangular forms in the gridded structure of textiles. A looped-wire sculpture by Asawa (c. 1958) is an elaborate example of the artist's hanging sculptural works made from a single continuous line of wire. Through the simple, repeated gesture of looping the wire, Asawa's work accumulates into a complex, poignant whole. Seven Centers of a Ladder (c. 1949–1951), a rare, early painting by Johnson comprising seven abstract stacked box forms, demonstrates the influence of the geometric abstractions of Josef and Anni Albers on his early development as an artist.

Also featured are several pieces by artists working in a reductive tendency and interested in investigating primary shapes and forms. Two of Donald Judd's wall-mounted box works are shown together, showcasing this fundamental form that the artist would return to in various proportions, materials, and configurations over the course of his career. Executed in clear and black anodised aluminium, the works explore the primary preoccupations of the artist's body of work, such as the relationships between surface and volume and interior and exterior space, and demonstrate his visionary approach to using industrial material as well as his considered attitude toward proportion and installation. Another work on view is Mary Corse's shaped-canvas painting Untitled (White Diamond, Negative Stripe) (1965), an example of the artist's early explorations of the reflective properties of white acrylic paint, which she tested in a variety of formats as part of her ongoing efforts to bring light into her paintings without depicting it directly.

Other paintings in the exhibition feature specific forms that proliferate within the constraints of the painterly support. An early, paradigmatic example of Yayoi Kusama's 'Infinity Net' paintings, No. O.A. (1960), presents a white net pattern spread out across a black background, creating from a distance an optical combination of the different colours. While from afar, the pattern appears flat and uniformly repetitive, a closer look reveals the materiality of the paint and the uniqueness of the individual 'masks.'

Works by Suzan Frecon and Carol Bove further elucidate contemporary investigations of abstract form in the artists' chosen media. Frecon's snaefellsjoekull (dark reddish brown violet earth) northern light (2018) exemplifies the artist's approach to painting, in which composition serves as a foundational structure, holding colour, material, and light. Her paintings are characterised by asymmetrically balanced forms in precise spatial and proportional relationships. The artist mixes pigments and oils to differing effects, and her almost tactile use of colour and contrasting matte and shiny surfaces heightens the visual experience of her work. Colours and surfaces vary in terms of density and reflectivity, and areas in the compositions frequently shift between dark and light. Figure can become ground and ground can become figure, or as the artist prefers to define it, full and empty space. Bove's Untitled (2014) is from a series of sculptures composed of brass cubes that are methodically attached to one another and placed into a base made of concrete. While individually, the components recall the minimalist cube, their intricate arrangement is evocative of mathematical models, complex geometric forms, and modern architectural structures.

The 69th Street gallery provides an intimate setting for viewers to encounter these varied and signature works and to observe an artistic dialogue on form and material that spans generations.

19 new artworks have recently been added by David Zwirner.
Sign up now to be among the first to know when new artworks are added.