Yayoi Kusama’s work has transcended two of the most important art movements of the second half of the twentieth century: pop art and minimalism. Her extraordinary and highly influential career spans paintings, performances, room-size presentations, outdoor sculptural installations, literary works, films, fashion, design, and interventions within existing architectural structures, which allude at once to microscopic and macroscopic universes.

Born in 1929 in Matsumoto, Japan, Yayoi Kusama joined David Zwirner in early 2013. The gallery's inaugural exhibition in 2013 with the artist, titled I Who Have Arrived In Heaven, spanned all three spaces at West 19th Street in New York. Her second gallery solo show was held at David Zwirner, New York in 2015. Opening November 2, 2017, the gallery will present two concurrent solo exhibitions or new works by the artist across three gallery spaces in New York: Festival of Life at 525 and 533 West 19th Street in Chelsea and Infinity Nets at the recently opened space on 34 East 69th Street on the Upper East Side.

Since her first solo show in her native Japan in 1952, the artist's work has been featured widely in both solo and group presentations. In the mid-1960s, she established herself in New York as an important avant-garde artist by staging groundbreaking and influential happenings, events, and exhibitions. Her work gained widespread recognition in the late 1980s after a number of international solo exhibitions, including shows at the Center for International Contemporary Arts, New York and the Museum of Modern Art, Oxford, England, both taking place in 1989. She represented Japan in 1993 at the 45th Venice Biennale to much critical acclaim.

Major touring surveys include those organized by the Los Angeles County Museum of Art and The Museum of Modern Art, New York, 1998; Le Consortium, Dijon, France, 2000; National Museum of Modern Art, Tokyo, 2004; and the Museum Boijmans Van Beuningen, Rotterdam, 2008. Her work was the subject of a large-scale and well-received retrospective, which traveled from 2011 to 2012 to the Museo Nacional Centro de Arte Reina Sofía, Madrid; Centre Georges Pompidou, Paris; Tate Modern, London; and the Whitney Museum of American Art, New York. From 2012 through 2015, three major museum solo presentations of the artist’s work, Eternity of Eternal Eternity, A Dream I Dreamed, and Infinite Obsession simultaneously traveled to major museums throughout Japan, Asia, and Central and South America—all of which all drew record-breaking attendances at every venue. In 2015, the Louisiana Museum of Modern Art in Humlebæk, Denmark organized a comprehensive overview of Kusama’s practice, including works that span the full length of her career. The show traveled to Henie-Onstad Kunstsenter, Høvikodden, Norway; Moderna Museet, Stockholm; and Helsinki Art Museum. In 2017, The National Art Center in Tokyo hosted My Eternal Soul, a solo exhibition featuring over 130 paintings from the artist’s series of the same title, which she began in 2009, as well as works that span her entire career.

Currently on view at the Queensland Art Gallery | Gallery of Modern Art, Brisbane, Australia is Yayoi Kusama: Life is the Heart of the Rainbow, through February 11, 2018. The exhibition is organized in collaboration with the National Gallery of Singapore, where it was on view in 2017, marking the artist’s first major survey of her work in Southeast Asia. Opening in March 2018 at the Art Gallery of Ontario, Toronto will be Infinity Mirrors, a major survey of Kusama’s work. The show was first on view at the Hirshhorn Museum and Sculpture Garden, Washington, D.C., followed by the Seattle Art Museum and The Broad, Los Angeles. It will tour through 2019 to The Cleveland Museum of Art, Ohio and High Museum of Art, Atlanta, Georgia. A museum dedicated to the artist’s work, Yayoi Kusama Museum, opened October 1, 2017 in Tokyo with the inaugural exhibition Creation is a Solitary Pursuit, Love is What Brings You Closer to Art. Work by the artist is held in museum collections worldwide, including the Centre Georges Pompidou, Paris; Hirshhorn Museum and Sculpture Garden, Washington, D.C.; Los Angeles County Museum of Art; The Museum of Modern Art, New York; National Museum of Modern Art, Tokyo; Stedelijk Museum, Amsterdam; Tate Gallery, London; Walker Art Center, Minneapolis, Minnesota; Whitney Museum of American Art, New York; amongst numerous others. Kusama lives and works in Tokyo. 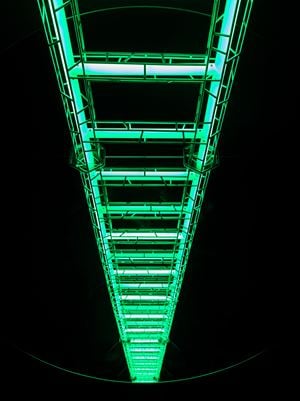 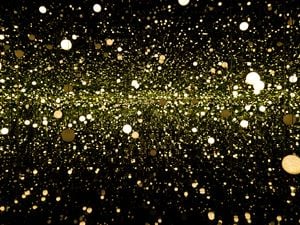 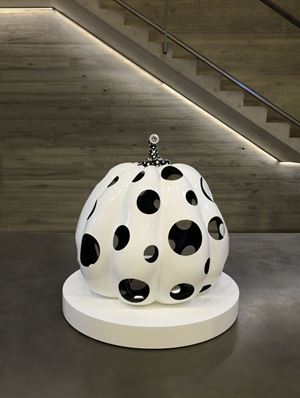 Read More (52)
Related Press Yoshitomo Nara Becomes Most Expensive Japanese Artist as His 'Knife Behind Back' Sells for Record-Smashing HK$195m 14 October 2020, The Value

Art lovers and Instagram fanatics will both have a good reason to head to the Rockaways this summer: Yayoi Kusama's shimmering Narcissus Garden will be installed there starting July 1. The work is