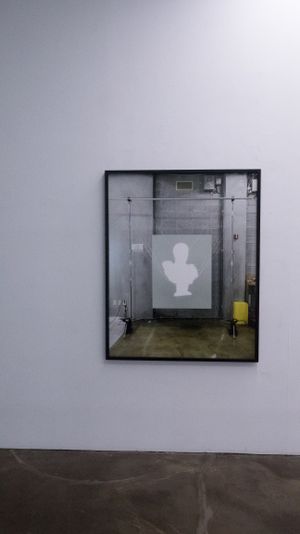 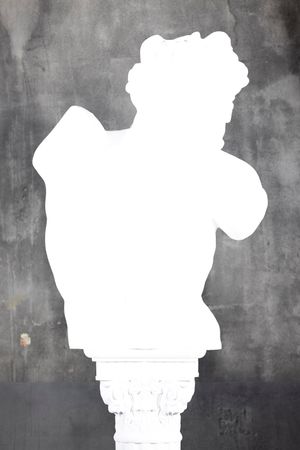 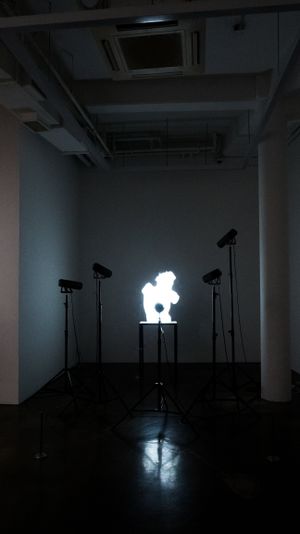 WON SeoYeoung's photographs and installation artworks face forward. The key to his work is the "frontal" image of the lens/eyes. Since 2011, his photographic series and installations have shown a single object in front of the lens, compressing the physical state of multiple layers of background, space, lighting, etc. into one facade. Even in this exhibition, the phrase 'front' penetrates both the plane and the three-dimensional structure.

The image is still structured as forward, a single gaze. But now the facade is intended not to show something, but to hide it. A white human body figure which has only an outline gives rise to a paradoxical image of an empty front. "Front," the almost only image the work shows, touches the desire to find something in behind, side, and on the other side.

The old belief that photography proves something is partly true. Photography is because it requires minimal physical contact with something that (has) existed. On the other hand, the process of photography working also involves making proof impossible. Not in post-editing level, but within the extent that the lens already works, it cuts, magnifies, and distorts the presence of the frame where it (has) existed. In addition, lighting makes free photographs from the obligation proof of existence, by allowing them to erase visible figures of something that (had) existed or obtain unrealistically.

The exhibition presents a photography and installation of the face of without substance. And instead of a concrete face that normally considered to be seen, it is recommended to look around the back of the shadow and crumpled marks left behind. From this, the faces almost disappear in the motion of the image forming sideways, either around or behind, and wait to appear at the same time.