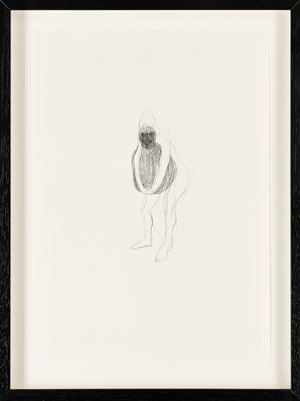 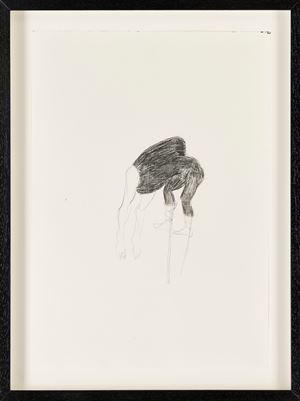 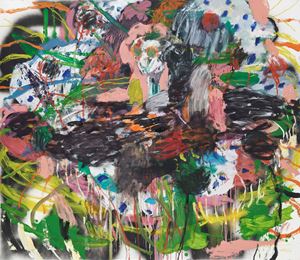 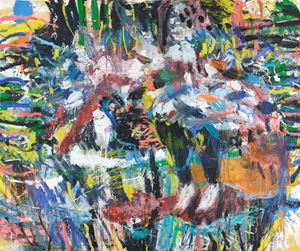 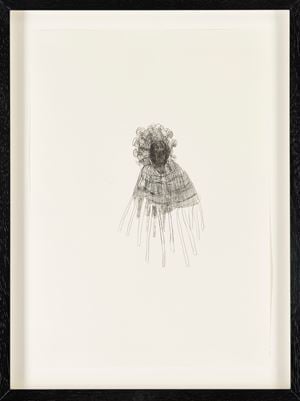 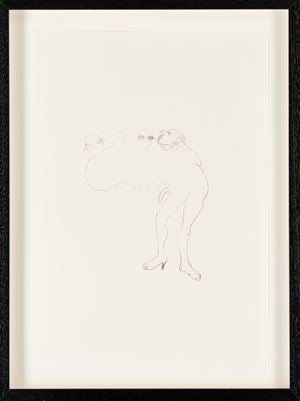 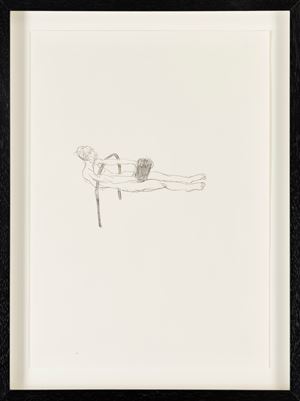 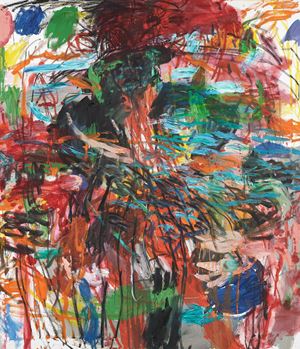 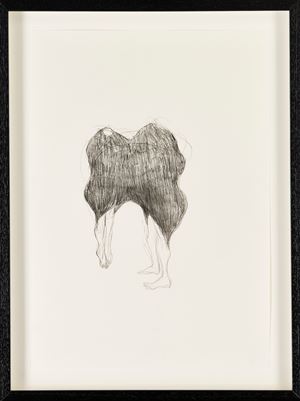 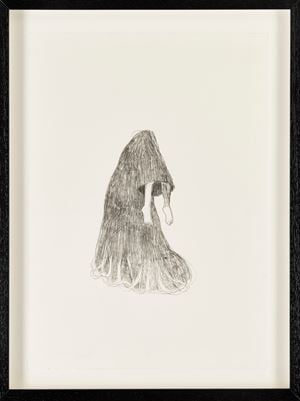 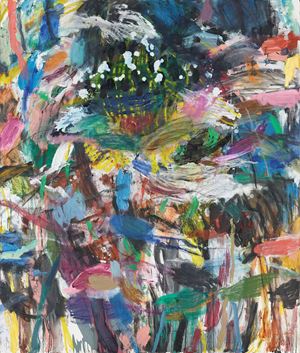 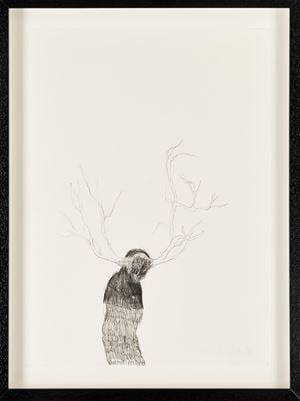 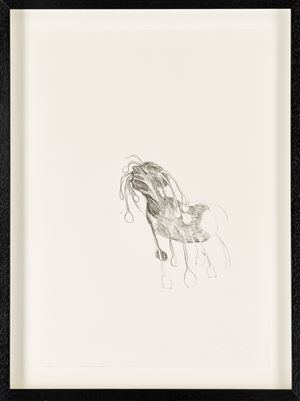 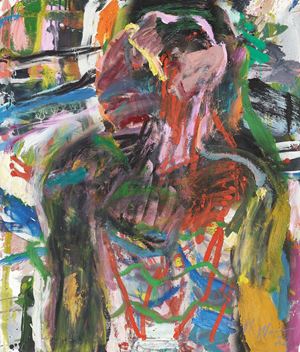 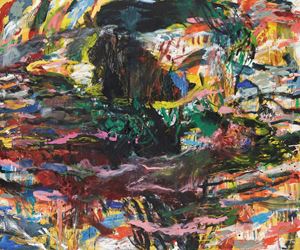 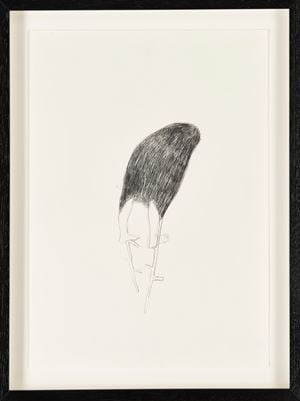 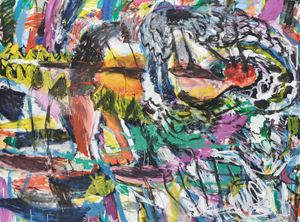 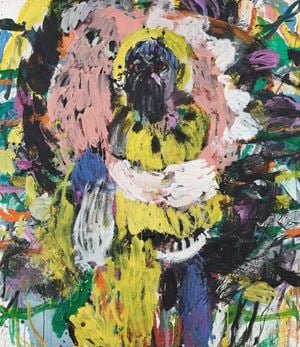 I am zipped in my mind space

Still participating in spaces of interaction to interrogate my capacity to deal with others.

To locate and focus on the source power at the table

The spilled/ spoiled/ broken table at the last supper

Talk to me while I'm eating marks Masamvu's first solo exhibition in the United Kingdom, bringing a selection of never before exhibited works produced in Harare during 2020 in which the artist continues to unpack the human condition in relation to the natural world.

Masamvu's brushstrokes exist as remnants of the physical action of painting in which multiple temporalities are included in a single image with several layers of imagery beneath the surface. The outcome is a porous pictorial space, one that moves between representational clarity and abstract abundance.

Masamvu's multidisciplinary practice explores the socio-political setting of post-independence Zimbabwe. His work draws attention to the impact of economic policies that sustain political turmoil and raises questions around what it means to preserve a state of being with dignity. Central to his painting practice is a strategic approach to combining abstraction and figuration through which the artist considers a possible language for redemptive space:

'I use figuration and abstraction in my work because I am looking for an alternative space—one that is against the forced ideology of government and the breakdown of the pursuit of humanity. For this, the symbolism of the landscape and the figure in constant states of entangled metamorphosis are important. I am aware of the communion of the body, the soil and spirit and am interested in how transfiguration and memoirs of body and soul can evoke a real sense of vulnerability'

Across Masamvu's oeuvre, figures appear within abstracted landscapes into which they seem to be amalgamating. This process of assimilation into the land symbolises the return to nature and a releasing of the shackles of the forced ideology of governance and control. In renegotiating our relationship to land—seeing it not as something to be owned, but as a spiritual place in which to live in symbiosis—Masamvu suggests ways in which we might, as artist and curator Brook Andrew states, 'resolve, heal, dismember and imagine futures of transformation for re-setting the world.'

For Zimbabwe-based artist and curator Georgina Maxim, Talk to me while I'm eating is the culmination of twenty years in which Masamvu has developed a distinct visual grammar and covertly alludes to persisting censorship in Zimbabwe:

'Despite the fact that Masamvu refuses to acknowledge being a political artist, there are incidents where he has been unable to turn a blind eye and to simply "witness the consequence". These feelings and frustrations towards the "remnants of old behaviour" from those in "power" has given birth to works like Whispers in the Mist where these misdeeds must be confronted, challenged and made visible.'

As Masamvu writes in the poem that accompanies this exhibition:

How much appetite do I still have?

To draw inspiration from the past

Or do I still feel empowered by ticking the checklist?

Without paying heed to the consequences that may fall?

Maxim describes Masamvu's recent mindset for creating as operating within a 'war space' in which 'not once did he back down'. In this latest body of work, she perceives that 'the picture planes are filled with struggle [...] There is an organised chaos to the paintings where they initially appear to go in many different directions, but still confined to the perimeters of each canvas. And yet, something my eyes constantly return to are the figures in Masamvu's works—these subjects that best allow him to express, interpret and read the moments around him. From the repetition of these figures to the hanging feet, and even the words deeply embedded within the brushstrokes of the oil, the paintings in their complexity take ownership' – Maxim.

Talk to me while I'm eating

Sign up to be among the first to know when new exhibitions by Misheck Masamvu or at Goodman Gallery open.