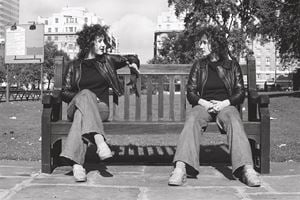 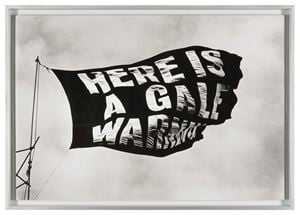 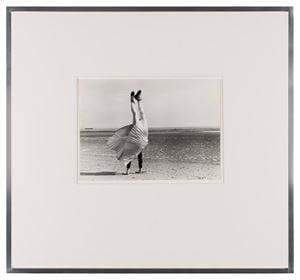 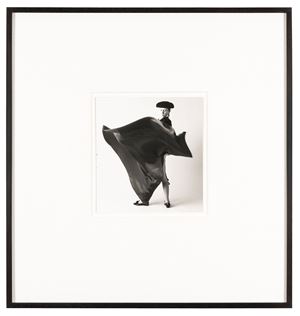 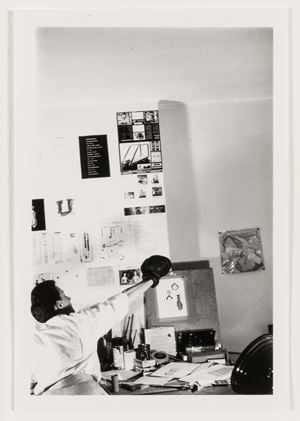 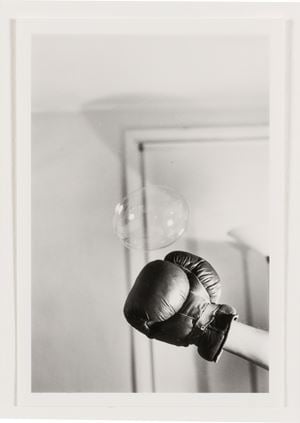 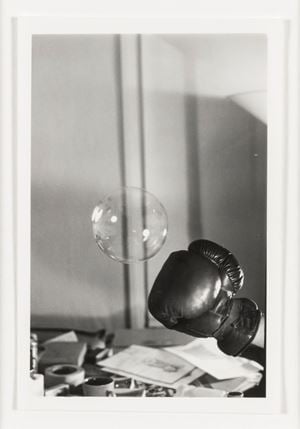 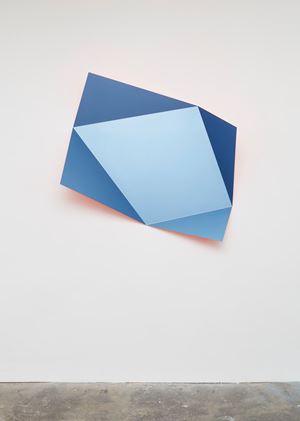 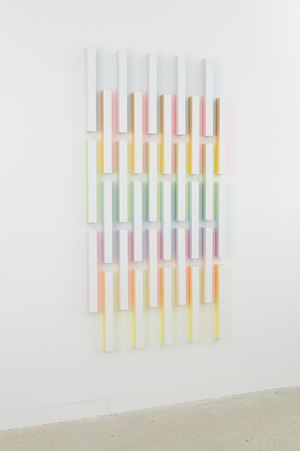 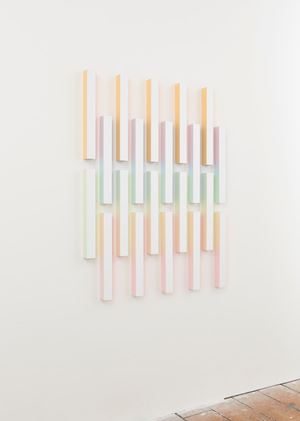 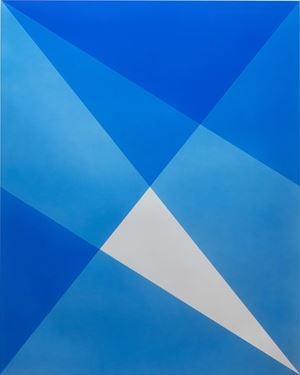 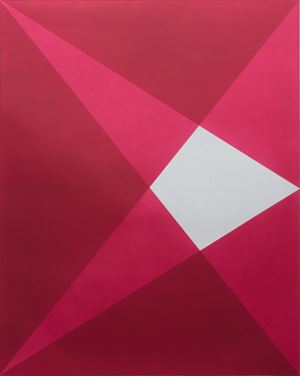 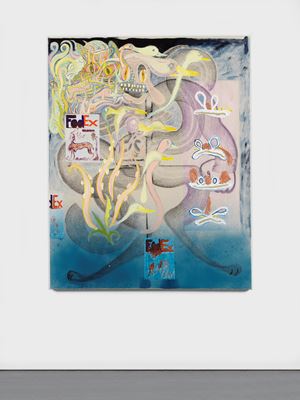 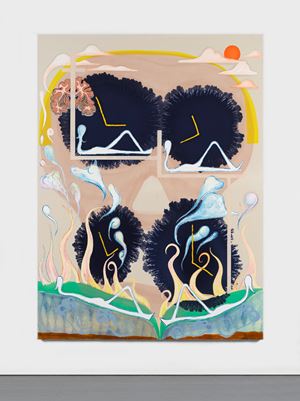 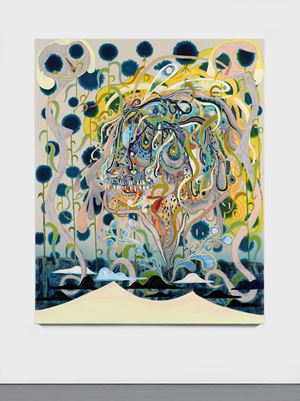 We are pleased to present three artists this year: new sculptures by Rana Begum, a new series of paintings by Florian Meisenberg and black and white photographs from the 1970s by Rose Finn-Kelcey.

Rana Begum, born 1977 in Bangladesh, lives and works in London.

Begum is due to have her first solo exhibition at Kate MacGarry in September. The viewing room includes several new works; a large Fold sculpture, two Bar works and unseen painted mirror panels, which focus on the interplay between light and colour, blurring the boundaries between sculpture, painting and architecture.. Rana Begum's meditative and transformative work has affinities with the built environment and her use of repetitive geometric patterns echoes the structure of Minimalism, Islamic art and industrial cityscape as well as inspiration from childhood memories of the rhythmic repetition of daily recitals of the Qur'an.

As part of our Viewing Room we are showing five iconic black and white photographs from the 1970s. Rose Finn-Kelcey was an artist central to the emerging communities of performance and Feminist art in the UK who first came to prominence in the early 1970s. The nature of her work is richly diverse, both in form and subject matter, however it is consistently conceptual and 'characterised by a dry wit that belies the formidable intelligence and deep humanity that drove her practice'1. Finn-Kelcey deftly offers humour as a point of access into her work, allowing a wide audience to consider topics as varied as life, death and spirituality communicated with great depth and profundity.

Florian Meisenberg born in 1980 in Berlin, lives and works in New York.

Meisenberg's third solo exhibition with Kate MacGarry was due to open in April 2020 with a new series of paintings as part of a multi-media installation. Meisenberg's new works conjure a sense of lightness and depth, with a return to dense, multi-layered compositions in oil that leap between digital and analogue motifs. Rendered in soft, layered hues, windows and grids replicate themselves in dizzying chains of auto-proliferation, as 'panes' of iridescent paint seem to hang suspended above the main action, functioning as screens on which oily fingertips have left cartoonish smudges. Where oil has been allowed to seep through the canvas, the pigment spreads like active fingers of sweat or mould while insects, organs and self-portraits recur in myriad iterations, as if feverishly recalled or only half-remembered. This body of work speaks to Meisenberg's fascination with the deconstruction of identity in a post-corporeal, digitised world.