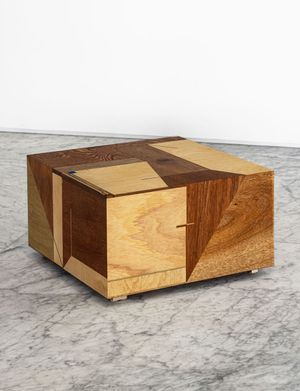 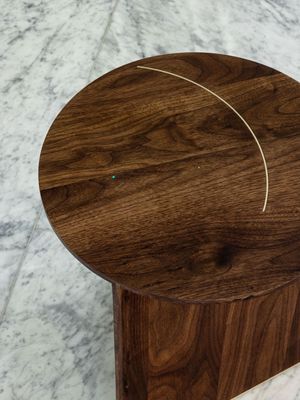 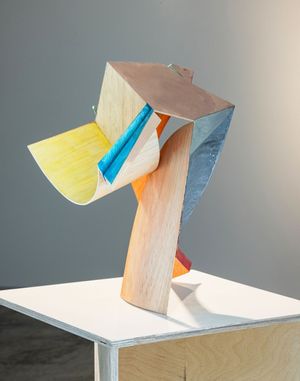 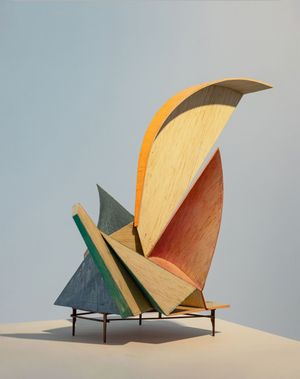 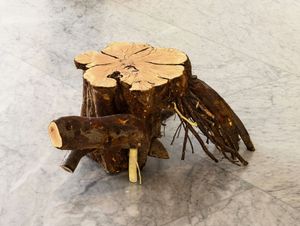 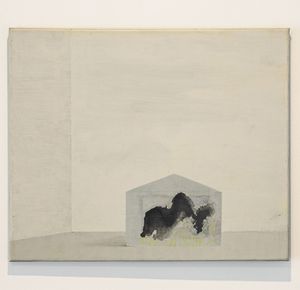 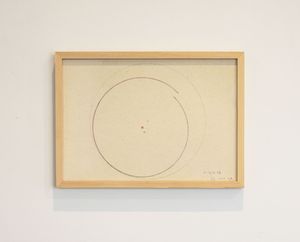 PKM Gallery presents resemble, a solo exhibition by Koo Hyunmo (b. 1974), who is an artist known for his delicate touch and distinct poetic lyricism. The exhibition is held in three years since his last solo show Acquired Nature in 2018. Installation, sculptures, drawings, and maquettes included in the show reflect Koo's recent introspection on the topic of 'boundary between art and furniture.'

Koo Hyunmo's artworks are not made to convey a specific notion. His works rather blur the boundary between two seemingly contrasting concepts such as reality and fiction, or principle and phenomenon. With his delicate and adept skills, Koo produces artworks that continuously vacillate and escape from being categorised. By bringing in his home into the gallery, Koo obscures the dichotomous division of inside and outside, public and private memories. The artificial moon, cloud, and tree branches in Koo's artworks question the man-made definition of art, and the divide between artificial and nature. In all, his works provide aesthetic enjoyment of thinking outside the box.

Works on display at the exhibition include a delicate patchwork coffee table with geometrical patterns, a brass stool casted from a real log, a mobile with actual twigs and brass twigs, and other objects that could be easily found in our everyday life. Each work is 'a piece of art' and 'furniture' and vice versa, not falling under a single definition but 'resembling' one another. Therefore, each work exists in between two different notions, satisfying both at the same time. Each of Koo's small-scale geometrical sculptures, that are opposite from general attributes of sculptures such as 'heavy' or 'weighty,' incorporates the process of bending thin and light plywood and then painting its surface. The combination of the artificial and natural materials in Koo's works and the resulting shapes provide various possibilities in art. Koo's contemplation on the 'functions of naturally and artificially derived materials and forms, and their borders' presents ambivalent feelings of happiness and satisfaction. This flexibility of the exhibition presents the joy of borderless imagination to the audience.

Koo Hyunmo studied Ceramics at Hongik University (Seoul) and Sculptures at the Dresden Academy of Fine Art (Dresden), and earned an Meisterschüler under the direction of Professor Marin Hornet. Koo has been active in cities in Germany such as Berlin, Leipzig, Dresden, and has been participating diverse group shows at prominent institutions including the Arko Art Center (Seoul), Museum SAN (Wonju), Sungkok Art Museum (Seoul), OCI Museum (Seoul), and Art Center Nabi (Seoul). In 2009, Koo Hyunmo received the Art Award from MPI-CBG (Max Planck Institute of Molecular Cell Biology and Genetics) which is the birthplace of Nobel laureates as well as an institution devoted to encouraging multidisciplinary research in the field of basic science, humanities, and arts. Koo's works are included in the collection of Staatliche Kunstsammlungen Dresden (Dresden).

Sign up to be among the first to know when new exhibitions by Koo Hyunmo or at PKM Gallery open.
Sign Up