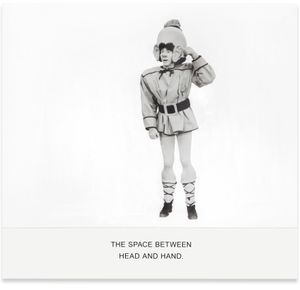 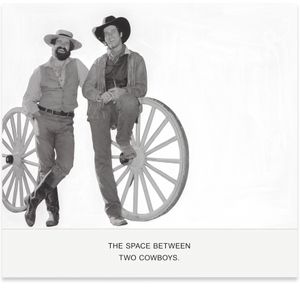 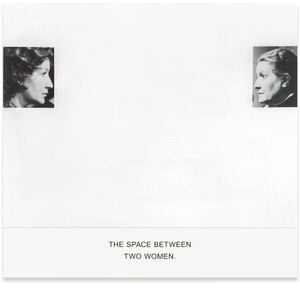 One of the greatest artistic minds of the twentieth and twenty-first centuries, John Baldessari made an indelible mark on contemporary art worldwide through his probing works, his innovative approach to various art mediums, his boundary-pushing, transcendent wit and his mentorship to countless artists and friends over the course of his storied career. Having worked with and learned from John for over thirty years, Monika Sprüth and Philomene Magers are honoured to present his final painting series, 'The Space Between', at Sprüth Magers, Los Angeles—an exhibition made ever more poignant by his death in early 2020 at the age of 88, and for being situated in the artist's home city. The thirty paintings on view, which exhibit Baldessari's characteristic combining of text and image, testify to the artist's unending urge to question the manner in which we find meaning amid the multitude of signs, symbols and gestures that structure our lives.

The Space Between (all works 2019) comprises inkjet prints on canvas that reproduce found imagery overlaid with fields of paint. These brushy passages of white and black acrylic blot out elements of each original scene, and in doing so leave particular people, objects and areas exposed. Below, lines of text bring the eye to elements within this visual network. In The Space Between Two Cowboys., a pair of smiling men dressed in cowboy hats and riding gear rest against two large wagon wheels. A white expanse surrounds them, engulfing the background that presumably once gave them a specific context and—by extension—significance. As our eye shifts between fore and background, we are left to ponder who these people are and who they smile for, as well as attend to the visual, textual and cultural markers that lead us to read them as 'cowboys' to begin with. In other works, rather than obscuring the in-between spaces with paint, Baldessari flips the script and leaves those spaces visible, occluding individual objects instead. His spatial overlays and excisions at once deflect and direct our attention, while also betraying the processes by which we encode and decode the world around us.

In several works, the artist drew unexpected objects into his balance of image and text, such as in The Space Between Two Legs. and The Space Between Head and Edge.; though their titles and captions reference mundane objects, their imagery clearly displays, respectively, a gun and a knife plunged into a character's back. As Baldessari explained in a 2009 interview for Art21, 'When you're looking at two things, don't look at them, look between them . . . the space between two things, that's very important.' His final body of work makes visible the zones between word and image, foreground and background, presence and absence, and symbol and meaning, giving each canvas a poetic ambiguity.

Despite the subtle structural shifts throughout the series, uniting The Space Between's thirty paintings is Baldessari's singular approach to his photographic source materials, which he culled from his vast archive of film stills, press images and local ephemera. Certain themes reveal themselves across the series, including the preponderance of body parts—a quintessentially Baldessarian subject—in the form of hands, ears, mouths and arms. Expressive features by nature, they perform an array of gestures across the paintings (pointing, grasping, punching, gripping), at every turn carefully orchestrated by the artist to conjure surreal and evocative, but always open-ended, messages. Handheld implements such as weapons, tools and cameras also take centre stage, giving the series a sense of movement, tension and dynamism.

Simultaneously banal, surprising, and poignant, Baldessari's last series beautifully encapsulates the thrust of his artistic project as a whole: To explore the amorphous spaces between things, people and ideas. Baldessari himself occupied a 'space between'—working between painting and photography, art and other disciplines—that can never be filled.

An illustrated catalogue will appear on the occasion of the exhibition, published by Sprüth Magers and Verlag Walther und Franz König, with contributions from Russell Ferguson, Hans Ulrich Obrist, Cathy Opie and David Salle, among others.