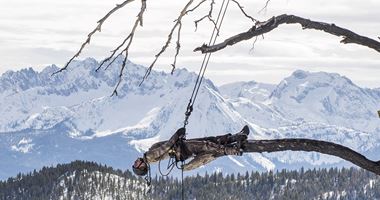 Born in 1969 in Stockton, California, Walker was raised from the age of 13 in Atlanta, Georgia. In 1991, she received her BFA from the Atlanta College of Art, followed by an MFA from the Rhode Island School of Design in 1994. In 1997 she received a McArthur fellowship. The artist's fantastical and nightmarish tableaux frequently delve into the pre-Civil War South, with protagonists shown in acts of violence or copulation, exaggerated to comment on racial and gender stereotypes and power structures.

Walker first gained recognition in 1994, with her mural Gone, An Historical Romance of a Civil War as It Occurred b'tween the Dusky Thighs of One Young Negress and Her Heart, presenting her signature cut-outs in the midst of sexual and violent scenarios. She has since transferred her use of silhouettes—a traditionally genteel, Victorian medium—across animation, shadow puppetry, and sculptural installations. One example is A Subtlety: Or... the Marvelous Sugar Baby an Homage to the unpaid and overworked Artisans who have refined our Sweet tastes from the cane fields to the Kitchens of the New World on the Occasion of the demolition of the Domino Sugar Refining Plant (2014): a public project commissioned by Creative Time at the Domino Sugar refinery in Brooklyn. A female sphinx made from blocks of EPS foam covered in white sugar and measuring 75 feet long and 35 feet high was positioned with 13 life-sized young male figures that were cast from boiled sugar and modelled after racist figurines that the artist found online.

Walker's subject matter is frequently graphic and overwhelming. In 1999, the Detroit Institute of Arts removed A Means to an End: A Shadow Drama in Five Acts (1995) from the exhibition Where the Girls Are: Prints by Women from the DIA's Collection after its presence was deemed too controversial by the museum's administration and advisory group the Friends of African and African American Art.

In 2006, Walker presented After the Deluge at The Metropolitan Museum of Art in New York: an exhibition that placed her work alongside works from the Museum's collection, in response to the devastation of Hurricane Katrina. The exhibition preceded her first large-scale American survey at the Walker Art Center, Minneapolis: Kara Walker: My Complement, My Oppressor, My Enemy, My Love.

Walker's 2019 Hyundai Commission at Tate Modern's Turbine Hall, Fons Americanus (2019) is a 13-metre-tall fountain that explores the histories of Africa, America, and Europe, with water representing power and recalling the transatlantic slave trade. The fountain's structure references the Victoria Memorial in front of Buckingham Palace. Walker said the work was 'about power . . . and the ways power has been unequally distributive, the imposition of race, for instance, determining the fates of peoples'.

In 2012, Walker became a member of the American Academy of Arts and Letters, and in 2018 she was elected to membership of the American Philosophical Society. Her work has been shown in a number of institutions worldwide, including the Centre d'Art Contemporain Genève (2000); Des Moines Art Center (2000); University of Michigan Museum of Art, Ann Arbor (2002); Williams College Museum of Art, Williamstown (2003); Tate Liverpool (2004), and the Cleveland Museum of Art (2016). 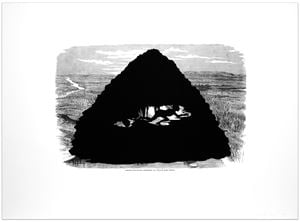 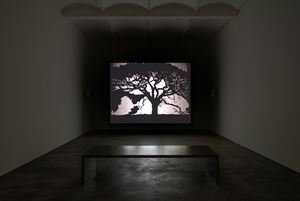 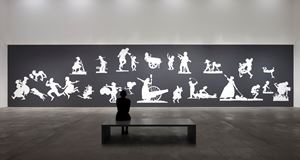 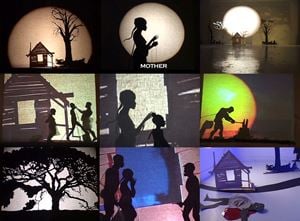 Kara Walker…calling to me from the angry surface of some grey and threatening sea., 2007Video, colour, no audio; 9 min 10 sec
Sprüth Magers Enquire 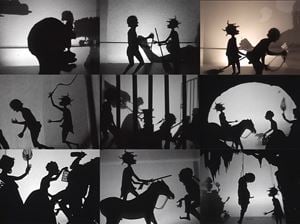 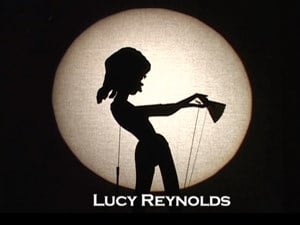 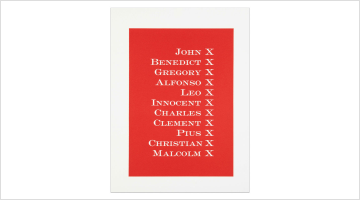 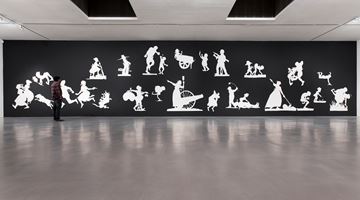 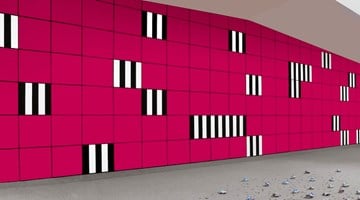 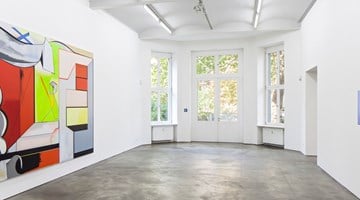 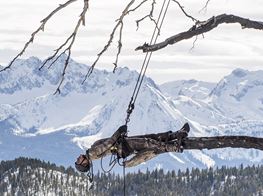 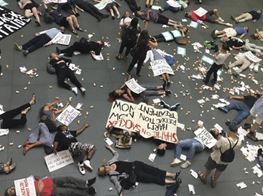 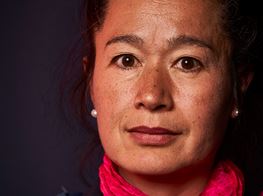 With Trump threatening to defund the arts, Sanders promises 'I will be an arts president.' 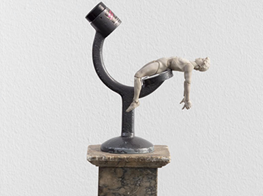 In this report on Gallery Weekend Berlin, Mitch Speed finds himself drawn to works that reflect bodily affect, and considers how they echo art's relationship with commerce. 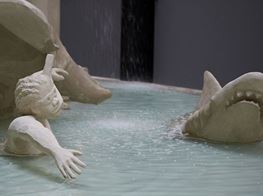 The public monuments of a great city such as London are objects which we both see and do not see. The not-seeing is, in part, a choice, and in part a response to the facts that these things are too familiar to be seen. 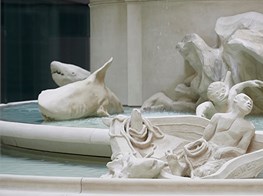 At the pinnacle of Kara Walker's 13-metre-high fountain in Tate Modern's Turbine Hall, a Black woman's breasts and slashed jugular spurt water. It is horrifying. Maybe not so when you perceive the water as emerging only from her breasts, although the supposed excess layered onto Black femininity might jump out, but it chills to locate the source... 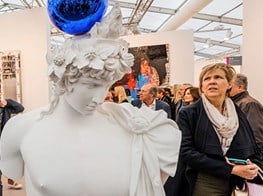 It can be tiring traipsing around the annual Frieze London art fair in Regent's Park – which is why, when you pass Tokyo gallery Taro Nasu's booth, you may find yourself drawn to a black vending machine. If you're after refreshment, though, prepare for disappointment – because this automated device is an installation by British conceptual artist... 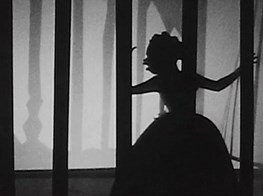 By the late 1980s, I had pretty much stopped looking at contemporary art. I no longer trusted my eyes to see what the art world had to offer, in part because I couldn't see the forest for the trees. Back then, the trees glistened with so much gold and so many pendants celebrating boy achievement, amen, that the product of their fame and riches –...

Be among the first to know when new artworks and exhibitions by Kara Walker are added to Ocula.