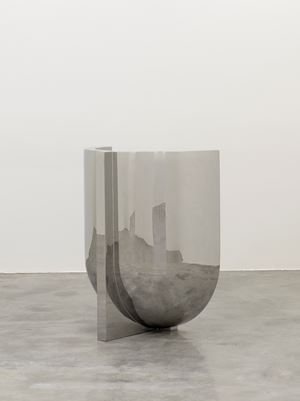 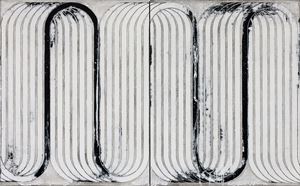 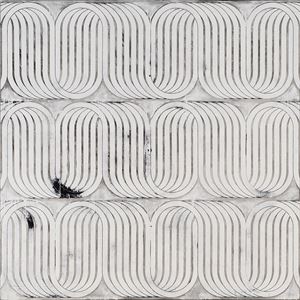 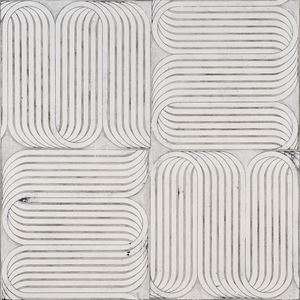 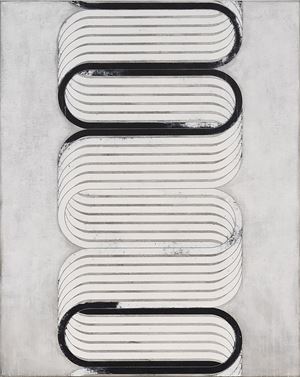 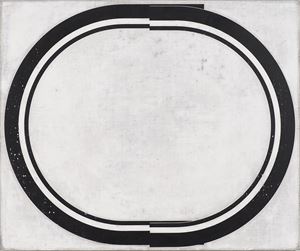 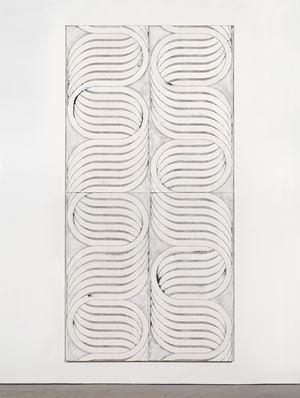 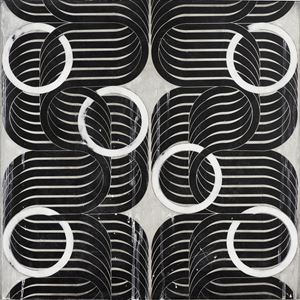 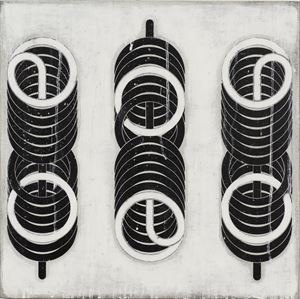 Balliano is known for his hypnotically essential black and white paintings of ancient, linear geometries and monumental sculptures. In this show, his distilled compositions quietly pulsate with a mysterious yet familiar tension. Undulating coils of meticulously applied gesso subtly weave from the foreground to the background of his canvases, off their edges and seemingly into thin air. The paintings are visually dense, exuding an undeniable gravitas, while appearing almost weightless.

Formally, Balliano's paintings are excavations of something eternal - fragments and suggestions of patterns that are recognized more than they can be understood. Radiating from surfaces that are pocked, scraped, scarred and faded, his uncanny network of serpentine lines suggests a process of extraction rather than application. By obscuring time in this way, Balliano is able to purify the encounter with his optical phenomena.

Hung in a series of spaces that are separated by walls creasing in and out like strips of folded paper, Balliano's paintings rhythmically come into view. Spliced-arch portals that recall a distorted classical architectural language, central to the artist's practice, connect the rooms. A simple gesture at first glance, these strange symmetries echo the mesmerising glyphs on the gallery's walls. A silvery reflective sculpture sits at the center of this maze, compressing and twisting the room in its concave, ageless exterior.

Charlap Hyman & Herrero is an architecture and design firm that takes a fully integrated approach to conceptualizing and executing spaces in their totality. Principals Andre Herrero andAdam Charlap Hyman lead a practice that considers all aspects of the built environment, fromsite plan to furniture. Working in various typologies CHH endeavors to create spaces thatbecome worlds unto themselves, with gesamtkunstwerk at the core of the firm's objective. 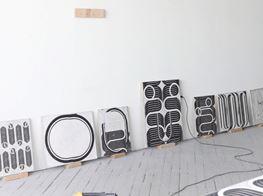 Sign up to be among the first to know when new exhibitions by Davide Balliano or at Tina Kim Gallery open.