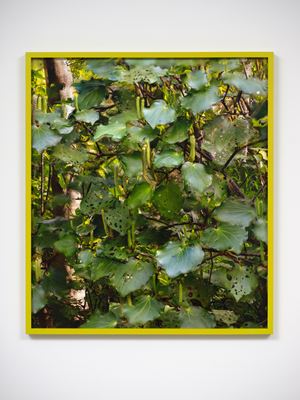 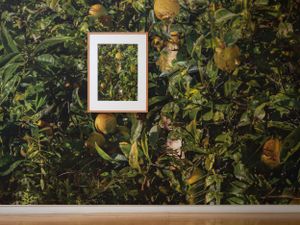 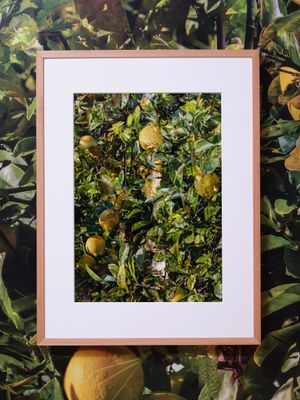 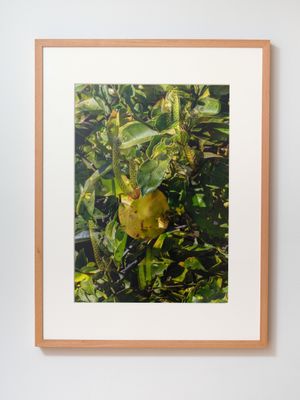 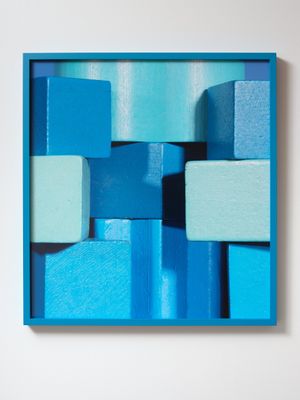 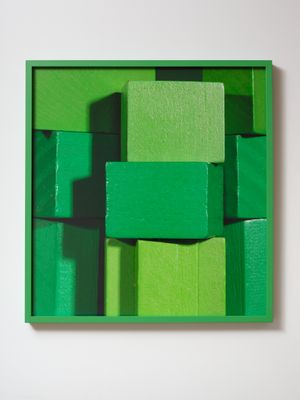 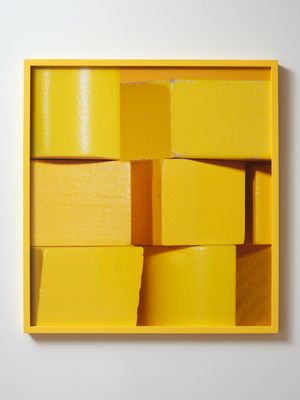 Shaun Waugh's exhibition Encounter frames the experience of encounter within the realm of contemporary photography and its relationship to what we might call the 'real'. Waugh's practice highlights the fraught relationship between images and the world they profess to represent – a relationship the artist describes as defined by deception, reduction and seduction.

In 2021, our encounters are perhaps as much with images as they are with other beings, objects and phenomena. Images not only stand in for things, but have taken on increasingly complicated and multifaceted lives of their own. Despite their complexity and their often contradictory operations – both online and offline – we are forced to interpret and use them in order to navigate our way through everyday life.

Waugh's photographs critically interrogate the frontiers presented by emergent technologies and their profound impact on the medium. His images confront us with representations which are not as certain as they may first appear, prompting us to reconsider and redefine what constitutes contemporary photography and its shifting implications and effects.

Waugh has recently had a son which has also influenced his work. Here we might find a parallel in Waugh watching the two year old's first experiences with the world around him, and the artist's photographs which present us with subjects at one strange and familiar. In its focus on domestic situations – his son's immediate world – there is an accessible, everyday feel to Encounter. Yet on further inspection, apparently straightforward photographs of backyard lemon and kawakawa trees and a child's brightly coloured toy blocks are revealed as highly constructed and complex.

Waugh employs the technique of focus stacking, a recent software script in Adobe Photoshop which creates composites of multiple images captured at different focal lengths into a single image. Focus stacking allows Photoshop to computationally interpret and combine an array of images (with the same framing and differing focal points) into a unique convincing hybrid with a depth of field which a single frame could never achieve. The artist, however, works against the illusionistic imperative of the software, pushing it to produce digital artefacts and aberrations. In short, Waugh forces the software to reveal itself while creating new forms of imaging in the process.

Waugh's largest work in the exhibition, Ruse (v), is a panoramic image of what appears to be an abundant lemon tree printed on adhesive vinyl and wrapped across two gallery walls. One framed photographic print – a kind of detail – is hung on top of the vinyl wall image. At this scale, the lemons are larger than life, taking on a slightly surreal quality. Further scrutiny reveals that a verdant kawakawa has been blended with the lemon tree – a digital hybrid and a ruse indeed.

The software doesn't see leaves or lemons, it sees pixel information. The artist drives the software to attempt a task it can never fully accomplish – a synthesis of irreconcilable images of two different species. Forms blend, layers multiply, edges blur and fracture – the image coming together just as it is falling apart. The organic surface markings and discolouration of the foliage and fruit further echo the digital artefacts. The holes in the kawakawa leaves read as apertures, revealing layers beneath while complicating the appearance of other forms when computationally blended together. The depth of the composite photograph appears strangely shallow – a kind of overgrown, energetic visual field – immersive and perhaps more intoxicating the longer one looks.

Sign up to be among the first to know when new exhibitions by Shaun Waugh or at Two Rooms open.
Sign UpLogin