Across Pia Camil's diverse practice—spanning painting, ceramics, public projects and gigantic patchwork garments—is an underlying inquiry into the relationship between a city and its people. Drawing from a wide range of inspirations including the visual form of Mexico City and the works of fellow artists, Camil examines the urban debris left behind by globalisation and consumer culture.

Born in Mexico City, Camil studied in the United States and Britain. When she returned to her hometown after university, she was astounded to find that the city's landscape had become unfamiliar to her. Particularly intrigued by the city's ruins, she began the painting series 'Highway Follies' (2011), comprising irregularly shaped, monochromatic canvases inspired by the forms of abandoned construction sites along highways. Camil covered each canvas in resin and mineral pigment, giving it a saturated and textured surface. The series also included photographic studies of the original sites, printed with a layer of pigment wash that lent an aged atmosphere to the images. In an artist statement, Camil noted a tendency to romanticise urban ruins: 'the aestheticisation of failure'.

Camil's interest in city debris has also led her to work with abandoned billboards in Mexico. In the 'Espectaculares Paintings' series (2012–2015)—shown in her 2014 solo exhibition The Little Dog Laughed at Blum & Poe in Los Angeles—canvases were sewn together out of pieces of hand-dyed fabrics cut to mimic the shapes of letters and numbers from billboards. Instead of replicating the text from the billboards in their entirety, however, Camil deconstructed them into fragments; their forms suggested a legible text from distance, yet were illegible up close.

Similarly containing abstracted text from billboards and also included in the exhibition was Camil's series of ceramic sculptures titled 'Fragmento' (2014). For this series, each work took the form of a portion of a number or a letter. In Fragmento 0 (2014), for example, the J-shaped sculpture was based on a section of the number 0.

Another of Camil's ongoing concerns is to engender an intimate, direct relationship between her artwork and the audience, in an effort to circumvent the often consumerist approach towards art-viewing. The artist has explored this idea with participatory projects such as Wearing Watching—commissioned by Frieze Art Inc in 2015—for which she distributed 800 ponchos stitched from repurposed fabrics, free of charge. Formally, the ponchos were based on wearable textiles designed by the late Brazilian artist Hélio Oiticica. Whereas Oiticica sought to encourage an unrestrained approach to life through his formless garments, Camil responded to the commercial nature of art fairs by offering hers for free. Her only request of the participants was to post on social media the selfies they took while wearing her ponchos, which not only brought the poncho-wearers into physical contact with Camil's work, but also turned them into a spectacle at the fair.

As with Wearing Watching, Camil based the performance Divisor Pirata (2016–ongoing) on the work of another artist—in this case, Lygia Pape's Divisor (1968). In both Pape and Camil's performances, participants poked their heads through the openings of an enormous textile and marched in unison. However, Camil replaced Pape's single piece of white fabric with a colourful garment composed of T-shirts that were, for the most-part, originally manufactured in Mexico to be sold in the United States, and then were brought back to Mexico after being discarded by their owners. In bringing them back to North America for her performance, Camil recasts the T-shirts as sojourning carriers of cultural information and as reminders of the massive debris that globalisation generates. The performance was initiated in the streets of Guatemala City in 2016, followed by Dallas in 2017 and Savannah in 2018.

Camil received a BFA from Rhode Island School of Design in Providence in 2003, and an MFA from the Slade School of Fine Art, London, in 2008. Selected solo exhibitions include Fade Into Black at SCAD Museum of Art in Savannah, Georgia (2018); Split Wall at Nottingham Contemporary, Nottingham (2018); and Telón de Boca at Museo Universitario del Chopo, Mexico City (2018); in addition, Camil presented a performance during the 4th annual Do Disturb! at Palais de Tokyo, Paris (2018). Her work has also been exhibited at the National Museum of Women in the Arts, Washington, DC (2018); Dallas Contemporary (2017); Blum & Poe, New York (2016); New Museum, New York (2016); Museum of Contemporary Art Detroit (2015); and the Contemporary Arts Center, Cincinnati (2015), among others. 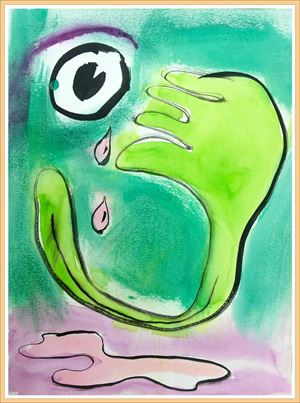 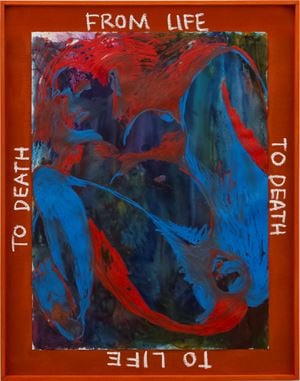 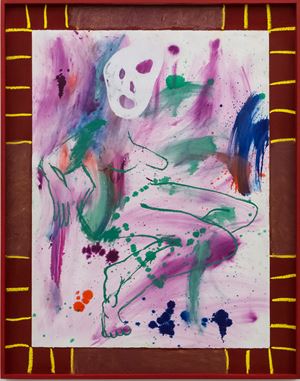 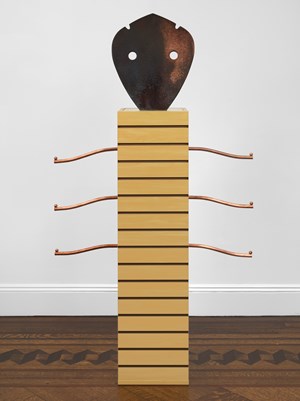 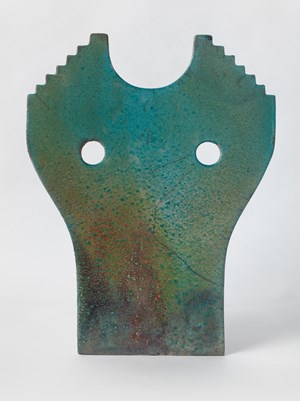 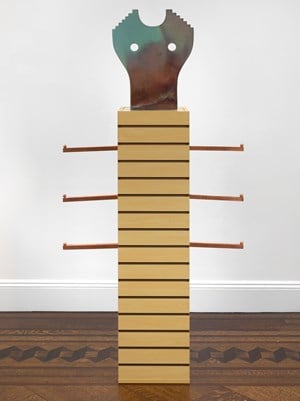 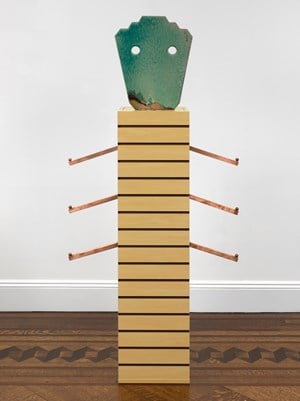 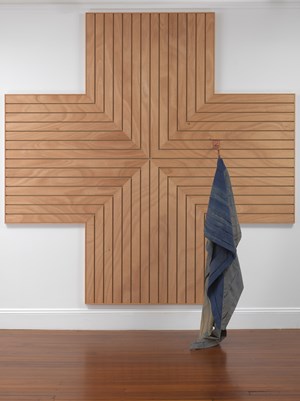 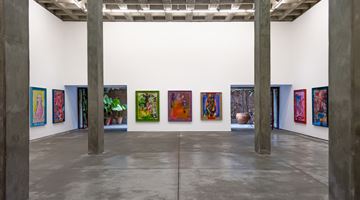 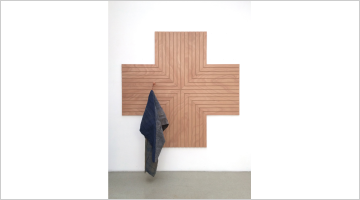 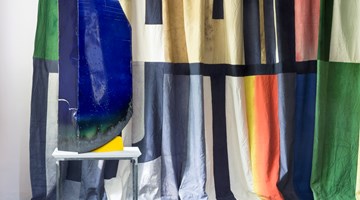 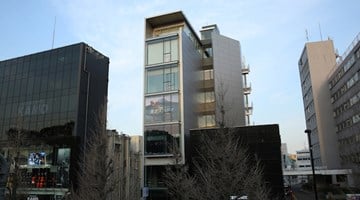 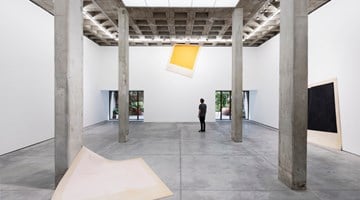 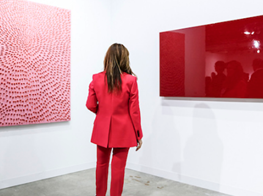 Speculation for the lack of buzz became a common talking point. Was it because of Trump? Zika? Fatigue? 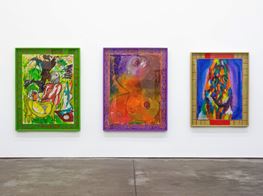 The work of Pia Camil (Mexico City, 1980) leads us through a network of relations between identity, the female body, art history, and consumer objects. 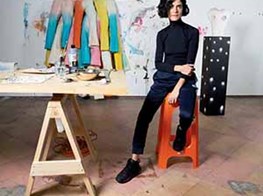 PIA CAMIL'S STUDIO in Mexico City is an expansive, windowless room on the ground floor of an old building tucked away between a wide arterial road and the city's Parque de Chapultepec. She keeps the basement-like space orderly, and during the workday it is almost impossible to imagine it moonlighting as El Cisne (The Swan), a lively cabaret Camil... 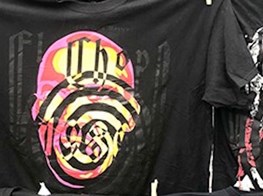 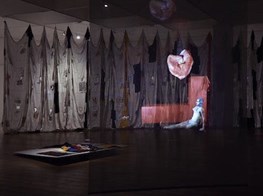 Pia Camil’s first solo exhibition in the UK might be called Split Wall but it is actually entirely walled in. The large windows at Nottingham Contemporary that usually offer passers-by a sneak preview have been blocked up, and even the glass doors at the front of the space remain covered. The only way to experience the Mexican artist’s work is...

Be among the first to know when new artworks and exhibitions by Pia Camil are added to Ocula.
Sign UpLogin