Tim Johnson is primarily concerned with the communication of unseen phenomena, visionary in his apprehension of spiritual dimensions through artistic practice. His style of painting is eclectic in the extreme, owing much to Australian aboriginal traditions of the Central Desert – developed to convey narratives in landscape that are invisible to the uninitiated – and populated by the Buddha, Bodhisttvas, Native Americans as well as aboriginal figures, Tibetan monks, Vietnamese farmers, extra-terrestrials and Christian worthies.  They co-exist in fields of dots and circles, or float across shimmering colour, to exemplify a fundamental understanding that is at once humanist and conceptual.

Concerning the diversity of cultural influences on his work, Johnson explains, “Like a poem, every part doesn’t have to be logical or located in the same time-space continuum.  A painting can create a fragmented reality that is interpreted by the viewer.  Everyone sees things differently anyway.  I create a collage of imagery in the work – fragmented like life itself.”  This is concomitant with an enthusiasm for artistic collaboration, whereby he often invites others to contribute directly to his canvases.  They might be members of his family, Australian aboriginal painters such as Turkey Tolson Tjupurrula or Clifford Possum Tjapaltjarri, or the American-based artist Daniel Bogunovic, who specialises in flying saucers and cartoon characters. 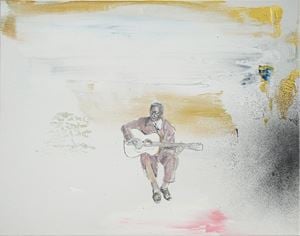 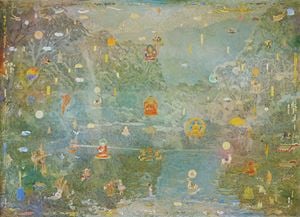 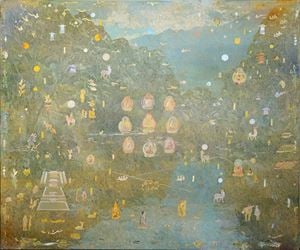 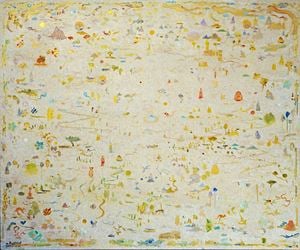 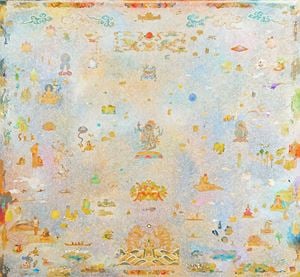 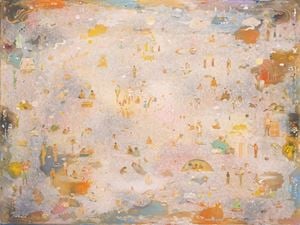 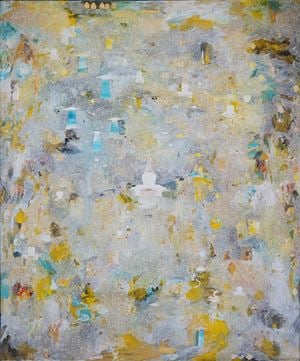 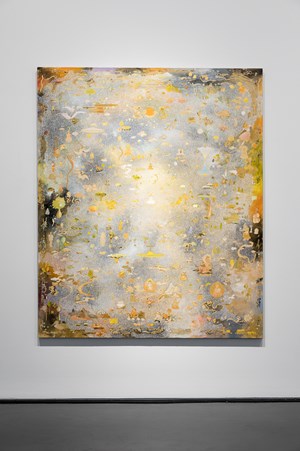 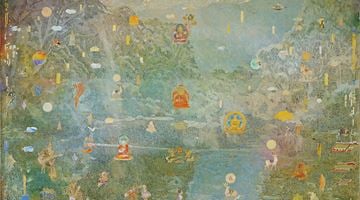 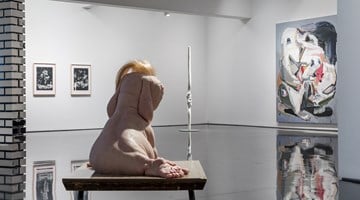 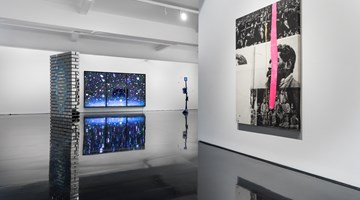 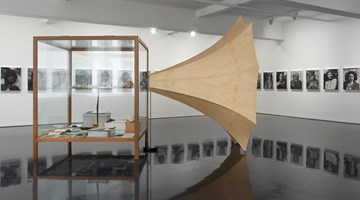 Sign up to be notified when new artworks and exhibitions by Tim Johnson are added to Ocula.