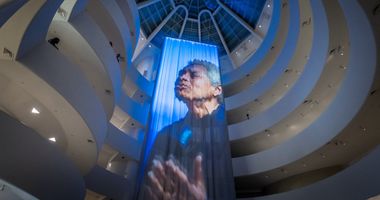 Wu Tsang is an artist, performer and filmmaker. Her films, performances, and installations have been presented at museums and film festivals internationally. Tsang's first feature WILDNESS (2012) premiered at MoMA's Documentary Fortnight and won the Grand Jury Prize for Documentary at OUTFEST Los Angeles. Her recent short YOU'RE DEAD TO ME premiered on PBS and won the 2014 Imagen Award for Best Short. Tsang has presented projects at the Tate Modern (London), the Stedelijk Museum (Amsterdam), the Whitney Museum and the New Museum (New York), the Hammer Museum and MOCA (Los Angeles), Gwangju Biennial (South Korea), Liverpool Biennial (UK), and the 2012 Whitney Biennial (New York). Tsang is a 2014 Rockerfeller Bellagio Creative Arts Fellow and a 2015 Creative Capital Fellow.

Related Press The Shows to See in Copenhagen During Chart 29 August 2019, Frieze

Berlin’s history of internecine violence is visible on its civic surface, a characteristic that holds currency in both mainstream and art tourism; what differentiates these two modes is a style rather than a politics. Who can say what a city means? Gentrification mistakes lack of capital for lack of life, confuses the unexploited with...

Be among the first to know when new artworks and exhibitions by Wu Tsang are added to Ocula.
Sign UpLogin