A performance work tackling the maltreatment and apparent suicide of a Chinese sex worker in Queens, New York, is being shown in Taiwan for the first time.

Co-commissioned by the Taipei Fine Arts Museum and Performa, Huang Po-Chih's Heaven on Fourth (2019) debuted at Performa 19 in New York and was subsequently shown at the Busan Biennale in 2020. It is now being staged at Double Square Gallery, Taipei, in an exhibition that opened on 26 December and continues until 6 February.

The work was adapted from true events that occurred in Flushing, New York City, in 2017. Song Yang, a 38-year-old sex worker from Liaoning province, either jumped or fell to her death from her fourth floor apartment on 40th Road during a police sex-trafficking raid. The apartment she had been renting was subsequently leased out to a store named 'Heaven on Fourth'.

In the performance, which was staged in a structure resembling a two-storey bar flooded in red neon light, actors read stories about Song Yang and women like her by Huang Po-Chih and four other writers, three of them Asian-American, one Taiwanese.

Charlene K. Lau, who participated in the preproduction of the original show, recalled being challenged by members of Red Canary Song (RCS), an advocacy group for migrant and Asian sex workers in New York City, who thought Heaven on Fourth should have included sex workers among the authors and performers. She also recollected the way 'colonial bodies (viewers, voyeurs) enacted their whiteness in ascending the stage's staircase to receive a massage and a story.'

Describing the performance, Huang said, 'This is a story, a diary, a show bill, a script, a [cocktail] recipe, a dinner party. This is a disturbing conscious dream. These are images from low-resolution surveillance cameras.'

Song Yang had surveillance cameras in her apartment, which alerted her to the police officers coming up the stairs to arrest her.

Song Yang's brother, Song Hai, travelled to America to find out the truth about his sister's death, believing police may have literally pushed her over the edge.

'The fact that truth is hard to distinguish and justice is unstable always requires us to stand up for ourselves to determine our distance from what is true,' Huang Po-Chih said.

The case of 'JD Ponytail' (short for Jane Doe Ponytail), the name used by police planning to arrest her, was detailed at length in the New York Times.

Born in Taoyuan in 1980, Huang Po-Chih, was nominated for the HUGO BOSS Asia Art Award in 2015 and received a Prudential Eye Award in 2016. Among his best known projects is Five Hundred Lemon Trees, in which he appropriates resources dedicated to making art to instead bring people together through the act of producing limoncello. —[O] 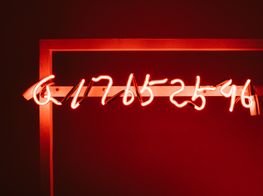 Born in Taoyuan, Taiwan in 1980, graduated from Taipei National University of the Arts in 2011. In his multi-disciplinary practice, Huang Po-Chih focuses on exploring issues related to production, agriculture, manufacturing, and consumption, and