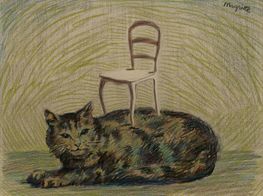 The surrealist masterpiece has an estimate of $60 million, double Magritte's record, and five times the highest price paid for a Crypto Punk.

René Magritte's L'empire des lumières (1961) will be the star lot at Sotheby's Modern & Contemporary Evening Auction in London on 2 March.

'L'empire des lumières brings together the two most fundamental elements of daily life – those of day and night – onto one paradoxical canvas,' said Helena Newman, Chairman of Sotheby's Europe and Worldwide Head of Impressionist & Modern Art.

The painting has an estimate of US $60 million, more than double the highest price previously paid for a Magritte at auction — the US $26.8 million Le principe du plaisir (1937) fetched at Sotheby's New York in 2018.

L'empire des lumières, which depicts a street near the Parc Josaphat in Brussels, was created for Anne-Marie Gillion Crowet and has remained in her family ever since. It was most recently loaned to the Musée Magritte in Brussels from 2009 to 2020. 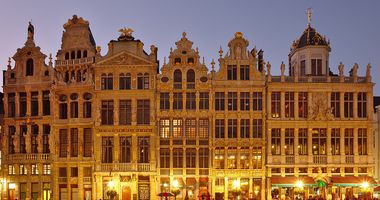 BrusselsView What's On in the City

Beginning in 1948, Magritte made 17 paintings that dissolved the divide between night and day. The uncanny images are now part of the Peggy Guggenheim Collection in Venice, the Museum of Modern Art in New York, and Belgium's Royal Museums of Fine Arts in Brussels, among others.

Sotheby's posits that the subject may have been inspired by André Breton's surrealist poem 'L'Aigrette (The Egret), which opens with the line 'If only the sun were to come out tonight'. In turn, the painting inspired a scene from the film The Exorcist (1973) in which Father Merrin arrives at the MacNeil family's house at night to see daylight streaming out of Regan's bedroom window.

L'empire des lumières will be exhibited in Los Angeles until 14 January before showing in New York from 22 to 27 January, Hong Kong from 8 to 9 February, and London from 22 February to 2 March. –[O]