The Sharjah Art Foundation has announced an ambitious programme for its 15th edition, subtitled Thinking Historically in the Present, which will open in February 2023.

The biennial has invited 30 artists to complete commissions that 'explore histories that continue to shape our present'. They include: Isaac Julien, Yinka Shonibare, and Steve McQueen.

The exhibition was conceived by Nigerian curator Okwui Enwezor, who died in 2019.

'These commissioned artists build on Enwezor's vision that transformed how we understand and engage with contemporary art and its institutions,' said Hoor Al Qasimi, director of the Sharjah Art Foundation and the biennial's curator.

The biennial was originally scheduled to take place in March 2021, but was postponed first until March 2022 and then until 2023 due to the pandemic.

'Our goal is to give artists and our audiences the necessary time to tend to what is most urgent around them,' Al Qasimi said.

The 2023 biennial's programming began with the 2021 edition of March Meeting, the Sharjah Art Foundation's annual forum for artists, curators and other art professionals to explore critical issues in contemporary art through a series of panels, lectures, and performances.

Held from 12 to 21 March, March Meeting 2021: Unravelling the Present examined the 30-year history of the Sharjah Biennial and contemplated the future of the biennial model. More than 50 artists, curators, art historians, and critics participated in the meeting, which drew over 4,000 attendees. Recordings of the talks are now available online here.

Contributors include: Grace Aneiza Ali, curator and Assistant Professor at the Tisch School of the Arts, New York University; Lahore-based artist and academic Samina Iqbal; and Sarah Johnson, who previously worked as a curator of Islamic art at the British Museum and a researcher at the Smithsonian Institution.

Critical conversations about art and art production will continue at March Meeting 2022 in the lead up to the biennial. —[O] 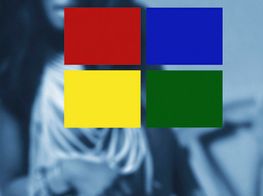 Regarded as one of the most influential artists working today, American artist Carrie Mae Weems explores themes of identity, power, and social relationships. Her progressive body of work, which spans over three decades, incorporates photography, 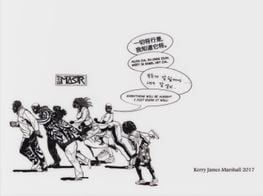 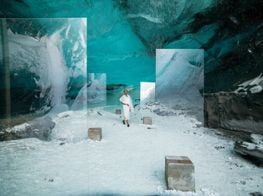 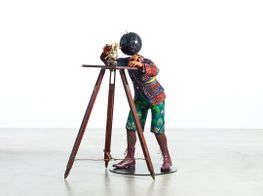 Yinka Shonibare MBE was born in 1962 in London and moved to Lagos, Nigeria at the age of three. He returned to London to study Fine Art first at Central Saint Martins College and then at Goldsmiths College, where he received his MFA. Shonibare's