The telephone has always struck me as an ideal medium through which to converse with Dan Graham—his timing and use of the rhythms of speech on the phone rarely fail to surprise and impress. 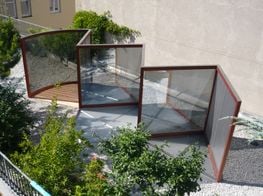 When you interview Dan, you remember to keep out of his way—you wind him up, and off he goes. On the phone, even during an informal conversation, he has the uncanny knack of anticipating its end and is able to cut out the prolonged farewell by interjecting, when somehow you least expect it: 'Okay, bye!'

For more than 50 years, Graham has shaped a practice that encompasses curating, writing, pavilion architecture, video, photography, and performance in a trans-media mode. Graham was born in Urbana, Illinois, in 1942, and grew up in New Jersey. He loves rock and roll and idolises Ray Davies, to whom he paid tribute to by naming his pavilion atop the Hayward Gallery, which overlooks the Thames in London, Waterloo Sunset (2002–03). Ray approved.

From 1964 to 1965, Graham was the director of John Daniels Gallery in New York, where he showed the work of then-emerging artists, including Sol LeWitt, Donald Judd, Robert Smithson, and Dan Flavin. His diagrammatic schemas, photo-text pieces, and magazine inserts from the 1960s are among the signature works of conceptual art. During that period, his practice started to include critical writing on art, architecture, television culture, and music, and his performance pieces began to explore self-awareness, subjectivity, architecture, and group behaviours. In the 1970s, his works started to incorporate mirrors and surveillance cameras as they addressed the social function of architecture and television in mediating between the public, private, external, and intersubjective realms. Since the 1980s, Graham has explored the freestanding pavilion and the power of two-way mirrors to extend this investigation.

Here we talk about his first solo survey in China, Dan Graham – Greatest Hits, which showed at Red Brick Art Museum in Beijing between 7 November 2017 and 25 February 2018. The interview took place before the show opened.

JSIt's been too long. Is it a good moment?

DGI'm at home; I'm in a wheelchair. You know, I'm 75. That means diseases like diabetes and Parkinson's are not uncommon. I have both.

John, you know that Ed Allington's died. I heard this from John Hilliard. I went to trade work with him many years ago. I would say he was quite a good artist.

JSYes, absolutely. Not a bad writer either.

DGIt's the irony ... He is having a show at Lisson Gallery in New York. But all the great people from Britain have left. Anyway, Jenni Lomax has retired. And I know Penelope Curtis is now in Portugal. I think she moved there.

DGThat's where the collectors are right now. And you—I guess you will leave England because there's not very good music there anymore, right?

JSThe music—yeah, it's crap, but I am not going anywhere soon.

DGRay Davies is a genius. His last albums are amazing. Working Man's Café is a masterpiece.

JSI'll have to check that out.

DGI met [Ray Davies]. I went to a dinner at Waterloo Sunset at the Hayward gallery. He had just learned to drive and we went out for a ride. He drove me to my hotel. We talked about song writers. I mentioned Neil Simon, and he said he's a big fan of his, and then Tommy James & The Shondells. I think the secret of Ray Davies and The Kinks is that the family took them to music halls when they were young.

JSAnd did he talk about that with you?

DGNo. I've read everything—I read a lot, being a super-fan. The best was Jon Savage, also a very good writer. Shall we get going?

JSWhat are you planning for your first solo in China?

DGAll of my work is about landscaping. I know my work is referenced to Chinese pavilion gardens. I actually went to a garden show some years ago to see one of the great Chinese gardens. In the show I will do a large version of my moon gate pavilion, Three part pavilion with Chinese moon gates (1989). The show is something of a survey.

Actually, I've seen Chinese art of the eighties, which is very much like my work—conceptual art.

JSHumour is something of a supressed legacy coming out of conceptualism, don't you think?

DGYes, absolutely. Also, I know Huang Yong Ping, because he showed with a great gallery in New York, Barbara Gladstone, and his work is totally about humour. I've seen younger Chinese artists' work, which involves jokes and is also about humour—so, I hope people understand the humour in my work.

JSCouldn't your pavilion for video interrupt the architecture of the space, or at least come forward as an architecture set within another?

DGI am using Design for Showing Videos (2014). I'm not thinking of interrupting though. I thought what I'd do was show my rock and roll puppet show Don't Trust Anyone Over 30 (2004), which is one hour, and then Rock My Religion (1983–84), on a screen. It's more like the size of the screen that you see in revival cinemas. And I want to make sure the sound is good, because the sound is very important.

Also in terms of music, I just try to have a large room where people can lie around and listen to Dan Graham's Greatest Hits, which is up to volume six—that's a lot.

It's not a work of art. It's just something I do for friends. It was begun by you.

I did a show for the Museum of Contemporary Art in Zagreb, and the show is called Works that are Fun for the Whole Family (20 May–27 August 2017). I hope this show will set a similar goal.

JSAbsolutely. Well, your Waterloo Sunset pavilion in London is always fun. Whenever I've been in it, there have been, if not families, different generations having fun there. I think I sent you a few pictures every once in a while when I'd see some people using it correctly.

DGThe advantage of the kind of flat screen I used [for Waterloo Sunset] is, if you're looking at cartoons, you can press the screen and get Arts Council videos. For example, Why I Never Became a Dancer (1995) by Tracey Emin. The cartoons were for old folks: Krazy Kat and Mickey Mouse. Also, the great thing is that the piece was not really a pavilion. A Japanese friend of mine, a critic, sat down with his children who were making Lichtensteins because they were doing a Lichtenstein show there at the Hayward. I think it should be used for the education programme. I think it also could be used for banquets or events.

This brings up the fact that my best work is not exactly pavilions, but something that is functional and used. Maybe I was very influenced by Russian Constructivism. It was an important early influence.

DGYes. I also think—I've just discovered it—that Frank Stella's classic work comes out of Rodchenko. I think Stella is just getting even better now. His work for corporate lobbies is a combination of baroque and graffiti, I'm a big fan of his work now.

Every once in a while I have the chance, like you say, to interact with a museum. The best example would be for the Carnegie International, which I was in. The lobby is a large empty modernist design. I've put my work in there because I think lobbies are romantic pick-up places.

Now the fashion is to deconstruct museums. The mistake is by Henry Fraser. I actually love museums. In fact, I've learned a lot from museums. One thing I've learned is that my work is close to Georges Seurat.

DGIt's looking at each other as we're looked at by other people. In the outside people lie down because they've just got home from work. In fact, he was way in advance of Manet in many ways—plus, he died young.

JSI think it's a great move to centre the show in Beijing around Rock My Religion, and Don't Trust Anyone Over 30. I think that's a great central force for the show, and if it spins out from there, all the better.

DGFirst of all, the cost of the material is terrible. But the good thing is, they are actually doing translations. There'll be subtitles to the films.

JSExcellent. And you'll be able to go over for the show?

DGNo, because I've been quite sick. They don't want me to travel right now. I actually don't know how the show will be received—particularly the magazine page pieces, because I now know that there was a kind of Chinese conceptual art in the eighties. In fact, there are great artists of the eighties who tried that in China. —[O]

John Slyce is a writer and critic based in London, United Kingdom. Slyce is a tutor at the Royal College of Art and is located in the painting programme in the school of arts and humanities. His research interests include the legacy of conceptualism and the trajectory of practices centred on the move from studio to a post-studio condition and contemporary modes of art production, circulation and display.

Dan Graham is an Aries. In 1964 he began directing the John Daniels Gallery in New York, where he put on Sol LeWitt's first solo show. He also exhibited works by Don Judd, Dan Flavin and Robert Smithson in group shows there. He still considers himself first as a writer-artist and his magazine pages stand along published essays on rock music, Dean Martin, and Dwight D. Eisenhower's painting. He lives in New York.

Dan Graham was an artist, writer, musician and intellectual whose practice over 50 years combined the aesthetics and concerns of Minimalism with the fundamental inquiries of Conceptualism. Throughout a shape-shifting and wide-ranging practice, 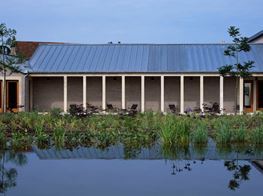 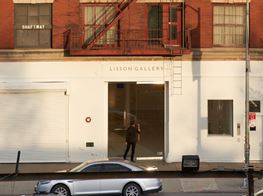 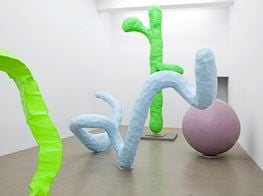 Founded by gallerists Christian Meyer and Renate Kainer, Galerie Meyer Kainer is a leading Austrian contemporary art gallery based in Vienna’s central 1st District, near the opulent Kunsthistorisches Museum Wien.  In 1976 the