Almine Rech Gallery - Grosvenor Hill is pleased to present Plastic Show, a selection of works by seminal California artists from the Light and Space movement: Mary Corse (b.1945), Robert Irwin (b.1928), Craig Kauffman (1932–2010), John McCracken (1934–2011), and DeWain Valentine (b.1936) – five artists who, through a series of individual explorations, went on to investigate the broad potential that plastics (i.e., synthetically produced resins) could yield.

Known for their pioneering work with various synthetic resins and synthetic polymers during the 1960s and ‘70s, these artists are today recognised not only for their active roles in the development of plastics as a newly discovered medium in art, but also for their sophisticated techniques and at times even quasi-acrobatic prowess required to shape them into the seamless, translucent, luscious volumes: some impressive examples of these artistic exploits will be on display at Almine Rech Gallery.[1]
These five artists were indeed hailed as trailblazers within the movement designated as Light and Space, which also carried over the allusive quip "finish fetish aesthetic" to new and unforeseen dimensions. The term "finish fetish" had been coined by artist-critic-curator-editor John Coplans and referred to the meticulous emphasis on superbly polished surfaces that became a signature mark of the group.
As is most often the case, these artists were not thrilled about these new names and were particularly resistant to endorse such categories. Nonetheless, it was quite clear that their works represented a turning point, a sea change even, within the post-war context of North America. Two directions cross-inseminated each other in order to produce fresh and utterly new results: a moment of free-thinking, fervent experimentation during the post-war boom in Southern California led artists to try their lucks with all kinds of new materials and techniques; at the same time, these bouts of explorations into newly invented materials and new techniques, corresponded with a moment of open, declarative celebration of the particularly striking beauty of light, ocean, and space in Southern California. California was no longer ashamed of addressing the properly sublime qualities of its own spatial context and environments. This two-directional impact took a radical departure from what was happening on the East Coast at the same time, and the results of these streams of plastic imagination, singularly representative of the Southern Californian aesthetics, led to surprising, beautiful, ineffable objects, imbued with poetic qualities shared by all members of the group.
These artists marked their distance from East Coast Minimalism through their passionate attachment to using, exploring, and experimenting with plastics, a wholly new family of media with a surprising range of results. They declaringly branded a new aesthetic, allegiant to none — they formulated this new aesthetic through the use of a material, equally new, and never used before in the art world. Insofar as they used these rich and sensual materials in order to embrace the totality of the Californian experience — the ever unfathomable triangular echo of the ocean, the light, the sky — one can say that these artists stood as far away from the Minimalists as one can be — and, as a result, a more appropriate designation for these artists would be: Maximalists. Besides the immense poetic qualities that imbued their works, they dared resort to a material none of the Minimalists would have touched: plastic!
Let us dwell for a moment on the term 'plastic'. Plastic constitutes a strangely ambiguous, even ambivalent, term. The term 'plastic' covers a vast spectrum of meaning — going from the essence of artistic creation to the cheapest form of industrial-made mass produced material.

1. Plastic emanates from the Greek word: plasma. Plasma refers to the prime gesture of giving shape, or creating a form; as such, it refers to the essence of creation: the prime artistic gesture: giving shape to a clump of clay. Plasma also designates the substance out of which the procreated future-born is being nurtured — the element within which creation takes place.

2. Plastic also designates all kinds of synthetic resin-based materials invented after WWII. The rise of plastics signaled the beginning of a new era where affordable, industrially made, synthetic materials were available to all, and became used towards myriads of different purposes.

But, until the artists who are now featured at Almine Rech Gallery applied this material, nobody had thought of using plastic towards art.
Interestingly, the group of artists displayed in this exhibition will bring back these two layers of plastic creativity in unforeseeable ways: How could cheap, synthetic, mass-produced plastic resin become the material that would resonate with the very sources of creation? How could plastic become an echo chamber for plasma? This is the very poetic dilemma that constitutes the very core of the present exhibition.
The term plastic, therefore, carries considerably ambivalent connotations, spanning from the most laudatory signal of the inner formal force within a work of art, to the designation of some of the most ordinary, cheesy aesthetic qualities. Few artists have articulated more clearly, and beautifully, the aesthetic qualities designated by the term "plastic" than Barnett Newman himself:

"Most people when they talk about plastic quality are advocating an academic idea. To them, plasticity in painting means a quality that they admire in other people's painting so that they devote their lives to its achievement."
To Newman, however, the term "plasticity" hankers back to the most admirable sources of art in the Western world: with the Greek artists, "plasticity developed as an art of refinement of the pure shape."

This exhibition at Almine Rech Gallery will represent an invaluable opportunity to experience the works of these five fundamental Southern California artists who, together and individually, formed an extraordinary alternative language to East Coast Minimalism. Far from referring to it as 'West Coast Minimalism', I far prefer to designate the manifold, and multi-faceted visual and sensorial impacts of such great works, as Maximalists. These five artists, beyond the usual labels applied to them, developed a totally new form of art: Maximalism, presented to us by Almine Rech Gallery.
The exhibition will add an important development to an already rich history of exhibitions that over the years have shown Corse, Irwin, McCracken, Valentine, and Kauffman together, as well as with some of their peers.[2] Given these five artists’ meticulous attention to materials and spatial volumes — and taking a cue from Irwin’s early moratorium on photographs of his works for their ineffectiveness in conveying presence — today, more than ever, these works should be experienced without mediation — in and of themselves. The results are guaranteed to be spectacular.[3]

[1] Almine Rech Gallery has exhibited John McCracken since 1991 and DeWain Valentine since 2014.

[3] This is an extract from an essay written on the occasion of this exhibition by art historian and author Joachim Pissarro.

When DeWain Valentine was deciding what to title his newly organized Plastic Show, he paid homage to an exhibition he helped put together some 45 years back. 'I named that The Last Plastics Show,' 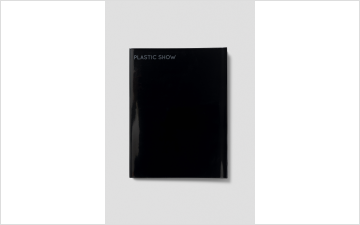 Be among the first to know when new artworks and exhibitions at Almine Rech are added to Ocula.
Sign UpLogin