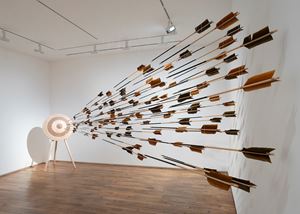 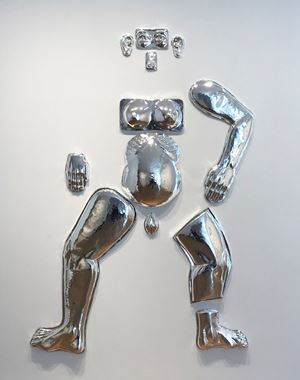 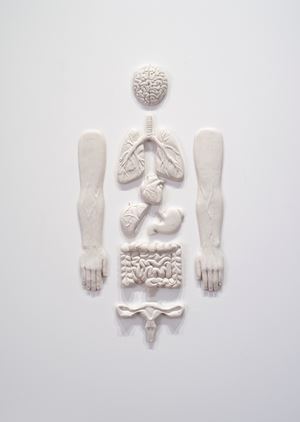 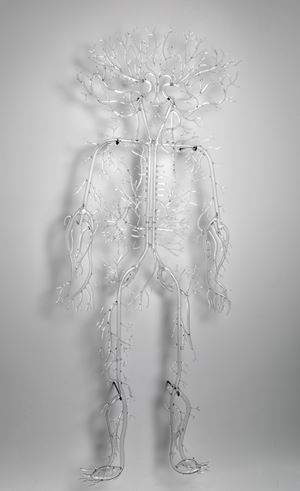 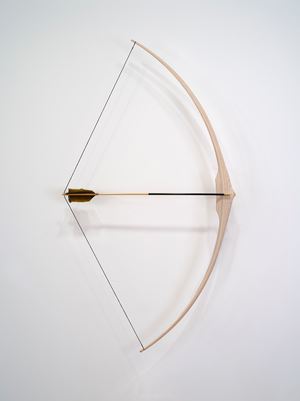 Following on from her success at Musée Guimet in 2017, Prune Nourry is taking possession of the Galerie Templon space on Rue Grenier Saint Lazare for the first time with Catharsis. Opening on 7th September, the solo show is made up of a series of new sculptures interacting with extracts from her first feature-length documentary, Serendipity.

The Catharsis exhibition marks a turning point in the artist's creative process. For over twelve years, Prune Nourry has been developing powerful and thoughtful multidisciplinary work, exploring the body by questioning gender and hybridisation. She has tended to keep her subject at a distance, remaining as objective as a researcher or anthropologist. Having recently overcome breast cancer, over the course of her treatment the artist felt she was becoming the subject of her own work, a sculpture in the hands of the doctors. With Catharsis, armed with her sculptor's tools, Prune Nourry reappropriates her body and her femininity, forging an intimate tie between her past explorations and her current life experience.

The sculptures in the exhibition are all marked by their evocation of ex-votos, the popular offerings in the form of an object, limb or organ which represent the feelings of women and men confronted with fear, infertility and sickness, their gratitude for past cures and hopes for future cures. This concept of transferring an emotion to an object can be found in all ages and cultures. To create the pieces for Catharsis, Prune Nourry worked with archaeologists, sociologists and artisans, drawing inspiration from the different shapes and materials used to make these objects.

The exhibition presents several clips from the film Serendipity in which the artist explores the strange connection between her past work and her illness. The film bears witness to her journey, transforming her medical treatment into an epic artistic voyage.

The Amazon appears in the last sequence of Serendipity, a monumental four-metre concrete sculpture with glass eyes, inspired by an ancient marble statue at the Metropolitan Museum of Art representing an injured amazon. Prune Nourry created the sculpture as a cathartic act in her fight against cancer. Inspired by ex-voto traditions, particularly the Japanese mizuko kuyo, the piece is entirely covered in thousands of incense sticks. During a public performance in the heart of Manhattan, the incense went up in smoke, symbolising healing. In the Catharsis show, a miniature bronze sculpture, echoing the monumental sculpture, commemorates this act.

The In Vitro pieces made from laboratory glass and dated 2010 illustrate the serendipity at play in Prune Nourry's work. These pieces and the intriguing River Woman, created for Glasstress 2019 as part of the Venice Biennale, are contemporary ex-votos where the desire for fertility takes the form of test tubes from medically assisted reproduction centres.

Catharsis allows viewers to share in the hope for the body's homeostasis and a balanced soul.

Born in 1985 in Paris, Prune Nourry lives and works in New York.

Prune Nourry graduated from École Boulle in Paris where she studied wood carving. She is interested in the fields of science and anthropology, particularly bioethical questions relating to gender selection. She explores these issues with an artistic approach that combines sculpture, installations, performances and video.

Over the last few years, the artist has gained recognition for her long-term projects, such as the Terracotta Daughters army, inspired by the Xi'an terracotta warriors and featuring 108 sculptures of Chinese little girls. Between 2013 and 2015, the army travelled the world from Paris to continental China with stopovers in Zurich, New York and Mexico. It was buried in China in 2015 at a secret site and will be excavated in 2030 with a team of archaeologists.

Prune Nourry exhibited at Musée Guimet in 2017 and at the Rencontres de la Photographie in Arles in 2018. This summer, the Château de Malromé in Saint-André-du-Bois (Gironde) will be showing a new arrangement of the pieces she presented at Musée Guimet. Curated by Richard Leydier. Private view: 29th June.

Produced in 2019, the film Serendipity was presented at the Berlin Film Festival (Panorama section), MoMa DOC Fortnight documentary film festival and Tribeca Film Festival (New York) and shown as part of the Art Basel film programme. It will be on general release on 4th October in the USA and 23rd October in France. 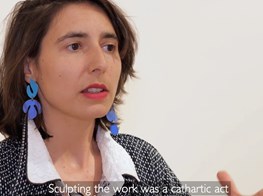 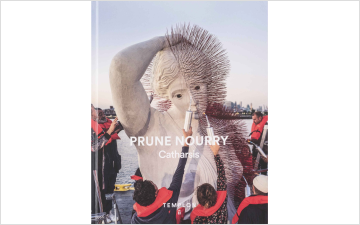 Sign up to be among the first to know when new exhibitions by Prune Nourry or at Templon open.