There is no mistaking that the works of Tony Oursler (New York, 1957; where he lives and works) are arousing deep feelings in the beholder. Part circus, part nightmare, part home movie, Oursler's videos, a unique blend of dark humor and techno-wizardry, have made him a noted participant at new media art exhibitions internationally. The artist is best known for his electronic effigies, that are installations where he projects moving images onto sculptural forms. His work has an unmistakable individual form, even if it spans a wide array of media that bridges video, sculpture, performances and painting.

By blocking out the image with special masks applied to the projector lens, with disembodied faces, eyes, and mouths he humanizes inert objects: puppets, dummies, stones, glass jars and authentic sculptural structures, but also trees, clouds and the facades of buildings. By doing so, he releases the cinematic and television image from its two-dimensionality, which is typical of sculpture. As from the late Sixties, Tony Oursler started investigating the effects of the telecommunications revolution at both the socio-political and individual levels. He was interested in destructuring and in the analysis of the language of the cinema, but also in the ambiguities of human behaviour and the significance of objects.

During his years of study at Cal Arts, he frequented courses of John Baldessari and befriended Mike Kelley, John Miller and Jim Shaw. The group became known for their reaction against the material restrictions adhered to by the conceptual artists of the 70s. On several occasions he started out as a painter and since the 70s, he has made hundreds of drawings. Ian Berry has pointed out, the drawings he made in the 80s put the stress on particularly introspective themes such as death, dreams, religion, phantoms, hallucinations and psychic experiences which later came together in his video works and initial installations.

In 1992 he discovered the newest model of the LCD projector for displaying video, producing the first video sculptures; some of these were presented at Documenta XI in Kassel with tremendous success, raising the artist to international acclaim. From this point, he turned to the moving image and projected on all different sort of media other than traditional video, so that the definition 'video sculpture' is too short-sighted.

Oursler has always explored different ways to incorporate new technologies, digital media and virtual reality, where he gives life to a species of asynchronous creatures with eyes, eyelids and mouths capable of reaching the nervous system of the viewer. Oursler's work hardly leaves the spectator untouched.

In fact, a recurrent topic that connects all of his works is the memory and the unconsciousness of human beings for which he draws inspiration from all kind of sources: present-day and past news, legends and mythology.

For example, the hybrid faces that he creates in 2014 out of inkjet prints, wood and media recall technology of face recognition while on his video installation Le Volcan, on display at Dep Art Gallery in 2019, Oursler reenacted the volcanic eruption on the island of Martinique, departing from the photographic images that the pseudo-scientist Commander Louis Dargèt attempted to create by using the sole power of the mind. In the site-specific installation Eclipse, conceived and produced in 2019 for the group exhibition Trees at Fondation Cartier in Paris, he transformed trees in mythical creatures inspired by Daphne's transformation into a laurel tree in Greek mythology. Oursler received a BFA from the California Institute of the Arts in 1979, and in 2000, he was awarded the U.S. Art Critics Association ICA New Media Award. His work has been exhibited in prestigious institutions including the Walker Art Center, Minneapolis, Documenta VIII, IX, Kassel, Museum of Modern Art, New York, Whitney Museum of American Art, New York, the Centre Georges Pompidou and the Fondation Cartier, Paris, the Carnegie Museum of Art, Pittsburgh, Skulptur Projekte, Münster, Museum Ludwig, Cologne, the Hirschhorn Museum, Washington, Tate Gallery, London, Pac (Padiglione D'arte Contemporanea), Milan.

Some of the artist's works wouldn't be out of place among David Lynch's home videos.

It is all about growing with an artist. A gallery has to grow at least as fast as the artist; but not just one artist - all of the artists that it works with.

Now in its seventh year, Dark Mofo transforms Hobart into a red-hued spectacle of art, food and music. In addition to new Mona exhibitions Mine by Simon Denny, Siloam, Gorillas in Our Midst, and K

For this exhibition, he has been thinking about water and how it has functioned as a vehicle for magical thinking throughout history, from the belief in sea monsters and other early legends to the pse

It makes sense, at this most critical moment, to take a serious look at the art of the 1980s, its political fury and layered poetics, as an anchor in the storm.

'Imponderable' is an expression of affection for the overlooked or marginalised aspects of US culture, or rather, its manifold and splintered subcultures of belief and spectacle. 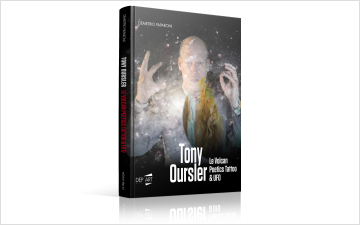