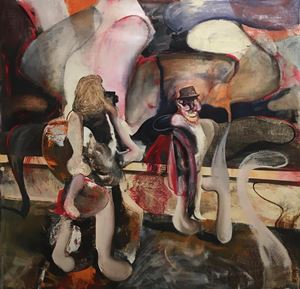 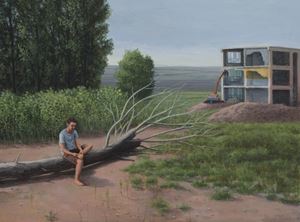 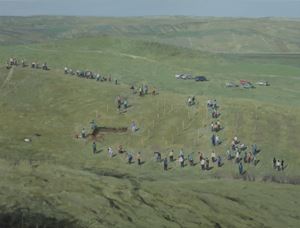 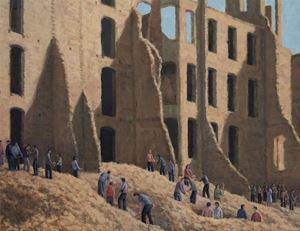 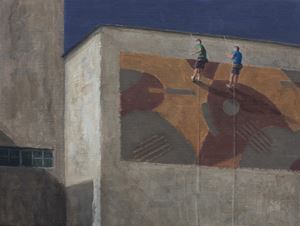 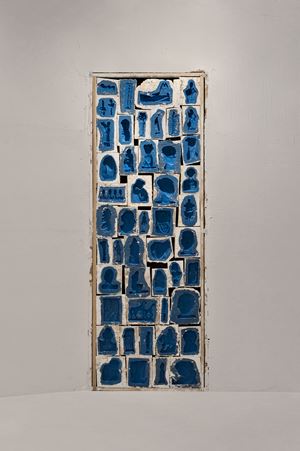 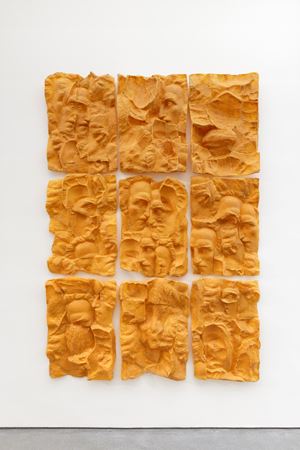 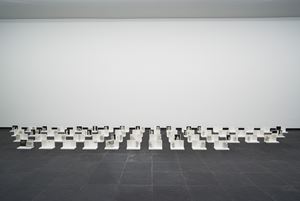 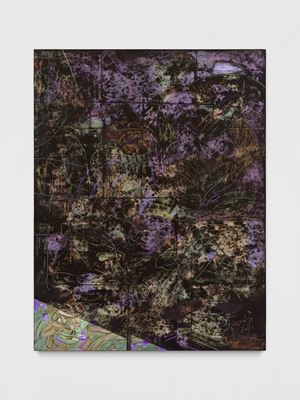 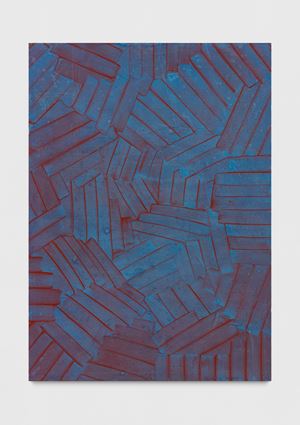 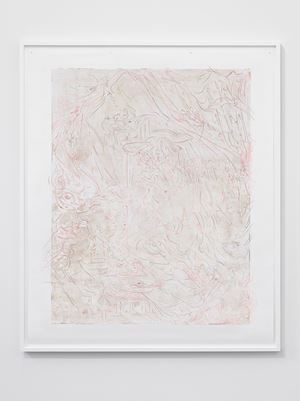 Iulia Nistornot really (from Revenge of the Given), 2019Monotype with intervention, oil and pencil on paper
161 x 122.8 cm Galeria Plan B Contact Gallery 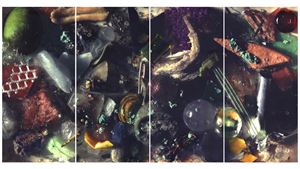 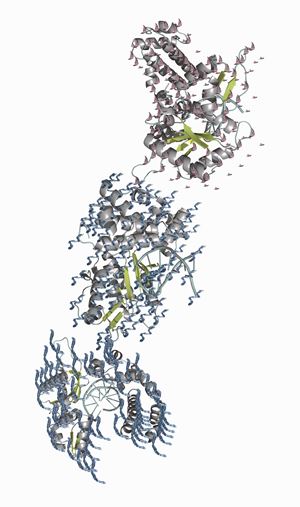 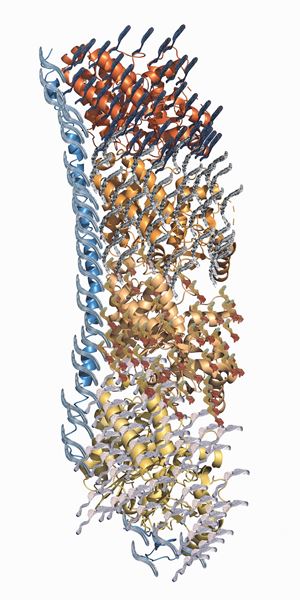 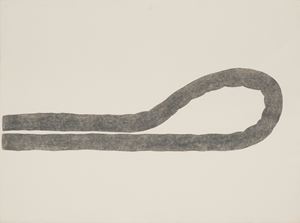 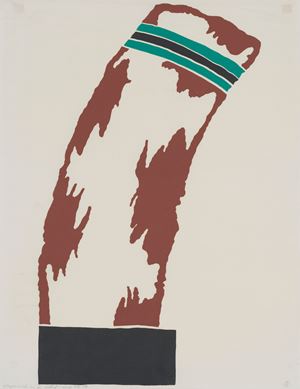 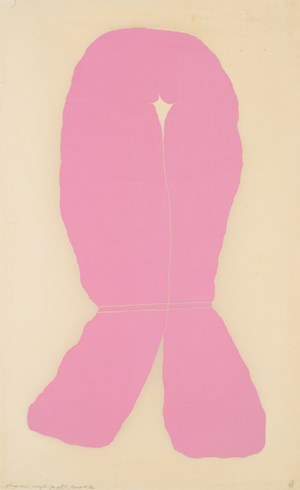 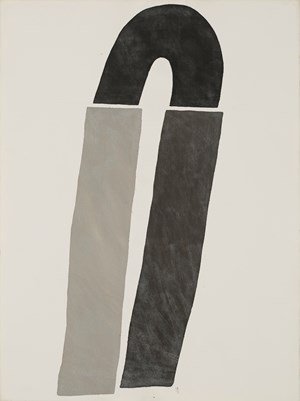 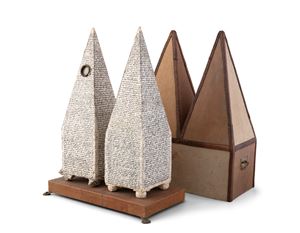 Adrian Ghenie isolates and abstracts particular episodes from the convulsed history of the 20th century. His paintings are brimming with history while also manifesting a strange detachment from it: historical scenes are reconstructed as tragic or comic dialectical images, disconnected from chronological continuum, familiar in their references and strangely elusive as reconfigured sums of these references.

Serban Savu's skillfully rendered canvases capture the daily existence of people at work and leisure. The artist's realist depictions of life in urban and rural landscapes evoke the essence of a rapidly changing society. Characterised by empathy and close observation, reduction and re-composition, his paintings are capable of initiating an assessment of the present moment understood in a wider, historical sense. The paintings of Serban Savu start from the neutral ('objective') observation of the surrounding reality, which is filtered through the past. The artist is not only interested in the recent past–which is more visible in today's society–but also in society in its entirety, in its history and mechanisms.

The conceptual practice of Ciprian Muresan explores the relation between art and social history in drawings and sculptures that act as a plural questioning of the notions of value and authorship. Over the last years Ciprian Muresan's work has been revolving around the idea of reconstructing and deconstructing, erasing and rewriting iconic symbols of the Western visual culture. This visual reservoir acts as an enormous accumulation of historical layers and images that the artist takes as raw material for his personal reading.

In Untitled (Door Piece), 2019 a sequence of plaster and silicone casts were assembled on a single surface where the subjects represented (small-scale reproductions of sculptures from the Soviet era) lose their three-dimensionality and are dematerialised and recomposed in the form of impressions 'in negative' that Muresan defines as 'sculptures of air, hollows.' (excerpt from text by Pier Paolo Pancotto for the exhibition Geta Bratescu, Adrian Ghenie, Ciprian Muresan, Serban Savu, Fondazione Nicola Del Roscio, Rome, 2019)

In Oscar Han's Head of Eminescu, 2017–2019, the portrait of the Romanian poet and writer Mihai Eminescu, as represented in a sculpture by artist Oscar Han from the first half of the 20th century, is deconstructed and recomposed out of fragments 'to the point of its losing any individual features and turning into an anonymous face' (excerpt from text by Pier Paolo Pancotto). Oscar Han's Head of Eminescu, 2017–2019 was exhibited at the Centre Pompidou, Paris (2019) and Fondazione Nicola Del Roscio, Rome (2019–2020).

The installation Debandada istorica (Historical Hurry-Scurry), 2019 literally dissects Mircea Toca's 1978 book _Sculptori Clujeni (Sculptors of Cluj)–_a publication of reference that helped shape the canon of Romanian art history. In Muresan's work, all pages of the book are scattered over the floor and the artist made pencil copies of the text accompanying the works, replacing the photos with sculptural forms. Muresan is here once again referring to a particular type of education that was common in Romanian art universities, which he calls a 'low resolution training', because students had to rely on reproductions to acquire knowledge and craftsmanship. (Excerpt from exhibition guide, S.M.A.K. Museum Ghent, 2019)

Iulia Nistor's paintings and spatial interventions work with uncertainty and disorientation as a way of questioning. Ideas of doubt, affect and regress emerge from a process of informing and discharging the paintings' surface. A given is undone through negative procedures, subtracting from the image by sanding, scraping and paper pressing. The image becomes clear when the leftover fragments sediment into a sensual field. Her spatial interventions alter an architectural or material aspect of the exhibition space, which goes unmentioned in the exhibition itself.

Ran Zhang is preoccupied in her practice with the visual debris that photography needs to eliminate, edit, clean or elide in order to produce a desirable image. Something like visual lint, fleeces of appearance, or the shed skin of pictures accumulates in her work into the opulent, abstractly baroque still lives.

The four works of Natritine Gaze are based on a digital file, composed of about 20,000 microscopic zoom shots. It shows a set of synthetic and natural substances from the familiar objects around us, such as plastic products, fabrics, papers, metal, wood, rubbers, sand, stones, sugar, salt, spices, pollens, plants, insects and micro-plastics and unknown house dusts. By combining the zoomed shots into one image, it becomes the only possibility to see this assembly as it's whole in a 100 times magnification. At the same time, the magnification not only enlarges the desired subjects, but also the hidden information, which without the making of the work would be forever locked up in the original objects.

The works mix inkjet printing, CMYK silkscreen printing and painting on paper, to balance out the two simultaneous seeing processes, the recognition of the subjects, and the awareness of the physicality of an image, aiming to find a position where both of them loose their strict significance.

They speak about how an image functions as a physical threshold between us and everything else that shape our perception: through the simple look onto the flat surface of an image the visual experience constitutes a referenceless complexity: Switching between gazing at single spots and moving our eyes over the whole image, and lingering between the entangled magic of the content and the anti-magic of the physicality of image making, the perceived information arrives in the mind and interacts with the unique perceptual, cognitive, affective, social, cultural and historical imprint of the observer. They consolidate as one subjective, constantly changing image, an event in the mind. Where does vision start and where does it end.

Combining painting, drawing, printing and photography, Ran Zhang's work builds up images through layering these techniques, and constantly reworking the layers. Through this process she is interested to shuffle and reverse the roles of content, form and technique, to create a 'super image' that functions as an interface, where the process is not finalised into form and the subject is not finalized into content. The image remains open and keeps questioning itself, rather than creating an illusion or narration. The intention is to highlight the relation between our drive to create images, which at the same time shape us.

Ran Zhang's recent process is based on photographing arrangements of objects frame by frame with a microscopic camera, and subsequently digitally rendering those frames into single images. The result is the only way to see the assembly as a whole. This process emphasises the act of making an image and thereby speaks about its necessity. The textures and details that arise from this process distort the larger whole, and thereby take away our ability to identify what is shown, forcing the objects to lose their meanings and remain only materials to construct an image.

In her practice, the constant observation of microscopic subjects turns the action of seeing into a content of its own, a behaviour, or a ritual. It develops into a sense of self awareness of the biochemical body that makes this process possible. Her new work stencils the visualisation of reality beyond the visual threshold. It uses knowledge–the replacement of direct experience of the invisible–to synthesise an 'emotional' reaction in the formation of an image.

Ran Zhang, born 1981 in Tianjin, China, lives in Rotterdam and Berlin. Ran Zhang graduated from Gerrit Rietveld Academie in Amsterdam in 2010. She was selected twice in the artist residency program in Rijksakademie van beeldende kunsten in Amsterdam from 2011 to 2013. Zhang was awarded golden prize and bronze prize from the Danfoss Art Award in 2008; Amsterdam Fonds voor de Kunst Ontwikkelbudget and Mondriaan Fonds Werkbijdrage Jong Talent in 2014. Her work entered the permanent collection of the Hexiangning Museum in 2015.

Ion Bitzan (1924–1997) is considered one of the most important names among the Romanian visual artists, who asserted themselves between 1960 and 1970. He was a subtle and versatile artist and, while successfully going through various styles, concepts and ideologies he became quite successful both at home and abroad. His oeuvre bears witness to a remarkable technical intelligence and ability and to his mastery of the most diverse media: painting, collage, etching, ceramics, objects and installations, grouped in cycles which span an amazingly wide range of topics.

Photographs and documents kept in the Ion Bitzan Archive indicate that the artist conceived and created the group of grey Drawings in 1970–1972 in Amsterdam, as an artist in residence at the Stedelijk Museum, where he was invited for three months in the summer of 1970 and again in the fall of 1971. At the end of the first visit four of the Grey Drawings were purchased by the museum. The group of grey Drawings, earliest specimens of which were displayed in 1970 at the Panorama Mesdag Gallery in The Hague, were at the time accompanied by the installations with soft objects, Soft Machine, which the artist described as studies of a falling object. Those plastic tubes half-filled with straw, reminiscent of Claes Oldenburg's Pop Art aesthetics, were themselves a source for shapes Bitzan used in later works.

These brightly coloured woodcuts and monotypes are the more interesting as, whereas at a profane glance it is their strong decorative effect which impressed, their semantic duality activates two distinct reference systems: that of Western society, marked by Pop Art, Op Art and Minimalism, and that of the Eastern Bloc, subject to state prescribed themes and motifs. Ion Bitzan's artistic versatility allows both a conceptual interpretation in line with the concerns of the Western world, and an interpretation which toed the line of the Romanian official themes of that period, which privileged the industrial, agricultural and urban topics. From this second perspective, Ion Bitzan's experimental shapes turn into bags for grains or building materials or seedlings, irrigation pipes, power cords, sewers, anchoring ropes, load-bearing structures made of poles, beams and iron profiles, etc. This concealment strategy is a frequent occurrence in the work of other Romanian graphic artists from the '60s-'70s, and by means of a language derived from advertising and book design it allowed the successful infiltration of the Pop Art and abstract art-forms behind the Iron Curtain in an era in which cultural "openness" rather favoured the non-figurative expression of the archaic and folkloric decorative kind, which better served State ideology.