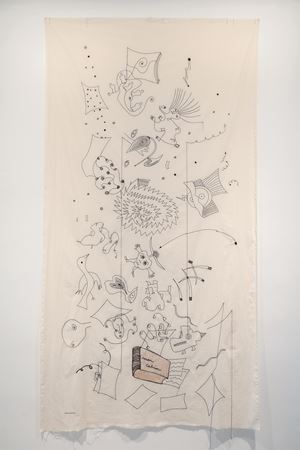 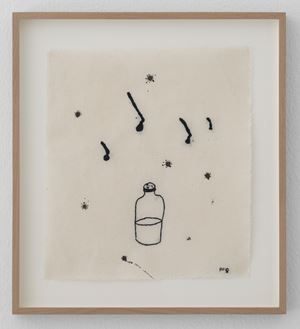 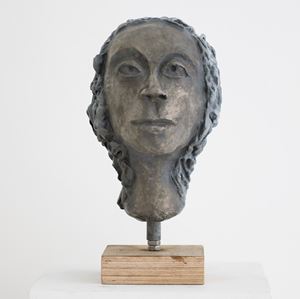 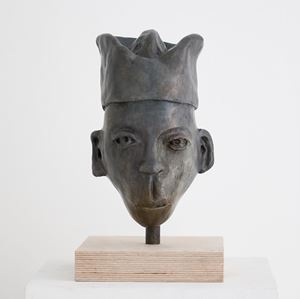 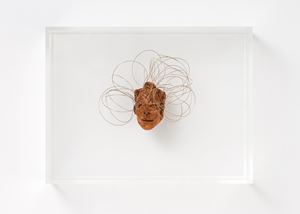 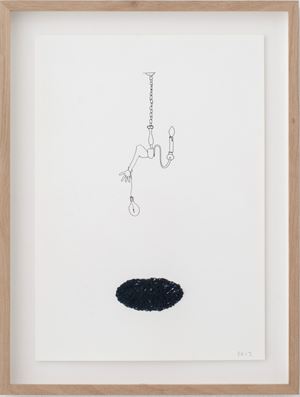 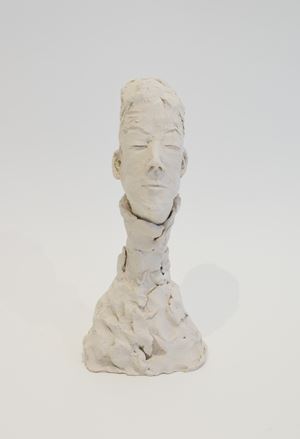 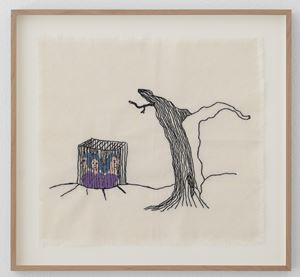 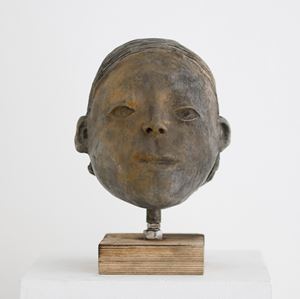 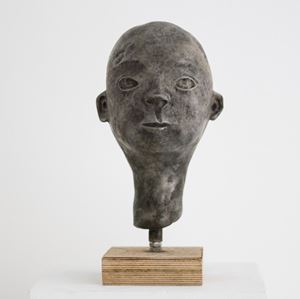 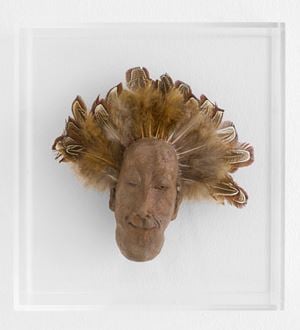 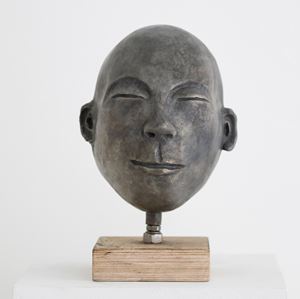 These are not letters the artist Patricia Dreyfus writes to herself – rather, she appropriates a linguistic system with other (visual) signs, and in this way develops, with artistic means, a classification system that follows her own rules. She leaves it up to the beholders' perception to interpret its levels of meaning and content. The unpredictable plays a decisive role in the composition, the artist states.

Lettre à moi même #2 presents current works and provides at the same time insights into her oeuvre of the last few years. An attempt to approach Patricia Dreyfus' artistic process. The exhibition brings together her well-known small head sculptures made of various materials, and contrasts them with her drawings and embroideries. In this way, they enter into a dialogue that enables a coherent consideration of her artistic work, which reveals relationships between the various artistic media she uses. The work is very much informed by the artist's life, and can be read as a kind of complex diary. A lot remains undecipherable and thus eludes clear and unambiguous interpretation. These works are (body) signs that leave clues in the present. Her pictures are drawn and embroidered.

She has only started embroidery quite recently. If one knows her drawings, it seems natural that this traditional craft, which in German also used to be called Nadelmalerei – needle painting – and to this day is considered mainly an activity of women, should be viewed a logical consequence of her artistic practice: embroidery as rebellion. Stitching with a thread is used in diverse ways. Again and again, she addresses female identities, confused gender relations. Sexuality and the role of the mother that is naturally connected to it, also remain recurrent motifs in the most recent works by Patricia Dreyfus – as a woman, artist, and mother. Similar to Louise Bourgeois' Umbilical Cord (2002), the ability to give life, and the unavoidable strong physical connection to people, remains at the same time an expression of constant vulnerability.

The exhibition at Galerie Albrecht in Berlin is rounded off with a few examples of Dreyfus' sculptural oeuvre of busts and heads. They form an independent artistic position within Dreyfus' overall oeuvre. Made of clay or bronze, they have an archaic quality. Only at first sight do they remind us of the familiar miniatures displayed in glass vitrines at cultural museums that in their execution often conform to an ideal. The facial expression of the human Têtes, as the artist calls them, in contrast are much more individual. They seem like portraits of people she has met somewhere at some point...

Excerpt from the essay on the exhibition by Harald F. Theiss | art historian | curator 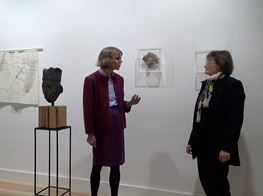 Patricia Dreyfus speaks to Susanne Albrecht in her exhibition, _Lettre à moi-même #2 _about life, work, the role of women and their work from day to day.

Sign up to be among the first to know when new exhibitions by Patricia Dreyfus or at Galerie Albrecht open.