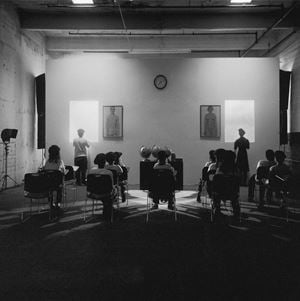 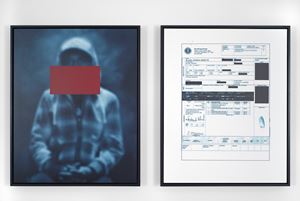 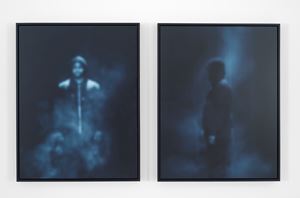 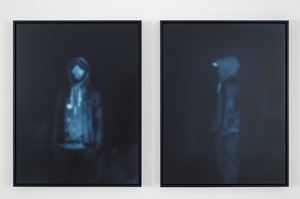 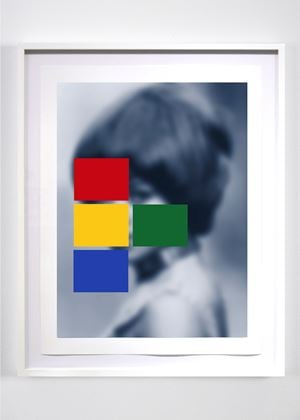 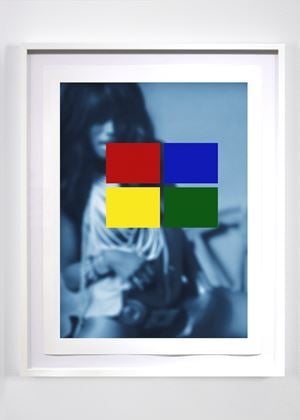 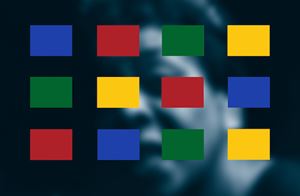 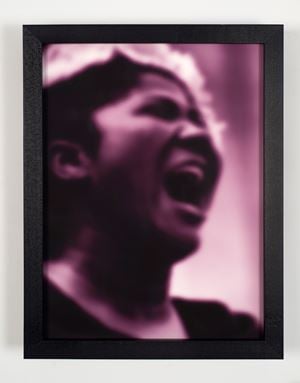 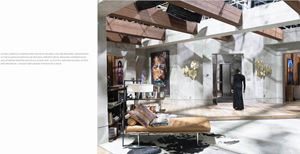 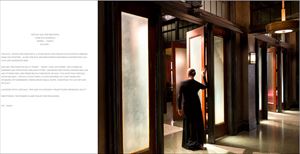 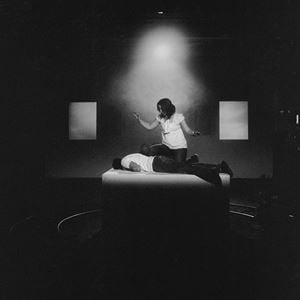 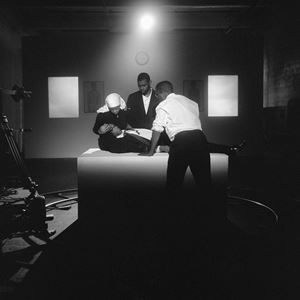 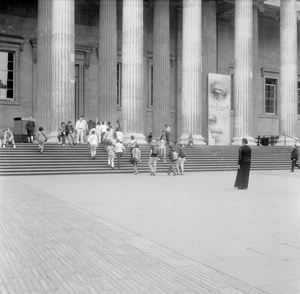 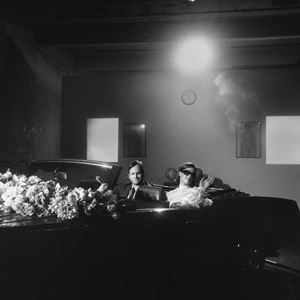 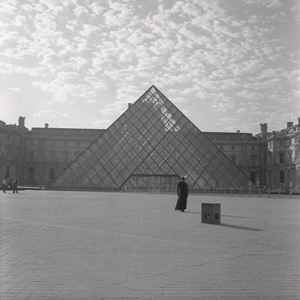 Throughout her career Weems’ works have compelled viewers to actively consider how the world is structured, revealing systems of oppression and inequality while exploring the relationships between power, class, race and gender. Over Time present several bodies of work, which look at these themes in relation to how the past comes to bear on the present. In this regard Weems reflects on history in order to engage with the present and question where we might be going.

In her work Mahalia (2010) Weems considers the ways in which perception is shaped by socially constructed collective memory. This works features a blurred image of Mahalia Jackson, a musician and women of colour who did not receive due recognition for her artistic and social contributions. The blurring of this images references this fact, highlighting the struggle of black women to remain visible within a society that sidelines them.

This motif extend to Weems’ 'All the Boys (Profile)' and 'All the Boys (Blocked)' series (2016). The works respond to the police killings of black people in America, bringing urgent attention to the 'systematic, brutal authority of the state that is systematically directed against black bodies'. While Weems uses the same technique of blurring figures, as curator Courtney Taylor notes, these blurred figures are not recognisable individuals and are 'unmoored from any reference beyond our own imaginings'. Despite there being no signs that these figures are dangerous, due to the underlying racist imagining in America their presence alone conjures criminality.

In 'All the Boys (Blocked)' Weems emphasises this tragic reality by pairing police reports next to these blurred portraits. In the video work People of a Darker Hue Weems continues to explore this painful reality. The work at once exposes the police killings of unarmed black people while paying tribute to them through a 14-minute short which invites the viewer to reflect on enforcement practices and policies that impact communities of colour. Weems narrates the film taking on the role of informer and mourner as she lists the names of unarmed men and women killed due to police violence.

In her 'Museum Series' (2005–present), Weems photographs herself standing outside major cultural institutions and museums with her back facing the camera. By positioning herself in this manner, she invites the viewer to see the institutions through her eyes, as someone whose stories and experiences have traditionally been ignored by these powerful institutions, which, for the most part, have collected and exhibited work by white European men.

Weems’ 'Scenes and Takes' series (2016) expands on this exclusion with regard to women of colour in Hollywood and mainstream cinema. However, in some of these works she illustrates how the status quo is slowly starting to shift by positioning herself on the sets of shows such as Empire, How to Get Away With Murder and Scandal, which feature women of colour in lead roles.

In the body of work Constructing History (2008), Weems self-reflexively considers the role photography plays in shaping our imaginings and our relationship to history. In this series the artist collaborated with students from the Savannah College of Art and Design to re-stage scenes from iconic photographs. For Weems, 'through the act of performance, with our own bodies, we are allowed to experience and connect the historical past to the present–to the now, to the moment. By inhabiting the moment, we live the experience; we stand in the shadows of others and come to know firsthand what is often only imagined, lost, forgotten.'

In dialogue with these works is Weem’s series 'And 22 Million Very Tired and Very Angry People' (1991). This series of 15 Polaroid photographs paired with text examine how the oppressed have rebelled against the systems which abuse them. The images are paired with text which contextualise them in a particular way, influencing how they are read. Installed in close proximity to each other, the works read as a list of elements present at a specific moment in time when individuals have been united by a common cause and rebel.

Sign up to be among the first to know when new exhibitions by Carrie Mae Weems or at Goodman Gallery open.