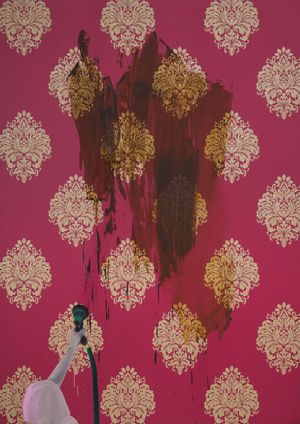 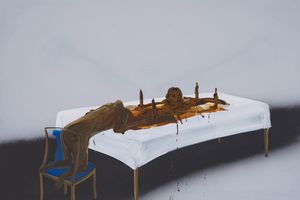 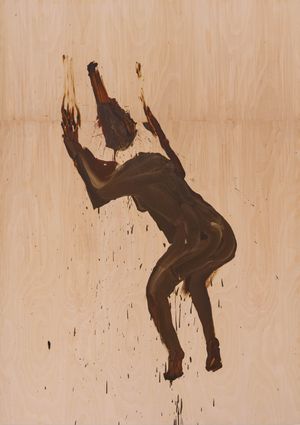 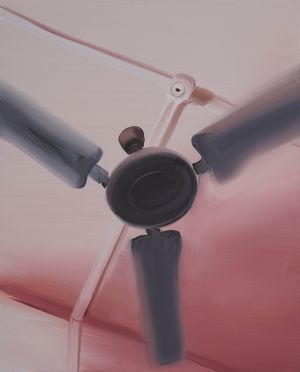 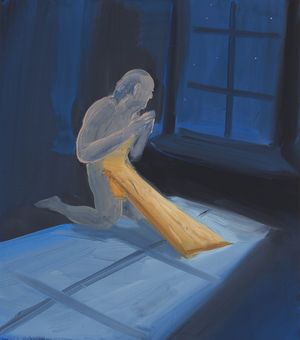 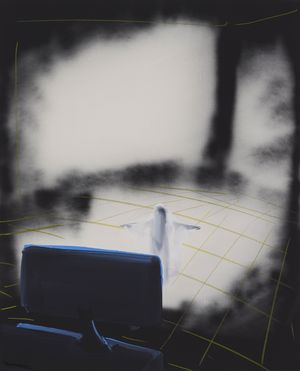 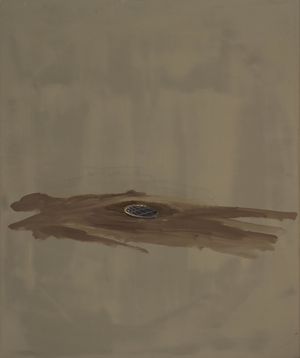 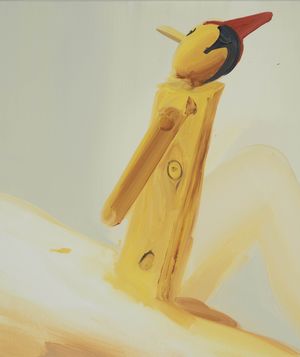 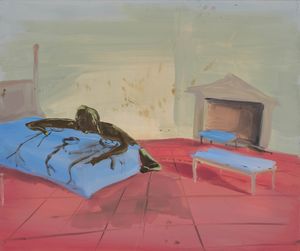 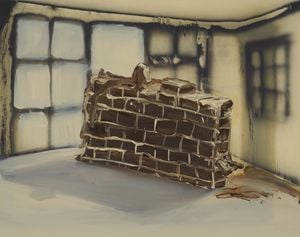 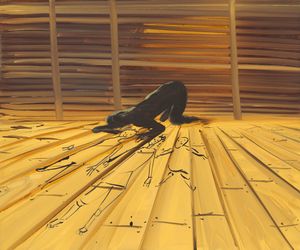 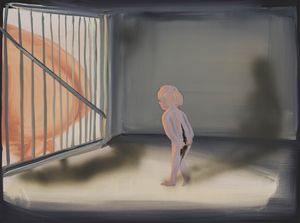 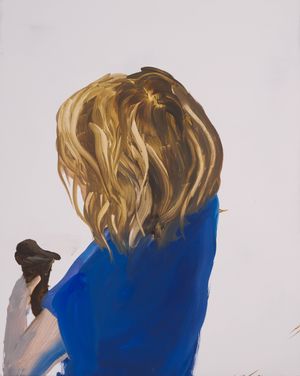 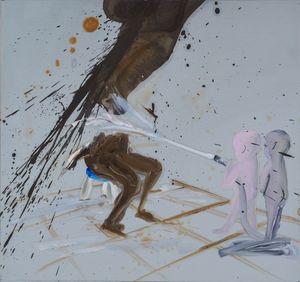 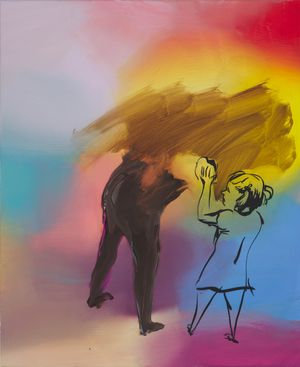 Pilar Corrias is delighted to announce two exhibitions of new work by Tala Madani. 'Skid Mark' is at the gallery's Eastcastle Street location, 4 June–10 July 2021, whilst 'Chalk Mark' inaugurates the gallery's new location at 2 Savile Row, opening 1 July and running until 8 September 2021. The exhibitions includes painting and animation, and together constitute the artist's first UK solo presentation in five years.

Tala Madani is known for work that deconstructs and satirises social norms. Early works focused on farcical male figures engaged in crude or intimate activities. These works examined power structures and the construction of male identity. Recent years have seen female figures appear in her work (shit moms), as well as those of children, and all her work is characterised by an uncomfortable comedy that aligns repulsion with empathy, intimacy with the grotesque.

'Skid Mark' (Eastcastle Street) incorporates a number of paintings from the artist's Shit Moms series. Begun in 2019, the series depicts distorted female figures whose dripping, amorphous forms appear to be made entirely of excrement. The new paintings see shit moms appear repeatedly in wooden interiors, often grappling with representations or drawings of children rather than children themselves, as in previous works. The exhibition also includes an animation, the first time Madani has animated a shit mom figure. In it a shit mom passes through bourgeois interiors leaving parts of herself, as shitty marks, on surfaces and furniture. Her journey becomes increasingly fraught as attempts at masturbation are frustrated by her semi-solid form. Subsequent attempts to bang her head against a table cause her head to lose its shape and require reforming.

Other new paintings see Pinocchio emerge as a recurrent character. Madani presents Pinocchio as a grown man, years after his transformation into a 'real boy', with one crucial element forgotten: he still has a penis made of wood. The exhibition also includes a new series of paintings depicting ceiling fans. Fans have long been a subject of fascination for the artist, as sinister objects that–suspended precariously above us and slicing through the air–commonly inspire fear and phobia. Fans also provided an opportunity for Madani to look anew at the air, in light of the coronavirus pandemic, as a new site for dread and the unknown. 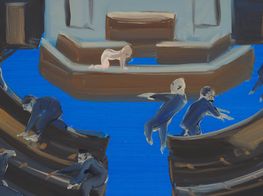 Sign up to be among the first to know when new exhibitions by Tala Madani or at Pilar Corrias open.
Sign UpLogin