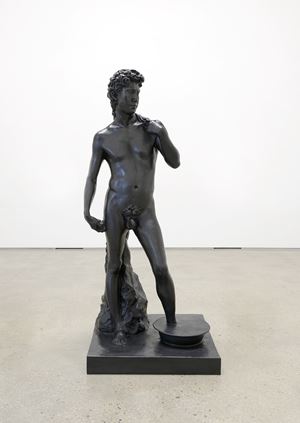 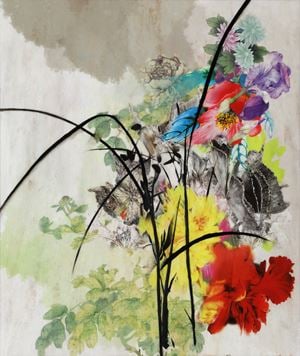 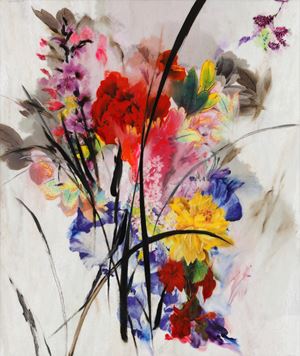 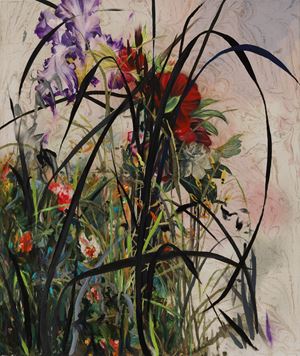 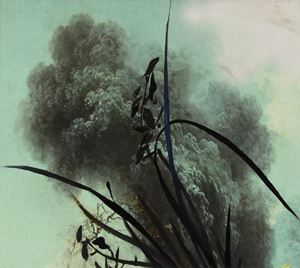 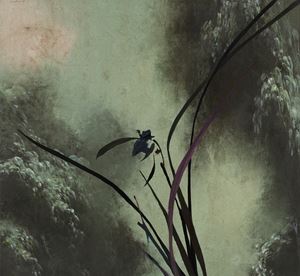 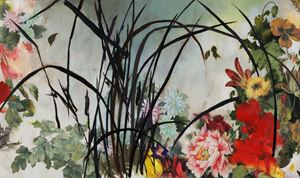 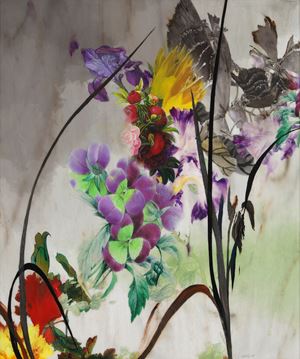 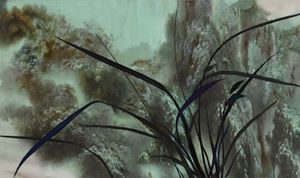 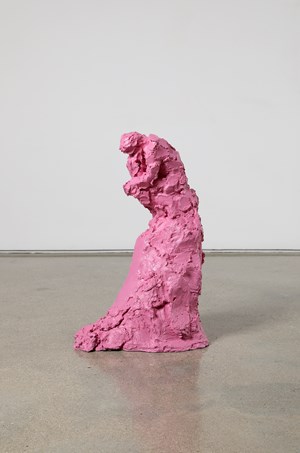 In the 1980s, Cody Choi emigrated to the United States and experienced cultural maldigestion as a foreigner. As an artist, Choi has been persistently focusing on the phenomenon where two different cultures clash, creating the third-culture. In the same vein, this exhibition reveals new painting series that the artist has been experimenting with recently.

'Hard Mix Maste Series' is a series of paintings that covers the prevalent cultural hybridism that reflect the mental condition of people today. It is a long-known fact that the psychological culture space where we are now living in has already become hybridized. In The Location of Culture(1994) of the postcolonial theorist Homi K. Bhabha (1949–) explains that such hybridized mental space is a 'Third Space' where cultural differences—the cultural traces of the dominion and submission in particular—encounter. The theorist also states that in this space there is a high risk of falling into toadyism or exoticism, and argues that regardless of this risk we must autonomously acknowledge and understand the hybridized cultural conditions in order to overcome the dilemma of cultural subversion and establish a new identity of our own, a theory of which the artist himself is in agreement.

For Hard Mix Master Series 2, Cody Choi aims to materialise 'the third space' by smashing the two great master's cultures from the East and West onto one canvas. The artistic styles used in this series, 'Rococo' and 'Korean Sagunja (paintings of the four gracious plants)', were both cherished by the French and Joseon aristocrats of the 17th and 18th century but their ideology and painting techniques are apart in extreme ends. The former depicts the theme of 'mythology of gallant' with ornateness and delicacy whereas the latter portrays the life of 'man of virtue' with one modest brush stroke. Cody Choi layers the two contrasting images using the Western traditional material oil paint, cashew as a substitution for the oriental lacquer, and through modern UV print technique he projects it on an artificial marble. As his work stands in the middle of the giant gap of the two masterly artistic styles and the hybrid, of tradition and contemporary, of natural and artificial material, it enables the audience to self-diagnose the existing ambivalence1 and figure out one's personal cultural identity within the hybridized beauty.

The synthetic neologism 'Noblesse Hybridige' is the subtitle and proposition of this exhibition, Hard Mix Master Series 2. The name is a parody of the term 'Noblesse Oblige', meaning the moral imperative of the aristocrats, which implies the hybridization of two aristocrats' tastes. This painting series is a follow-up series of 'Hard Mix Master Series 1', where Cody Choi digitally mixed the computer drawing images of his son's childhood and 'Garbage Drawing' series (1988) of his mentor, Mike Kelley (1954–2012). The paintings are presented along with two sculptural works, The Thinker 2019 (2019) and Cody's legend vs. Freud's Shit Box (1994/2014), that are first shown in Korea.

Cody Choi majored in sociology at Korea University and design and fine arts in Art Center College of Design in United States. In the mid-90s, Choi gained early fame as an international artist through his solo project exhibition in New York, The Thinker, December, Deitch Projects (1996), and L'ARTAUCORPS: lecorps exposé de Man Ray à nos jours, MAC (1996), an opening commemoration group exhibition held in Marseille. Recently the international stage sheds new light on Cody Choi's artistic caliber. From 2015 to 2017 he had retrospective tour exhibitions in Kunsthalle Düsseldorf, MAC, Kunstsammlungen-Chemnitz, organized by John C. Welchman a well-known art historian. He was a representing artist at the Korean Pavilion during the 2017 Venice Biennale. He also served as the Adjunct Professor at New York University from 1994 to 2004. His publications Topography of 20th Century Culture (2006), Topography of Contemporary Culture (2010) have caused great sensation in the Korean art world.

1 Ambivalence: A chaotic sentiment caused by combinations of logically disparate representations. It is a state of having contrasting feelings about certain objects, people, thoughts or feelings at the same time.

Sign up to be among the first to know when new exhibitions by Cody Choi or at PKM Gallery open.
Sign Up
}