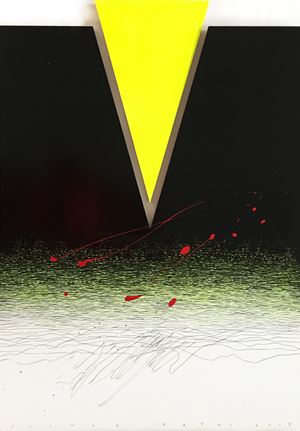 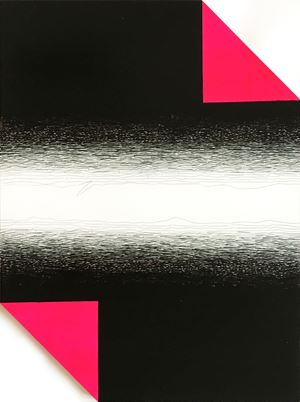 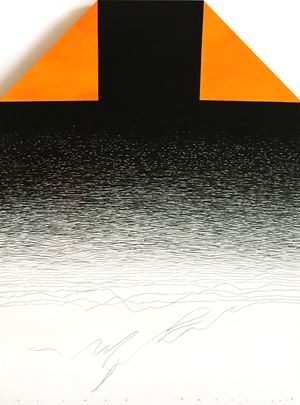 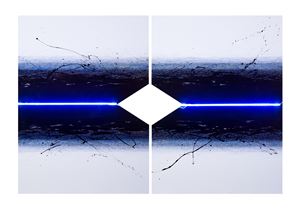 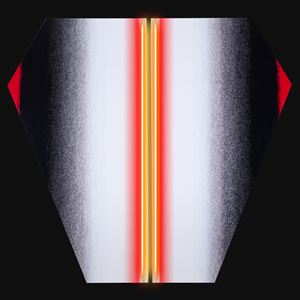 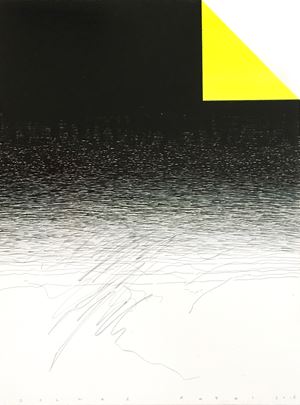 Golnaz Fathi, renowned for her abstract paintings rooted in the rich traditions of Persian calligraphy, brings new, vibrantly colourful works to Sundaram Tagore New York. The Iranian-born artist's work is currently on view at The Metropolitan Museum of Art in The Decorated Word: Writing and Picturing in Islamic Calligraphy, which runs through November 3, 2019.

Golnaz Fathi was born in Tehran in 1972 and grew up during the Islamic revolution and the Iran-Iraq war. Fathi is one of the few women from Iran to excel at traditional calligraphy, a largely male-dominated discipline. Despite becoming one of the country's most skilled practitioners, she decided to leave the esteemed world of calligraphy to pursue a career in contemporary art.

As an artist, Fathi is informed by her own experiences, yet she also finds inspiration in the present moment. The show's title, Let's Pretend Everything is Alright, is a wry take on the sentiment of Iranians deeply affected by the current geopolitical climate. The effects of political uncertainty and economic sanctions permeate the day-to-day lives of the Iranian people, many of whom function with a diminishing sense of optimism for what the future holds. Fathi sees her role as an artist as an opportunity to shift the collective consciousness. For her, art is a refuge and space to foster hope through the exchange of ideas. 'During difficult times, art is the only rescue,' she says. 'Life would be so empty without it.;

At the core of her practice is a reinterpretation of siah-mashq or 'black practice,' a traditional exercise in which the calligrapher writes large, cursive letters repeatedly across the page in a dense, semi-abstract formation. Inspired by American Abstract Expressionism, as well as the work of Iranian and Middle Eastern modernists who pioneered the use of the written word as a pictorial element in the late 1950s and early 1960s, Fathi transforms siah-mashq into intricate compositions articulated in a refined colour palette of red, yellow, blue and black. She invites open interpretation of her compositions by refraining from giving titles to her works.

In this new series, we see Fathi introducing bold new colours that depart from her traditional primary hues. Brilliant swaths of neon pink, orange and green enliven the composition and play off raw, gestural brushstrokes, while thousands of intricate lines coalesce into deep pools of ink black, creating moments of stillness.

Fathi also employs new materials. She's set aside the canvas she usually works on in favour of aluminium composite, which she laser cuts into dynamic, asymmetrical shapes that activate the painting's surface. Some of the works are cut and painted to look like the corners have folded onto themselves, like dog-eared pages of a book. Others have triangles or diamonds notched out. Despite the atypical shapes, there is a harmonious sense of symmetry between format and composition.

To bolster the bright colours, Fathi incorporates elements of light into some of the paintings. This is not the first time she's worked with light as a medium. Beginning in 2007, Fathi moved beyond paint and canvas, producing several series that reinterpret her characteristic hatch marks through the mediums of video and lightboxes. In these new works, tubes of colourful neon bisect some of the paintings down the middle adding warmth, while others are lit from behind, giving the appearance of buoyancy, as if the painting is floating on the wall.

In her earlier works, Fathi would often take the composition beyond the pictorial plane, placing her delicate lines across, up, down and off the edge of the canvas, connecting one work to the next. Spaces between the panels act as a breath taken between thoughts or sentences. This suggests the works, while physically separated, are somehow linked as if something is going on below the surface. In this new series, the focus remains on top, with light and bright colour punctuating the composition. It's as if the artist is steering us to take solace in what's directly before our eyes, because, for now, the simple, visceral pleasure of reveling in colour, movement and light is how we pretend everything is all right.

Golnaz Fathi has a Bachelor of Arts degree in graphic design from Azad University, Tehran, and a diploma in Iranian calligraphy from the Iranian Society of Calligraphy. She is widely recognised for expanding the tradition of calligraphy and pushing it to new heights. Her works are inspired by American Abstract Expressionists and Iranian and Middle Eastern modernists who pioneered the use of the written word as a pictorial element in the late 1950s and early 1960s. Technically brilliant, she has developed a new visual language, which reconciles the ancient with the contemporary.

Golnaz Fathi has been recognised with numerous awards and accolades. In 1995, she was named Best Woman Calligraphist by the Iranian Society of Calligraphy. In 2010, she was invited to be a member of the selection committee of the renowned Sharjah Calligraphy Biennial and in the following year was chosen to be a Young Global Leader Honoree by the World Economic Forum.

Let’s Pretend Everything is All Right

Sign up to be among the first to know when new exhibitions by Golnaz Fathi or at Sundaram Tagore Gallery open.