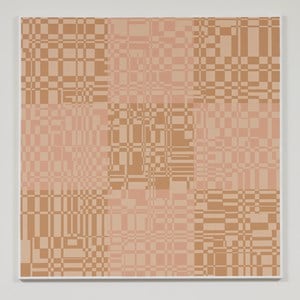 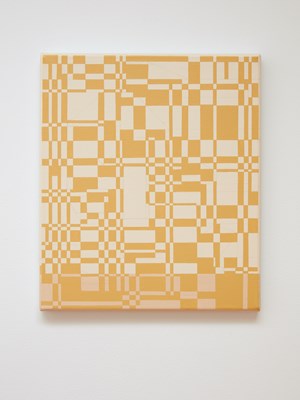 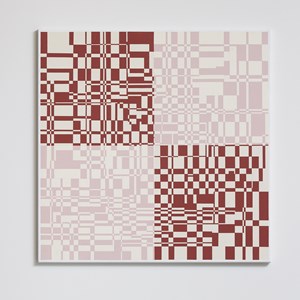 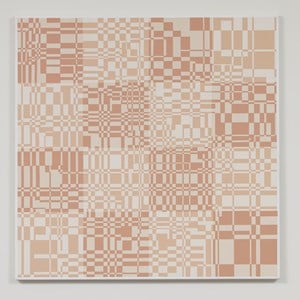 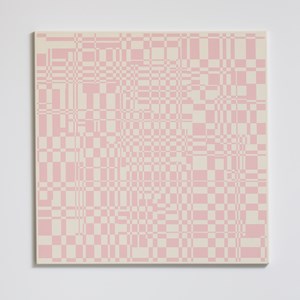 Selina Foote's new suite of paintings, sisters, daughters, draws on a series of historic artworks by 19th century women artists. The exhibition features four large-scale paintings that draw on the work of Berthe Morisot, Mary Cassatt, and Eva Gonzales. Foote reworks the organic forms and gestural brushwork of this source material into new geometric architecture. Referring directly to the subjects of the original paintings — the sisters and daughters of Morisot, Cassatt and Gonzales — the exhibition title also references Foote's own artistic genealogy: a homage to these three impressionist painters, and a critical engagement with the lineage and legacies of geometric abstraction.

In sisters, daughters, Foote aligns herself more explicitly with this maternal line of impressionists through their chosen subjects: portraits of Morisot, Cassatt and Gonzales' own sisters and daughters. Though these subjects were the models the artists had at hand, their selection also reveals aspects of the artists' lives, alongside other layers of meaning. In relation to this focus on female family relationships, the scale of many of Foote's paintings has also notably increased here, amplifying her direct connection to the lives — and work — of women.

Speaking to her unique process of reinterpreting historic artworks from photographic reproductions, the artist states,

"I use paintings which I have mostly encountered through reproductions in books and on the internet. The true scale of the paintings, their three-dimensional nature, the canvas — with its edges, sides, corners and weave, as well as the actual gesture of the paint and the trace of the brush, have all been taken away.

The reproduction is a thing in itself. It has its own size and scale, its own palette, surface and texture, and perhaps most importantly, the framed object is reduced to two-dimensions. Because the source painting has been mediated by photography and exists now as a reproduction, it must undertake a process of becoming a painting, while already representing one.

Shadows, line and colour from these source paintings start to inform a new image. In this sense, the image becomes a trigger to commence the painting process. It solves the problems of composition by setting and defining the probabilities of the canvas. The canvas is no longer blank. What goes where has already been decided before a mark has been made."[1]

Foote's explanation of her methodology reveals a productive tension at play: inspired by the work of pioneer women impressionists in a mode which is consciously subjective, she reinterprets formal aspects of specific paintings in to new, hard-edged geometric compositions.

Her process begins when a reproduction of a painting is chosen from a sea of possibilities. A sketch is made from the chosen photographic reproduction, but not a copy of its representational subject matter. Rather, it is an idiosyncratic kind of map. A grid is overlaid, and key features — a shadow around an eye or a dab of paint — are recorded as specific points on the grid. These reference points — a kind of constellation — form the structural foundation for a new painting.[2] Pencil construction lines often remain visible in the final works, giving them a provisional, open-ended feeling.[3] While embedded in the process of developing the new works, the source paintings become — through this process of translation — no longer visible, she tells me. "Only a hue from the original, or a title might hint at the source."[4] In this sense, her practice at once pays homage while retaining a critical distance.

Foote's paintings traverse the field of Modernist abstraction and the lineage of the grid. Here we see the grid softened by a fleshly, muted palette evocative of skin and earth tones. Their compositions also pulse with a dynamic interplay of positive and negative space in oscillating proportions based on the symmetry of the square canvas: with each work incorporating a double-grid increasing incrementally from 1:1 to 2:2, 3:3, and 4:4.

Based in London for a period, Foote travelled extensively through Europe in 2013 and 2014, researching the work of late nineteenth- and early twentieth-century women artists. She has subsequently worked with these artists' paintings as raw material for several years, including for the Two Rooms solo exhibition The Pink Morning (2017), and group exhibitions Model Painting (2017) and Materialised (2017). Her early responses to works by male artists, such as Manet and Rembrandt, are evident in her Two Rooms solo exhibition Ray (2014), and the group exhibitions The Smoothing of Things (2015), and Over Under Sideways Down (2016).

The artist notes, "these historic paintings by women, produced at the same time as works by Manet and other early Modernists, explore the canvas as object, exposing it through loose and at times, sparse brushwork — incorporating the materiality of the object into the image itself".[5] Hence, Foote sees her work as "informed by these gestures along with paintings along the trajectory of Modernism, from these early breaks from tradition through to works by Frank Stella, Robert Ryman, Anni Albers and Agnes Martin".[6] The thin white borders of primed yet unpainted canvas salient in these new works reinforce this assertion of the painting as object. Though the eye may be pulled into the energetic pictorial space of these paintings, it is also pushed back to the surface and the frame of the stretcher.

Foote describes her approach to art history as "gleaning" from history.[7] She avoids the low-hanging fruit of the historical canon, instead recasting lesser-known works, or works by lesser-known artists, in a new light.[8] In sisters, daughters, she engages with artists who in some cases were historically marginalised because of their gender — subtly recuperating and re-energising our understanding of their contributions — while using their work as a point of departure to create new contributions of her own.[9]

Sign up to be among the first to know when new exhibitions by Selina Foote or at Two Rooms open.