All of Christo and Jeanne-Claude’s projects are free and open to public, and are paid for through the sale of Christo’s original works of art. This process has allowed the artists full creative control and to freely pursue their singular aesthetic vision. Though they comprise an expansive array of materials and have occurred in diverse places around the world, all of Christo and Jeanne-Claude’s projects share a common impermanence—re-envisioning their environment, allowing viewers to see spaces with a new consciousness that lasts long after the work of art is removed. 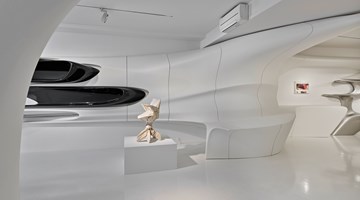 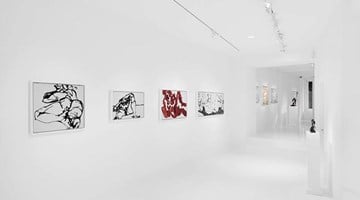 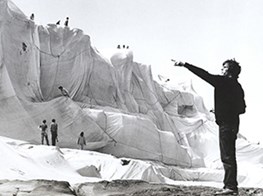 It was 50 years ago, but Penelope Seidler still recalls how she got involved in Wrapped Coast, the first Kaldor Public Art Project. 'I can remember John coming back from a trip and he said "Christo wants to wrap up a coast, that's what he wants to do. Do you know anywhere where he could do it?"' Seidler pauses, 'I was sort of bemused. I... 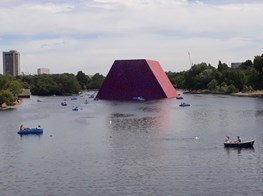 LONDON—In one sense, The London Mastaba, a temporary floating sculpture by Christo newly installed in Hyde Park’s Serpentine Lake, is about nothing. Like much of Christo’s work it is purely a visual phenomenon meant to be experienced, as opposed to a vessel by which to communicate layers of meaning or an agenda, and much of the accompanying... 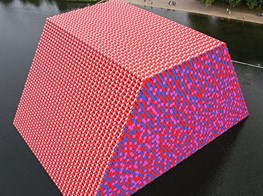 An 83-year-old Christo was late to our interview in February. He was busy traipsing across Kensington Gardens, battling sideways rain, scouting potential locations for The London Mastaba, which was officially unveiled this week in Hyde Park. 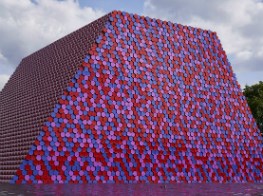 Wearing a hard hat and a cargo jacket, the artist Christo stood on a platform looking over the Serpentine lake one April morning and watched his latest creation come to life. As ducks glided across the water, men in orange jumpsuits began assembling the installation, a crane hovering above their heads. The London Mastaba, Christo's first major...

Be among the first to know when new artworks and exhibitions by Christo are added to Ocula.
Sign UpLogin