Jompet Kuswidananto was born in Yogyakarta, he divides his time between Bali and Yogyakarta, Indonesia. He studied Communication at the Faculty of Social and Political Science of Gadjah Mada University, Yogyakarta. He was a musician and during 1995-1999, he produced recording albums and performed in several gigs. Visual arts then became the main focus in the years after, trained and learned to be visual artist by and from the local art community.

Kuswidananto produces installations, videos, sounds, performances and scenographies. Working for years with Teater Garasi, a Yogyakarta based contemporary theatre group, gives a significant influences to the artistic approaches. xts. In much of his work, the idea of a ghost as a forgotten memory or haunting social presence has given birth to kinetic installations where symbols such as military costume come alive with sound and light.

In January 2014, he won the best installation category at the inaugural Prudential Eye Awards in Singapore with his work, Cortege of the Third Realm. 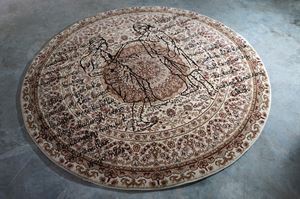 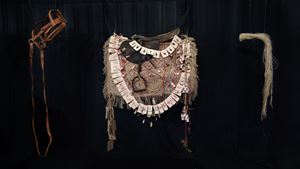 Ocula Conversation Zoe Butt on the Challenges and Rewards of Curating By Maria Nicolacopoulou, Sharjah

Zoe Butt is the artistic director of The Factory Contemporary Arts Centre in Ho Chi Minh City, the first purpose-built space for contemporary art in Vietnam. Founded in March 2016, the Centre was desi

M+ has been steadily building their collection since the late 2000s, unlike many of the museums built in the period 1990-2010 as part of a global museum building boom and that opened without a single artwork to their name. Barcelona’s Museu d’Art Contemporani, London’s The Power Station of Art and Beijing’s Red Brick...

The voices of Indonesian contemporary artists are gaining an increasing profile in Australia along with the region. Yogyakarta is a thriving arts center, attracting artists and curators from around the region for cultural exchange. Indonesian artists appear in biennials and triennials, and are closely watched and supported by commercial galleries...

Roots. Indonesian Contemporary Art  runs at the Frankfurter Kunstverein until 10 January 2016. The invited artists belong to a ‘Post-Reformation‘ generation in Indonesia that emerged in 1998, roughly 30 years after Suharto’s autocracy. Characterised by a newfound freedom of expression and experimental liberties, contemporary...

Discover Indonesia, from September 9 to 13 at venues across Glasgow including CCA, the Glue Factory, GFT, Glasgow School of Art, the Burrell Collection, Kelvingrove and the Royal Conservatoire of Scotland celebrates 70 years of independence for the nation in a burst of vibrant, colourful events. Trend-setting innovator and renowned visual...

The Tropenmuseum, Amsterdam has commissioned Grand Parade - a major art installation for its Great Hall — by the renowned Indonesian artist Jompet Kuswidananto. In his work he shows a constantly changing world and the way in which the identity of individuals and groups change with it. Dozens of human figures with drums and weapons...

Sign up to be notified when new artworks and exhibitions by Jompet Kuswidananto are added to Ocula.
Sign UpLogin